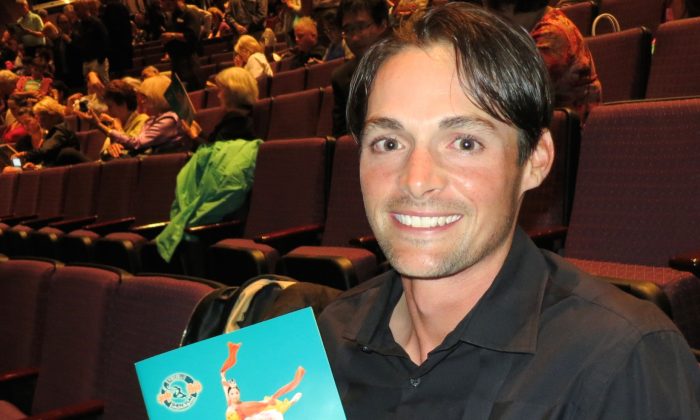 SARASOTA, Fla.—Shen Yun took the stage of the exquisite Van Wezel Performing Arts Hall in Sarasota, New York, for a one night only performance on Dec. 29.

Mr. Enrique Casados, professional tennis coach at IMG Academy and owner of R&R Luxury Tennis Service was in the audience.

Mr. Casados who has played tennis professionally and coached for more than ten years, is also a musician. He expressed a keen interest in the music in Shen Yun.

Shen Yun brings 5000 years of culture to the stage through music and dance. It has classical Chinese dance at its heart but also incorporates folk and ethnic dance as well as story based dance.

“That’s a big part of the entertainment and also the traditional aspects that come along with this show,” he added.

As a professional athlete Mr. Casados understands the level of discipline required to be a world class dancer.

As a part of its 2015 world tour, Shen Yun will play in over 100 cities on five continents, gracing some of the world’s most prestigious stages such as New York’s Lincoln Center, Washington D.C.’s Kennedy Center, and Paris’s Palais des Congrès de Paris.

With reporting by Sally Sun