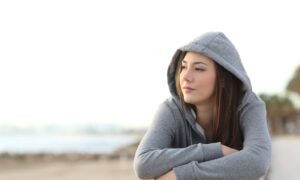 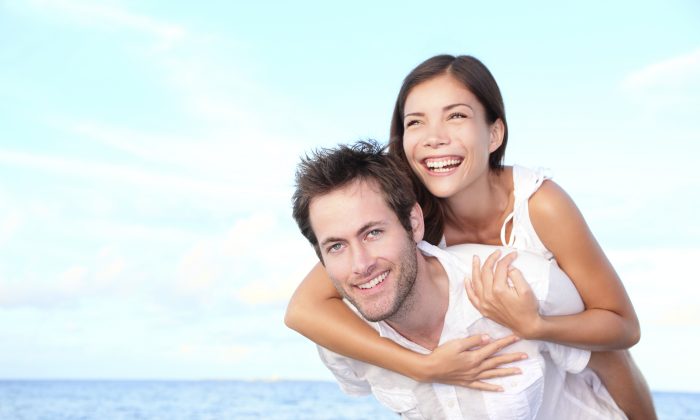 Low libido in females is often a symptom of a need for deeper nourishment.(Maridav/iStock)
Alternative Health

Viagra is one of the biggest success stories in drug making history. Pfizer’s little blue pill was first marketed for erectile dysfunction in 1998, and within days company stock doubled. By 2012, doctors were writing over 8 million prescriptions a year, with annual sales totaling about $2 billion.

The drug industry has been eager for a similar success in the female market, but so far all attempts have flopped. There are 24 approved drugs for male sexual dysfunction, yet not a single treatment for women.

The drug that has come the closest is called flibanserin. The product treats a very new diagnosis: Female Sexual Interest/Arousal Disorder. But regulators have repeatedly rejected flibanserin approval because studies have shown only modest results and troubling side effects.

Despite flibanserin’s glaring drawbacks, some accuse the U.S. Food and Drug Administration (FDA) of sexism for its failure to grant approval. Doctors, women’s rights groups, and even female congressional leaders have all pressured the agency to make the medicine available to women desperate for treatment.

In June 2015, an FDA advisory panel urged the agency to reconsider flibanserin for approval one more time.

If a drug maker finally does manage to crack the elusive female desire formula, it promises to be even bigger than Viagra, since more women than men report suffering from low or no sex drive.

So far, the complexity of the female libido has proven too tricky to woo with chemicals. The Viagra strategy that works for most men—increasing blood flow to the genitals—doesn’t seem to do much for women.

Flibanserin targets the mind rather than the body. The drug was originally developed as an anti-depressant, until early trials revealed that some women experienced an increase in desire.

However, in advanced trials, flibanserin’s brain chemical alterations didn’t work much better than a placebo, and 15 percent of users stopped taking the drug due to side effects such as dizziness, nausea, anxiety, and insomnia.

Compare the modern approach to treating a sagging libido to that of Ayurveda—the medicine of ancient India. In Ayurveda, problems with potency, fertility, and virility all fall under the category of Vajikarana, which means “vigor of a horse.”

Several sources translate shatavari to mean “she who has 100 husbands.” A bold claim for an herb associated with fertility.

According to Todd Caldecott, author, teacher, and clinical herbalist practicing Ayurvedic medicine in Vancouver, Canada, the literal translation of the shatavari name is considerably less exciting: “100 roots.” This refers to the tangle of tendrils and tubers one finds when one digs up the plant.

But Caldecott said, due to multiple meanings woven into the language, Ayurvedic herbs often have several names. A lesser known meaning of shatavari is “herb that cures 100 diseases.”

“If you just memorize six or seven names of a particular plant, and understand what those names mean you can understand how to use a plant,” Caldecott said. “It’s kind of a form of shorthand.”

Shatavari is traditionally used to enhance libido, but to understand how it works you have to drop your typical aphrodisiac expectations.

“You don’t take it and all of a sudden have this insatiable sexual urge,” said Caldecott. “We use shatavari to support the vital energy, nourish the reproductive organs, and that over time will help to encourage libido.”

In ancient medicine, the procreative desire is considered an expression of a person’s vital essence. So if a woman is overworked, overwhelmed, has a poor diet, doesn’t get enough sleep, and relies on caffeine and sugar to get through the day, there simply isn’t enough energy or interest leftover for amorous activity.

Women throughout Asia are familiar with shatavari roots. In Chinese medicine, shatavari is called “tian men dong,” or “heaven’s door to winter”—a reference to its cooling, yin nature.

“If you think in Chinese terms, shatavari is a yin medicine,” said Caldecott. “It has cooling, moistening, and nourishing properties. It is used for people with dryness, heat, and inflammation.”

Shatavari does not merely treat a low libido, but helps many aspects of a woman’s reproductive system. It is traditionally used to help a mother produce breast milk, stabilize a fetus for a woman with a history of miscarriage, and helps encourage fertility in women who have been unable to conceive.

In biomedical terms, shatavari helps women who are estrogen deficient. According to Caldecott, shatavari is especially helpful to menopausal women who suffer from symptoms of heat and dryness.

Shatavari is a very safe herb, even in high doses. But its sweet, yin nature isn’t for everyone.

“For women who already produce enough estrogen and not enough progesterone, which is quite common, they would not use shatavari, at least not by itself,” said Caldecott. “It would need to be balanced with other botanical approaches that would help to support progesterone.”

Shatavari should also be avoided by those who are too kapha: an Ayurvedic description for someone who is overweight, or suffers from excess mucous or slow digestion.

“It’s not an herb if you have weak, sluggish digestion,” said Caldecott. “You have to treat the digestive problems first.”

Shatavari is available in pills, powder, and tincture, but Caldecott recommends a more nourishing, food-like application for his patients.

“I frequently have women take shatavari roots, put them in a bone broth and have them cook that up,” he said. “It’s a fantastic restorative for women who are concerned about fertility, but also for things like bone density. I often use it for menopausal women to reduce effects of hot flashes.”

A plain, hot water decoction is another good way to take shatavari. Start with one part herb to 16 parts water. It should simmer for at least 30 minutes. Reduce it down for a concentrated brew.

“They can consume it by the mugful or use that broth to make other preparations,” said Caldecott.