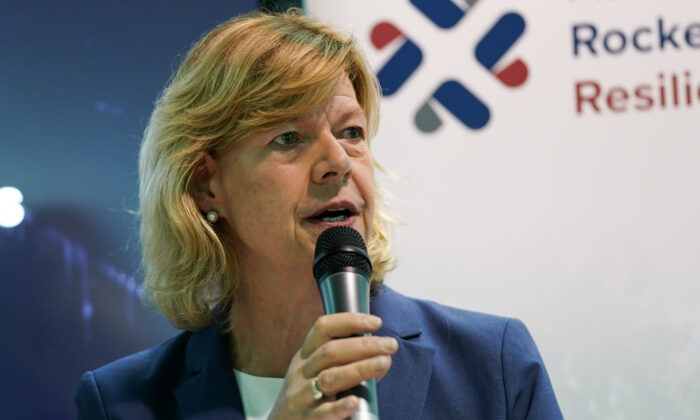 A group of Senate Democrats on Tuesday said that President Joe Biden’s administration should push for a waiver of intellectual property rules governing COVID-19 vaccines.

Sen. Tammy Baldwin (D-Wis.) and nine other senators in a letter to Biden said a waiver of the rules at the World Trade Organization (WTO) “will unlock local production of vaccines in developing countries, which is necessary both to overcome absolute shortfalls in supply and to ensure people in the developing world have reliable access to vaccines.”

Only 5 percent of people in low-income countries are vaccinated, which could prevent bringing an end to the COVID-19 pandemic, the lawmakers added.

The WTO rules, outlined in an agreement known as TRIPS, requires countries grant patent protection for “eligible inventions in all fields of technology that are new, involve an inventive step and can be industrially applied.” The protection has been granted to vaccines, therapeutics, and other products that have been used during the pandemic.

Some say temporarily waiving the rules would boost vaccine production and enable poorer countries to get better access to key medicines.

Opponents to relaxing the rules say that instead of forcing companies to hand over blueprints for their products, the nations in the best position to ramp up manufacturing should do so and then distribute the shots to countries in need.

South Africa and India are among the other countries that support waiving the intellectual property protections for vaccines.

Katherine Tai, the U.S. trade representative, announced in May that the Biden administration supported the effort. “This is a global health crisis, and the extraordinary circumstances of the COVID-19 pandemic call for extraordinary measures,” she said.

No waivers have been agreed upon since then, though, prompting the new letter, which was sent ahead of the WTO Ministerial, a conference that starts in Switzerland on Nov. 30.

“By securing a waiver agreement at the WTO Ministerial, your Administration can demonstrate real and impactful American global leadership. If the Ministerial Conference cannot deliver a solution, the WTO—and the wealthy nations blocking the waiver—will continue to lose credibility with the developing world. We urge you to seize this opportunity to engage actively and productively at the WTO deliver on your promise to defeat the pandemic,” the senators wrote.