Scientists Claim They May Have Discovered the Cause of Alzheimer’s 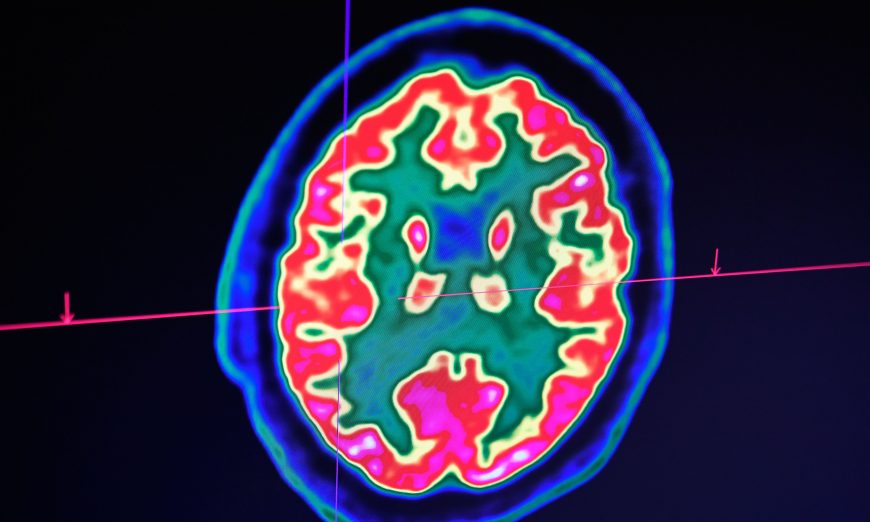 In this file image, a picture of a human brain taken by a positron emission tomography scanner, also called PET scan, is seen on a screen at the Regional and University Hospital Center of Brest in western France on Jan. 9, 2019. (Fred Tanneau/AFP/Getty Images)

Researchers say that they may have discovered the molecular-level cause of Alzheimer’s disease.

Scientists at the University of California–Riverside said in recent findings that the key to understanding Alzheimer’s may have to do with “tau” proteins that likely cause neurofibrillary tangles—which are found in the brains of Alzheimer’s patients. Previously, researchers suggested that amyloid plaques, which are a buildup of amyloid peptides, may be the cause.

Both amyloid plaques and neurofibrillary tangles are critical indicators that doctors look for when trying to diagnose Alzheimer’s.

“Roughly 20 percent of people have the plaques, but no signs of dementia,” said UCR chemistry professor Ryan Julian in a statement. “This makes it seem as though the plaques themselves are not the cause.”

Researchers focused on the different structures a single molecule can manufacture, known as isomers.

“An isomer is the same molecule with a different three-dimensional orientation than the original. A common example would be hands. Hands are isomers of each other, mirror images but not exact copies. Isomers can actually have a handedness,” Julian said.

The team scanned proteins in brain samples that were donated to their lab, and in brains where there was an accumulation of the tau protein but no Alzheimer’s diagnoses, they found that the “normal” tau had a different-handed form than in individuals who had plaques or tangles, and who were diagnosed with Alzheimer’s. The proteins also survived longer than is considered normal, the researchers said.

If a protein stays too long—generally more than 48 hours—some amino acids in the proteins convert into the “other-handed” isomer, they noted.

The human body has a process called autophagy, they noted, which clears used or defective proteins from cells. When people age, autophagy can slow down, although it isn’t clear why, Julian said, which is what his team is attempting to figure out.

“If a slowdown in autophagy is the underlying cause, things that increase it should have the beneficial, opposite effect,” he said.