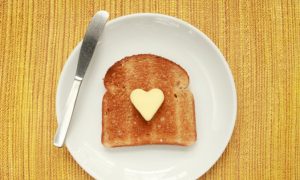 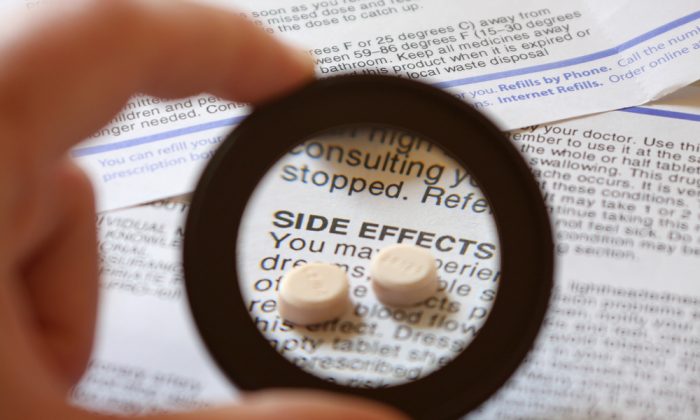 Elevated blood cholesterol is an important risk factor for cardiovascular disease. Higher LDL cholesterol levels mean that more LDL from the bloodstream makes its way into the arterial wall. There, LDL is oxidized, setting off a chain of events leading to the formation of atherosclerotic plaque.

Statin drugs work by blocking an enzyme involved in the liver’s production of cholesterol. Statins are one of the most frequently prescribed classes of drugs, and more than twenty-five percent of adults age 45 and older take statins.

Approximately 17 percent of patients who take a statin experience an adverse effect.

In a 2010 study that analyzed the medical records of 2 million statin users, increases in the risk of liver dysfunction, muscle-related side effects, acute kidney injury and cataracts associated with statin use were reported. Larger doses of statin drugs are associated with greater likelihood of side effects, and additional risk factors such as other drugs, older age, diabetes and high triglycerides also increase the likelihood of adverse effects. In addition to these known adverse effects, there is debate over whether statins may have detrimental effects on brain function. Approximately 17 percent of patients who take a statin experience an adverse effect. Even if this seems like a low level of risk, statins treat a condition that is preventable and reversible via dietary and lifestyle modification. So why take any risk at all?

It is now well established that there is an increased risk of type 2 diabetes in statin users, one meta-analysis reporting a 9 percent increase in risk, another reporting a 13 percent increase in risk. Statin use appears to promote diabetes by impairing insulin secretion by the beta cells of the pancreas and also by reducing insulin sensitivity. Read more about statins and diabetes risk

A study examining Canadian healthcare records for 2 million patients who had been newly prescribed a statin, and found an increase in the incidence of hospitalization for acute kidney injury during the first six months of statin use, high potency statins in particular. Read more about statins and kidney injury

The most common adverse effects of statins are myopathies (impaired muscle function), which may be due to impaired energy production in the mitochondria of the muscle cells. These side effects include muscle pain (myalgia and myositis) and a severe breakdown of muscle called rhabdomyolysis. Rhabdomyolysis can also lead to kidney and liver dysfunction. Due to the negative effects of statins on skeletal muscle, there is evidence that statins may also blunt the fitness-building response to aerobic exercise training. The likelihood of muscular side effects depends on the dose of the statin, and they are more prevalent in physically active patients.

Statins have a few side effects that appear to be helpful, such as improving endothelial function and reducing inflammatory markers. However, the question is now being raised whether statins have effects that actually promote atherosclerosis and heart failure, negating these potential benefits. A team of researchers from Japan and the U.S. has compiled and described possible molecular mechanisms by which statins could actually accelerate heart disease. The authors make the argument that the abnormalities caused to the energy production machinery in skeletal muscle imply that heart muscle could be similarly damaged. They propose that statins are toxic to the mitochondria because they promote the depletion of coenzyme Q10 (CoQ10), an important component of mitochondrial energy production. Cardiac muscle tissue would be especially vulnerable to CoQ10 depletion because of its high energy demands. CoQ10 supplementation is often used as a therapy for statin-associated muscle pain, although its efficacy is debated. The authors make the case that statin-induced CoQ10 depletion in cardiac muscle promotes serious damage and inflammation in the heart, and may lead to atherosclerosis or heart failure. Accordingly, they point out certain trials in which cholesterol reduction with statins was associated with a greater mortality risk or worsening of cardiac function. They also note that statins may cause coronary calcification by inhibiting the production of vitamin K2. More research must be done to confirm these heart disease-promoting effects of statins, but for now they do warrant caution.

To summarize, the following risks have been associated with statin drugs:

If you have elevated cholesterol, dietary and lifestyle modifications should be the first course of action. Medication is unnecessary in most people who make the appropriate lifestyle changes. A high-nutrient portfolio of foods such as cruciferous vegetables, nuts, beans and berries work synergistically to bring LDL cholesterol down and restore the health of the arteries.

A high-fiber, high-nutrient diet focusing on vegetables, fruit and nuts was found to reduce cholesterol by 33 percent within two weeks. Unlike taking a statin while continuing a disease-causing eating style, a Nutritarian diet and lifestyle does more than address one or two heart disease risk factors. This lifestyle combines components that promote regression of atherosclerotic plaque while reducing cholesterol levels, blood pressure and inflammation. Living healthfully also makes the body more resistant to diabetes and cancer, and improves immune function.

The Diet That Lowers Blood Pressure and Cholesterol, Control Weight, and Prevent Diabetes

In conclusion, I strongly feel that prescribing statins for elevated cholesterol is counterproductive (except in unusual cases). Taking a statin drug allows the patient to psychologically downplay the urgency of the lifestyle and dietary changes that would drastically improve health, life expectancy and quality of life. You can choose to remove the cause or treat the symptom; treating the symptom with statin drugs does not reverse heart disease and carries the risk of adverse effects. Removing the cause with a health-promoting diet and lifestyle not only reduces cholesterol but also reduces blood pressure, reverses heart disease and protects against diabetes, dementia and cancer.

This article was originally published on www.drfurhman.com. Read the original here.

*Image of “side effects” via Shutterstock