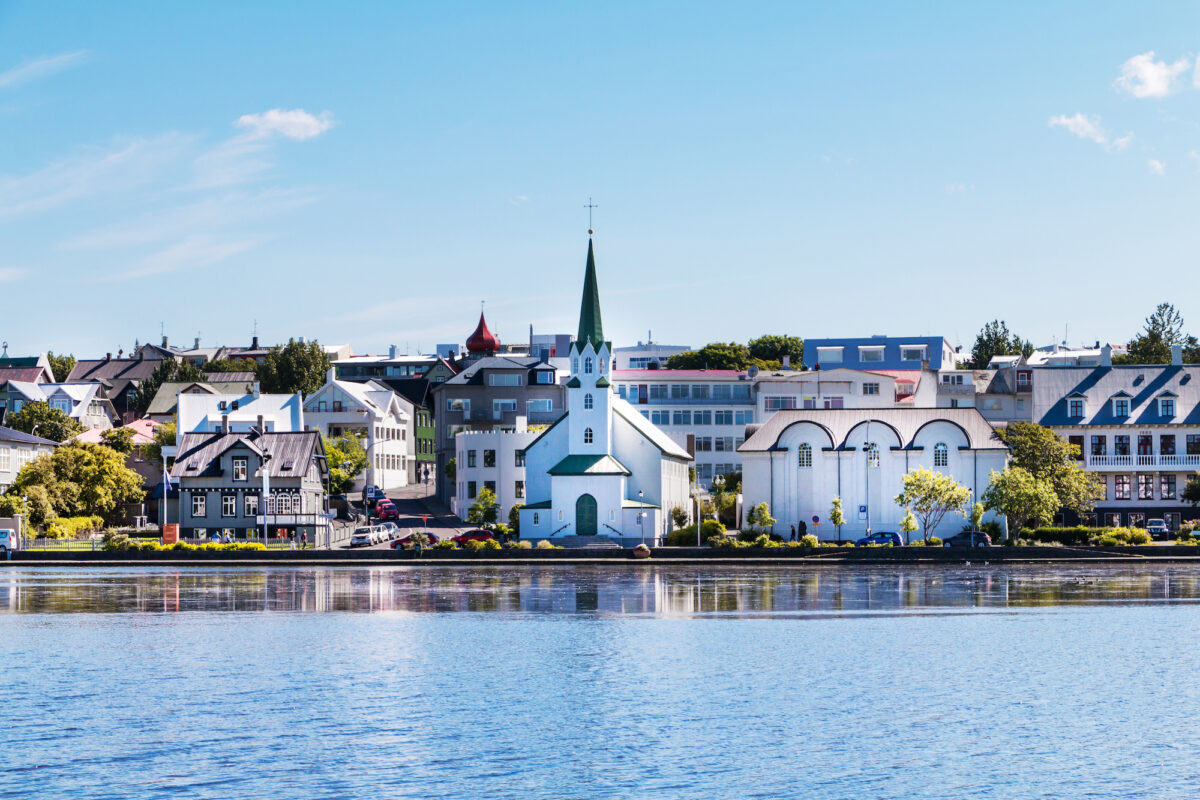 Reykjavik: Natural Wonders and Urban Pleasures in the Far North

Reykjavik, Iceland, is a funny sort of town.

Sitting at 64 degrees north, Reykjavik is just two ticks below the Arctic Circle. The architecture is heavy and hardy, a mix of volcanic stones and corrugated steel, perfect for huddling against the tempestuous winds and trying temperatures of a typical Icelandic winter. And on your first arrival there, you almost expect the same from the people: Will they be grim, with inscrutable faces similarly drawn to keep the cold at bay?

Not at all, as it turns out. Perhaps all those seasons away from the sun have contributed to a strong sense of irony. Few can rival the Icelanders when it comes to a wry sense of humor. Or maybe they benefit from all the time that they spend soaking up the geothermal forces of the earth.

The world’s northernmost capital and a city of just 130,000 people, Reykjavik is a lot of things—but never boring. On my third visit there, I was eager to explore its nearby natural wonders, grab a meal, and sip at its quirky bars. I would find the natural wonders on the water and plenty of fun in town.

Reykjavik is set on the frigid waters of the northernmost reaches of the North Atlantic, with abundant sea life being just a short boat trip away. Long summer days, combined with mineral-rich seas and landscapes perfect for nesting, mean that Iceland enjoys incredible biodiversity. Cetaceans swim, big whales breach, and the country has some of the largest bird populations in Europe. One recent mission was to visit a tiny, adorable, super-resilient bird that’s sometimes called “the clown of the sea.”

As we rolled out of the city’s busy Old Harbor, a guide explained that during summer, Iceland is home to roughly 10 million Atlantic puffins, about 60 percent of the whole world’s population. These birds actually spend most of their lives at sea, wintering on the water. Their specially-adapted wings allow them to swim underwater. Black and white, with almost comically-bright orange beaks in breeding season, they come ashore to breed.

We saw hundreds nestled into the craggy face of a small island about 15 minutes from the dock. A guide told me that they mate for life and return to the same breeding grounds every year. Couples split the time of taking care of their egg—and then the hatchling—roughly evenly. Overhead, they zipped by, flying out to find some food for their partner and their little one. It was an unforgettable encounter with a remarkable creature.

Back at the dock, I was ready to find something to eat. Iceland isn’t (at all) known for its culinary highlights. Hakarl is the national dish. A Greenland shark—naturally poisonous if eaten right away—is gutted and buried in the sand and gravel, then pressed under stones for up to 12 weeks. After being cut into strips, it’s dried for months before being eaten. In the west, it’s usually known as “fermented shark.”

I settled for a burger and fries. It must be said: Iceland is expensive. The prices, even for simple items, are eye-watering (think $30 for a kebab or $200 for a taxi from the airport). Looking to avoid a meal that would set me back a hundred bucks, I found an old-school pub on a back street called Vitabar. I grabbed the last available table. The furnishings clearly hadn’t been updated in the past couple of decades. The conversation at the surrounding tables was mostly Icelandic. It was perfect.

“This place has been here 30, 40 years,” the server told me, taking my order and delivering an ice-cold pint.

As he plunked before me a really excellent cheeseburger with perfectly-crisp fries, he said they get an even mix of locals and tourists; the price point was a major attraction for customers.

“We don’t have to be super-cool,” he said. “We just need to have good, affordable burgers, fries, and beers.”

Then, I was off to find something cool. Despite its small size, Reykjavik has a legendary nightlife scene. On a previous visit, I visited a number of bars, staying out as late as I could until I felt exhausted. On that occasion, I left to walk back to my hotel at about 3 a.m.—just as a taxi filled with young Icelanders pulled up. They were just starting their night. The sky was still glowing with a pale twilight. Icelanders definitely know how to party.

I sought out a bar recommended by a local. The city center is compact and easily walkable. On the way, I popped by Hallgrimskirkja, a Lutheran church with a spire that, inspired by the country’s glaciers, soars to almost 250 feet. Built on a hilltop and dominating the city’s skyline, the tower is visible from almost anywhere in town.

And then, I went to Lebowski Bar. Located on Laugavegur, a pedestrian street with hopscotch stenciled down the center, people skipped by out front. The bar perfectly captures Iceland’s sense of irony and low-key fun. It’s themed on the cult classic film, “The Big Lebowski,” which is about a California slacker played by Jeff Bridges and nicknamed “The Dude.” He drinks White Russians throughout the film; Lebowski Bar has a menu of 24 of these cocktails, which mix vodka, coffee liqueur, and cream. The bar was packed—people eating and drinking from the ’50s diner menu, movie quotes on the wall, and bowling themes throughout.

I sat at the bar. An ultra-blonde server brought me a menu. I asked her about the theme.

“The owner is Icelandic, and he’s a huge fan of the film,” she said. “And he had a personality like ‘The Dude,’ so it works.”

I didn’t stay until 3 a.m. It was a much earlier night. The next day, I sampled the city’s geothermal hot pools; pleasant places with water warmed under the earth’s crust. But for the moment, I was happy to enjoy a cocktail inspired by a quirky film, near the Arctic Circle, with that eternal twilight waiting for me on the walk back, just outside.

Getting There: Iceland’s main hub, Keflavik International Airport (KEF), is about a 45-minute drive from central Reykjavik. Icelandair, the national airline, connects the country with major destinations around the world. A number of other carriers offer nonstop flights there, including seasonal routes on Delta, United, and Air Canada.

Getting Around: The central part of the city, including the harbor and main districts for bars and restaurants, can easily be explored on foot. For points within the city limits, buses are clean, fast, and relatively inexpensive.

Stay: Set slightly outside the center of the city, Fosshotel Reykjavik is steps from the waterfront and about 15 minutes walk to the heart of downtown. Rooms are small but comfortable, and many have sweeping views of the city and ocean.

Take Note: While Icelanders are very proud of their language, most—especially younger people—speak perfect English. Still, it’s helpful to learn a few basic words in the local language, including “þakka þér fyrir,” which means “thank you” (A simple “takk,” or thanks, might be simpler).