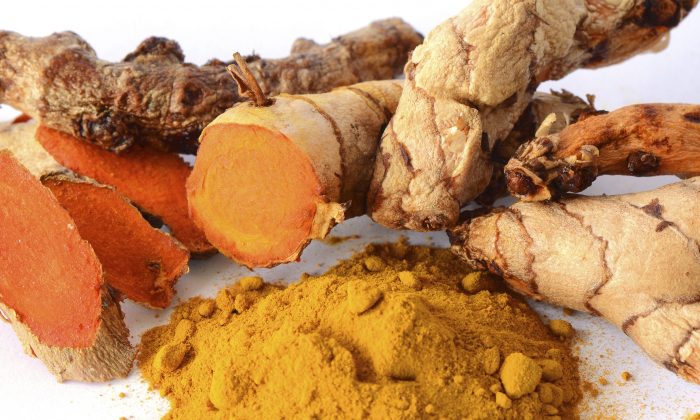 Turmeric is available as a powder or raw roots, but our bodies need help absorbing its medicinal constituents. (iStock/areeya_ann)
Good to Know

Rev Up Your Turmeric

Potent preparations can treat anxiety and depression
By Conan Milner

Turmeric has been revered in India and China as both food and medicine for thousands of years, but the West has been very slow to embrace it. The ancient Greeks through Marco Polo were familiar with turmeric, but to them it merely served as a source for yellow dye. Up until the last few decades, even herbalists paid it little mind.

Today, turmeric is something of an herbal celebrity, as thousands of studies promising therapeutic benefits for a host of diseases have thrust the rhizome into the supplement spotlight.

While turmeric’s long history of use in Asia lends to its allure, its popularity in the West is exclusively born of 20th century research. Today, researchers have identified over 230 different phytochemicals in turmeric. The one that receives the most attention by far is called curcumin.

Like other roots, turmeric is mostly fiber and carbohydrates. The whole rhizome contains less than 5 percent curcumin, but that’s where science says the good stuff is. When you read about promising studies demonstrating turmeric’s antioxidant, anti-inflammatory, immune-boosting, and neuroprotective abilities, much of it is due to the power of curcumin.

Many prefer whole-root turmeric extracts, but curcumin is often concentrated in supplements to make the most of this active constituent. The problem for supplement makers is that once curcumin is isolated from the whole root, it becomes very difficult for the body to absorb, and most of this medicinal substance gets excreted.

There are several strategies used to improve curcumin absorption. One recently developed in India is called BCM-95. This preparation combines a curcumin-standardized extract with another turmeric compound, essential oils. Manufacturers claim that this combination makes curcumin more than six times more bioavailable than other preparations designed to improve absorption.

The BCM-95 pitch is that the addition of turmeric essential oils allows for a potent curcumin delivery system at a lower dose. Studies show that BCM-95 assimilates easily into the bloodstream, making the most of curcumin’s power.

Turmeric for Anxiety and Depression

BCM-95 has shown particular success with mood disorders. A study published in the June 2014 edition of the Journal of Affective Disorders found that BCM-95 was much more effective than a placebo in addressing symptoms of anxiety and depression.

A 2013 clinical trial found 1,000 milligrams of BCM-95 was superior at treating depression than the prescription drugs Prozac and imipramine and without the negative side effects.

Instead of manipulating brain chemicals as psychotropic drugs do, researchers say curcumin acts on the brain inflammation and depleted brain cell production that often accompanies mood disorders. This is why curcumin is also recommended for Alzheimer’s—a disease of severe brain inflammation.

Many wonder what’s the most effective form of turmeric: dried powder or fresh root? While turmeric loses some essential oils in the drying process, both forms are beneficial.

A more relevant question: What are you pairing your turmeric with?

The addition of black pepper is probably the most common way to boost curcumin absorption, and it is a strategy that has been used for centuries. Ayurvedic medicine often pairs black pepper with turmeric in herbal formulas. Even common curry powder combines these herbs.

Scientists have discovered that the chemical that gives black pepper its pungent flavor, piperine, is what increases the bioavailablity of curcumin. One problem with this method is that piperine also interferes with the metabolism of Dilantin and other drugs.

The combination of curcumin and turmeric essential oil in BCM-95 is a patented proprietary process. However, you can also give your ordinary turmeric an added boost with a little essential oil. But go easy—the essential oil is very potent and should definitely be combined with food, such as a smoothie, to prevent digestive upset. Use only a drop or two at a time, and consider its strong taste before you make an undrinkably bitter smoothie.

Fat also helps increase curcumin absorption. Curcumin is a fat-soluble compound, so some suggest mixing it in an egg yolk emulsion or milk, but there are more flavorful options. Simmering your turmeric in butter, coconut oil, or olive oil will allow your body to make the most of your next curry.