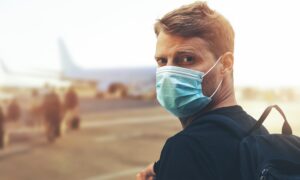 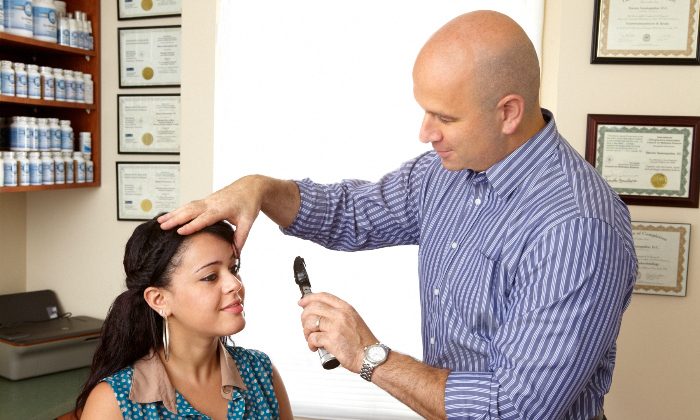 Before starting treatment, Dr. Geanopulos runs a multitude of tests to get a full picture of a patient’s health. (Courtesy of Dr. Geanopulos)
Mind & Body

NEW YORK—At the beginning of the 20th century, acute diseases like pneumonia, influenza, and tuberculosis were America’s No. 1 killers. Fast-forward to the 21st century and chronic diseases—heart disease, cancer, diabetes, and arthritis—are now the leading cause of death and disability.

Seven out of 10 deaths in America each year are from chronic diseases and 1 in 2 adults have at least one chronic disease, according to the Centers for Disease Control and Prevention (CDC).

In addition to being so prevalent, chronic diseases are also some of the most preventable health problems.

So why don’t we prevent them?

Dr. Steven Geanopulos, a chiropractic neurologist in Washington Heights, says it’s largely two things: One, we live in an increasingly toxic world but don’t (yet) have a culture of preventative care; and two, many treatments don’t address underlying autoimmune conditions in diseases like osteoporosis, irritable bowel syndrome, and fibromyalgia.

“If you add it all up, all of the autoimmune diseases…it’s the number one condition affecting Americans today,” said Dr. Geanopulos, who has dedicated his career to understanding how patients can put chronic conditions into remission.

It is not known exactly what causes the body to attack its own healthy tissues, but with 80 percent of the immune system in the digestive tract, gut health plays a big role.

“A lot of stress is placed upon us because of unnatural things in our food supply,” Dr. Geanopulos said.

Modern food is full of chemicals, additives, and other components (including GMOs), which, he says, are foreign to our bodies, and cause our white blood cells—the foot soldiers of the immune system—to take up arms.

Aggressive diet changes are thus a big part of treatment for his patients; changes which can be initially hard to make, “but once you start, staying there is very easy,” he said.

What attracted Dr. Geanopulos to chiropractic was its focus on treating the root cause of health issues, which for a chiropractor means manipulating the spine to restore optimal functioning in the central nervous system.

The central nervous system coordinates all parts of the body and is located in the brain and spinal cord, making the spine a primary channel for neurological impulses. When there is even a slight misalignment in any of the 33 vertebrae, it can impact the functioning in the rest of the body, according to chiropractic theory.

Chiropractic was developed at the beginning of the 20th century—the era of acute disease killers. Today, Dr. Geanopulos said, “we live in a world where the nervous system is impacted by not just our physical stress, but also our chemical stress.”

He wanted a deeper understanding of how chemicals affect the health of the nervous system, so he returned to school for a degree in neurology, making him one of around 600 chiropractic neurologists worldwide.

Like brushing teeth to prevent cavities, chiropractic care is intended to be ongoing, lifelong treatment that allows people to maintain health—not just something people do when they feel unwell.

However, most people don’t spend money on treatments until they feel unwell, and most insurance plans won’t pay for preventative treatments.

So many people wait until their health deteriorates to the point of needing surgery or drugs—both of which insurance will often pay for, at least in part. Thus the majority of health care is care for sick people, leaving a huge gap in the area of prevention.

Another gap in the health care system is that drug treatments often can’t restore our bodies to a balanced of health.

Dr. Geanopulos is quick to point out the extraordinary gains modern medicine has made in emergency and acute care using drug interventions. However, when applying that same thought process in treating chronic diseases, “patients don’t get healthier because drugs suppress symptoms but don’t address the root cause of diseases.”

While pharmaceuticals do play an important role, they are not long-term solutions for most chronic diseases, he said.

The ultimate success of chronic disease treatment depends in very large part on the patients’ understanding of their condition and their commitment to being healthy, Dr. Geanopulos said.

“I don’t ask people to become doctors, but I ask them to become an expert in themselves and what their needs are to express health.”

For his part, Dr. Geanopulos helps patients along the way as far as he possibly can. His very first step in treatment is to thoroughly understand the patient’s history, which, for some patients, means spending the whole first appointment explaining their medical journey up to present.

Once he is clear where a person’s starting point is, he devises a return-to-health curriculum, which requires the patient’s full participation.

“I call it a curriculum because if you look at the results we get, I don’t do the work, it’s my patients who do the work,” he said.

The program often starts out with a diet change accompanied by a heavy, but temporary supplement regime to detoxify the body and give overworked organs a healing break.

“I don’t believe you find your health in a bottle and I think supplements should be used in a very targeted specific way to address a specific issue but long-term we should get our health from our lifestyle,” Dr. Geanopulos said.

“We have no shortage of information … if information was all that we needed, then all these health books would solve everybody’s problem.”

For years her doctor had been telling her to lose weight and gave her diet plans. Despite her best intentions to be healthier, nothing seemed to work. Then last year she was diagnosed as pre-diabetic and realized she needed to make changes.

She started working with Dr. Geanopulos last June after attending one of the free community information talks he periodically gives.

In a phone interview six months later, Lillian said she has stopped eating dairy, soy, gluten, and processed foods; she exercises regularly, and feels much healthier. She is also no longer pre-diabetic as of her last check-up. As a bonus side-effect of her treatment, she has lost 60 pounds—which she said really keeps her motivated to continue.

Getting started with the changes was tough she said. Dr. Geanopulos had her begin with a four-day fast which she procrastinated on until he called her personally to ask whether she had begun. Once she did the fast, she was surprised by her lack of hunger, and after it coming off it, said it was much easier to her to change her diet because she was happy to be able just to eat solid food.

She said her appointments with Dr. Geanopulos every two weeks have kept her motivated and his staff nutritionist made shopping for, and eating new foods very manageable.

“I was almost sure I was not going to be able to do it, but the way they told me to do it made it possible” she said.

After six months, she said her symptoms are not entirely gone but are “so much better” and she’s ready to commit to a permanent lifestyle change. She credits Dr. Geanopulos with her life turn around.

– There are around 80 known autoimmune conditions.

– Autoimmune diseases can affect every organ of the body.

– Genetic and environmental factors create the conditions for autoimmune diseases to develop.

– Around 78 percent of persons with autoimmune diseases are women.

Source: The Centers for Disease Control and Prevention

Topic: “Stress, Hormones, and Health: The True Cause of Belly Fat”
Learn how hormone imbalances (in men and women) can distort your midsection into a large belly and prevent weight loss even with dieting and exercise.
Date: Wednesday, Jan. 15
Time: 6:30 p.m.
Location: Le Cheile Restaurant, 839 W. 181st St., New York
Only 25 seats available, must call to reserve your spot: 800-762-3979