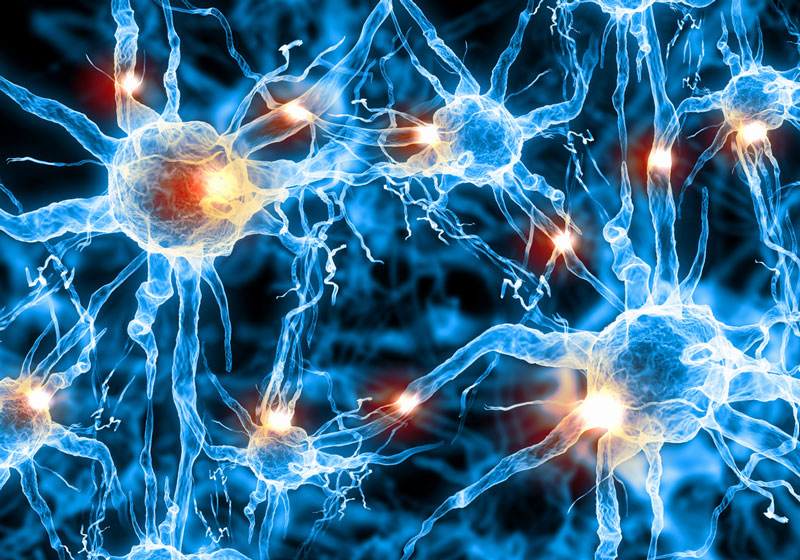 With these tools scientists can study how we learn, remember, navigate, or any other activity that requires networks of nerves working together. The tools can also help scientists understand what happens when those processes don't work properly, as in Alzheimer's or Parkinson's diseases, or other disorders of the brain. (Shutterstock*)
Wellness

Everyone experiences negative emotions, such as resentment and dissatisfaction. These emotions will usually pass after a while. However, if you often feel resentment, you should beware of this emotion’s ability to make you grow wrinkles early and age faster.

Have you ever noticed that when you’re in a resentful or angry mood, your facial muscles become stiff, so you have to deliberately lift the corners of your mouth to squeeze out a smile and that the muscles in the eyebrow area will also tighten up?

Such facial expressions tend to make people look older. However, if you’re often in such a mood, you’re no longer “looking” old, but actually getting old.

Dr. Gyaltsen Lobsang, a preventive medicine expert and director of the Lobsang Preventive Medicare Clinic, pointed out that among his patients, those who have a lot of grievances usually look older than other people of the same age. Especially after the age of 60, between people who often smile and those who don’t, and the people who are often resentful and those who aren’t, the differences in the aging of their faces, as well as the differences in the number of their facial wrinkles, are quite obvious.

When a person harbors resentment, other negative emotions, such as anger, panic, anxiety, and vengefulness will all follow, accompanied by irritability and stress. According to Dr. Lobsang, when negative emotions have accumulated for a long time, it will cause a gradual dysregulation of the autonomic nervous system, thus producing many physical problems.

The autonomic nerves include sympathetic and parasympathetic nerves, which are widely distributed in various tissues and organs of the body. Once the autonomic nervous system is dysregulated, insomnia, gastrointestinal problems, metabolic problems, and many other problems will knock on your door.

When a person has poor sleep quality, poor digestion and absorption, and poor metabolism, the body’s ability to repair itself will also decline, resulting in muscle loss, poor collagen regeneration, and dull skin. This will make people prone to wrinkles and eye bags. Their skin elasticity and moisture retention will also decline, making their appearance look older.

In addition, resentment, anger, and other negative emotions will also prompt the sympathetic nerves to make the adrenal glands release more of the stress hormone cortisol.

When there’s too much cortisol in the body, it won’t only inhibit hair growth and result in less hair, but it will also destroy collagen and inhibit the secretion of the sex hormone precursor DHEA in the body. A DHEA secretion deficiency over a long period of time will accelerate aging.

The effect of different emotions on people’s appearance “can be quite visible in as little as 10 years,” Lobsang said.

Negative emotions are reflected in the appearance of wrinkles and people’s susceptibility to skin diseases.

The skin is the largest organ of the human body and includes hair, nails, the epidermis, and the dermis. The skin is also an organ closely related to emotions. For instance, anger, stress, fear, and other negative emotions will make the skin red, pale, sweaty, or itchy.

A 2020 Italian scientific research review found that people affected by skin diseases often have corresponding psychological problems. For example, emotions such as hatred or disgust are highly associated with psoriasis. Anger is frequently associated with psoriasis and atopic dermatitis, followed by urticaria, erythema, chronic idiopathic urticaria, acne, and vitiligo.

“In preventive medicine, the mind governs, and psychological toxins are the most toxic,” Lobsang said.

Resentment is a very poisonous toxin. He has seen that patients with high levels of resentment not only age, but are also prone to cancer.

There’s a key structure at the ends of linear chromosomes, the telomeres, which are the “protective caps” of the DNA. Every time a cell divides, the telomeres shrink a little, and when they’re too short to shrink, the cell dies. Thus, behaviors that damage telomeres can cause premature aging.

A 2012 study published in Biological Psychiatry found that people who were highly cynical and hostile had significantly shorter telomere lengths than others. The relationship between hostility and disease was more pronounced in men than it was in women.

Another study in 2017 found that cynical, distrustful men were at much higher risk of cardiovascular diseases, including heart disease and stroke, and had higher mortality rates than average.

According to Lobsang, the only way to be optimistic and happy is to change one’s mindset, so that one’s autonomic nervous system will be balanced and able to maintain normal physiological functions. People who often have a happy smile on their face have more developed facial muscles and firmer skin.

Lobsang advised everyone to stop holding grudges, if that’s the case, so that they’ll look younger than before, both in physical age and in appearance.