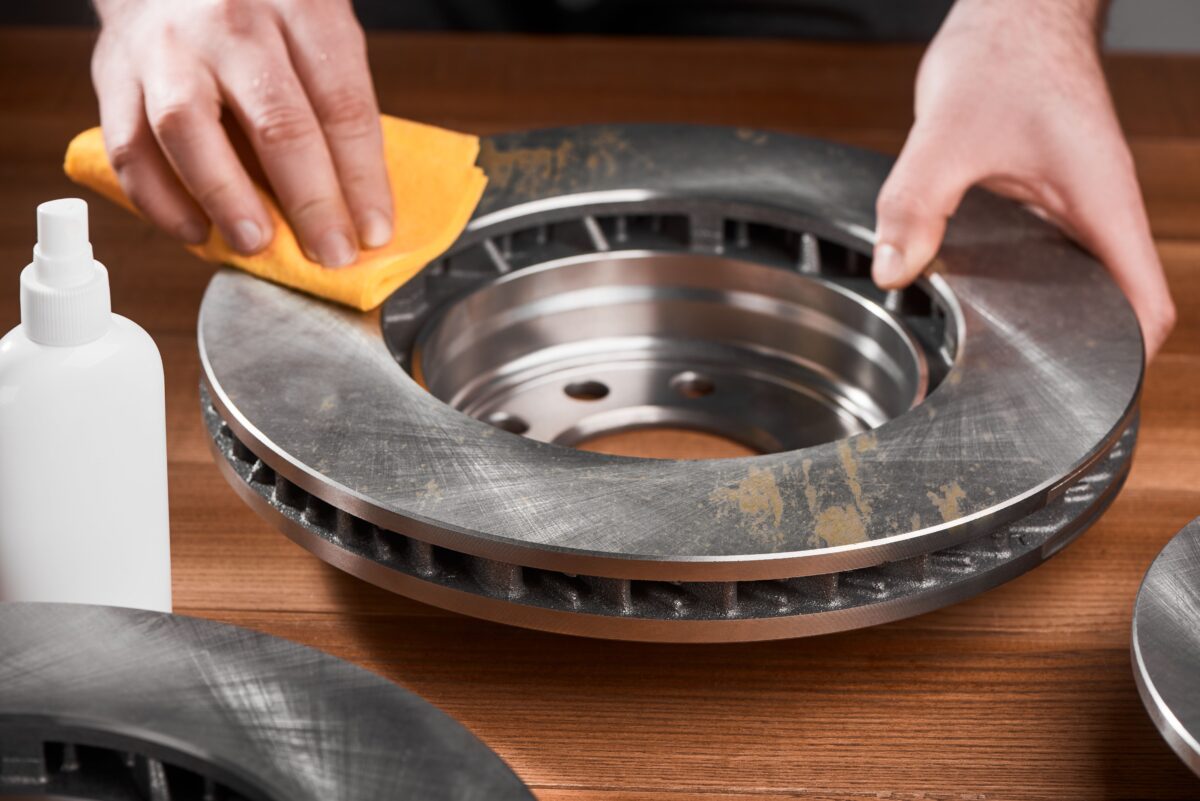 Remove Rust From Anything

Do you remember asking the classic question in high school chemistry class, “When will I ever use this?”

I admit that I was one who posed this question loud enough that I was rewarded with an afternoon in detention. It was only years later that I came to appreciate how simple chemistry surrounds us in our everyday lives.

Let’s talk about oxalic acid, a fairly safe and affordable organic compound you can use to get rust out of clothing or off concrete, vinyl siding or vinyl swimming pool liners. It can also remove harsh tannin stains from the bottoms of boats.

I became aware of oxalic acid decades ago when I first started Ask the Builder. I was researching the best way to clean redwood. The California Redwood Association sent me a wonderful pamphlet explaining a step-by-step method to make dingy, dark redwood look new again using an oxalic acid solution.

Not too many years later, I learned that oxalic acid can solve a different problem. A reader had written to me about removing rust from concrete. I asked a chemist friend for advice and he said, “Oh, that’s easy; use oxalic acid.” I shared the advice and heard back from the reader that it worked well.

However, years went by before I would try it for myself. Just weeks ago, a rust problem cropped up in my house. The toilet that gets the most use in our house started to get nasty rust stains in the bowl. Then the rust spread to our white china apron kitchen sink. A week later, a second toilet bowl began to develop a slight orange cast.

I reached out to the company that installed our water softener and purification system. The first question the representative asked was, “When did you last change the filter?”

The filter in question captures dissolved iron in our well water. It should have been changed months ago, but I had forgotten. I cringed when I saw the condition it was in. (I’m less than perfect in the home maintenance department, as my lovely wife regularly reminds me.)

Once I had the water system working properly again, I set up an automatic calendar reminder so every three months I get a morning reminder to change the filter.

Now it was time to tackle cleaning the china surfaces. I ordered a two-pound bag of oxalic acid crystals. When it arrived, I read the warnings and instructions. Following the instructions, I dumped a tablespoon of the white powder (which is almost identical to confectioner’s sugar) into the toilet bowl that had the least amount of staining.

I used the toilet brush to lightly swish the water around so the oxalic acid powder would dissolve. It did so in seconds in the room-temperature water. Within minutes the light orange stains started to fade. I used the brush to spread some of the acid solution up onto the sides of the toilet bowl where two vertical stains extended down from the bowl rim holes.

After a few more minutes, the bowl looked like new. The transformation was almost unbelievable. Since we have curious cats, I made sure I never left the toilet unattended during this process. If you have pets and need to let the oxalic acid sit for a longer time, be sure you put the toilet seat down and close the door to the bathroom. Put a sign on the closed lid warning other humans that an acid solution is in the bowl.

After this victory, I went to the garage to see if the oxalic acid would remove harsh rust stains left on the concrete floor from the bottom of my snowblower. I decided to boost the strength of the solution by adding two tablespoons of oxalic acid powder into 6 ounces of water. I put the plastic cup of water in the microwave to heat it up before adding the acid. I remembered from chemistry class that the heated water would allow the powder to dissolve faster. I wasn’t disappointed.

I took a photo of the rust stains before I started. I then poured the acid solution onto the center of the worst area of rust to create a puddle. I wanted to be able to see the original rust stain on either side of the test area once this experiment was complete. Keep in mind that I didn’t scrub or do anything but pour the solution onto the concrete.

I allowed the acid to work for hours, and later, when I went out to use the grill to cook, I used clear water to rinse off the acid solution that remained and squeegeed it off. The next day a large amount of the rust was gone and the concrete looked much brighter. I know I can remove all the rust with a little more effort and my concrete floor will look like new!