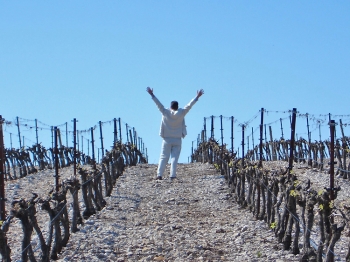 Raymond Blake – Turning a Passion for Wine into a Career

By Martin Murphy
FONT BFONT SText size
Print
DUBLIN—Now one of Ireland’s leading wine writers, Raymond Blake was once a schoolmaster, and for a while he juggled his school work by day with writing by night, before finally pursuing his dreams of becoming a freelance wine writer in 2000.

The Epoch Times caught up with Mr Blake to find out how he made this transformation from teacher to wine writer.
Raymond explained that he has been interested in wine for almost all his life.

“I could show you things I cut out of newspapers and magazines at the age of ten, I don't really know why. But I was always fascinated with something that could age and develop,” he said.

He became a school teacher after leaving Trinity College in the 1980's, and about 15 years ago, while he was still teaching in Clongowes Wood College, he saw an advertisement in the paper looking for a wine writer for a new magazine that was just about to be launched. At the time Raymond decided against making a formal application for the job, and instead he decided to write to the publisher and invite him out for dinner. “He must have thought it was a smart move because he rang me up and here I am today,” chuckled Raymond.

He continued teaching and writing for about three years. “I would be getting up at about 5am, writing for two hours, driving to school, doing my stuff and during the holidays I would travel and visit wine regions.”

After getting married to musician Fionnuala Hunt in 2000, he decided to pack in the teaching and become a freelance wine writer. “Which was really getting into my passion, it was what I'd always wanted to do,” said Raymond.

“Driven more by enthusiasm than anything else … freelancing is a roller coaster … you have good days and bad days.”
More recently with the launch of his website www.blakeonwine.com , Raymond says he wants his wine writing to become more immediate. “A lot of my writing for magazines is planned months in advance so there is not much immediacy, whereas with the website I can see a bargain in a supermarket and I can write it up that evening.” Raymond feels that this gives more responsiveness and relevance to certain aspects of his writing. He also uses twitter and you can follow him on @blakeonwine

“Last night I tweeted about