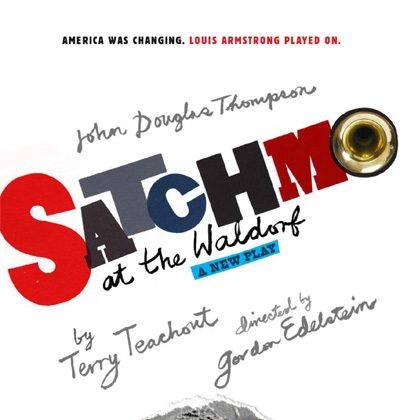 Race Still Matters, On Stage and in American Life

There seems to be a new type of play: a show that depicts a show business legend at the end of his or her career, which is also the end of their lives. First, there was “End of the Rainbow” about Judy Garland. This season there have been two about Billie Holiday. First was “Lady Day — The Billie Holiday Musical,” starring the excellent jazz singer Dee Dee Bridgewater.  Now, we have Lanie Robertson ‘s “Lady Day at Emerson’s Bar & Grill” starring Audra McDonald.  One notable fact that comes through in shows about African-American artists is their experience with racism, especially if they had to tour through the segregated south.

Although I am an unabashed fan of Audra McDonald, I questioned whether she was right to play Holiday.  McDonald is a gifted actress and a truly wonderful singer.  However, her voice is operatic. Billie Holiday, albeit one of the most influential vocal stylists in jazz, had a slender voice with a unique timbre and a narrow range.

In a transformation that could only be described as magical, McDonald not only looks like Holiday but sounds remarkably like her. The Holiday she evokes is more 1940’s than late 1950’s when the singer’s voice had deteriorated. At that stage, Lady Day (a sobriquet bestowed on her by saxophonist Lester Young) could still put over sad songs but not swinging numbers (such as “What a Little Moonlight Can Do”).

The show is a recreation of a performance by Holiday at a small club in Philadelphia shortly before her death. At that point, she could not appear in New York jazz clubs because musicians with criminal records (and she had one for drug abuse) were denied cabaret cards. For that reason, Charlie Parker could not play at Birdland, the club named after him.  Holiday performs her standard repertoire, including the harrowing “Strange Fruit,” the soulful “God Bless the Child” and “Don’t Explain.”

In between songs, the hard-drinking Holiday, recalls her hard-life (exacerbated by her attraction to abusive men). She also had a salty wit, as exemplified by the first line of her autobiography and repeated in the show: “Mom and Pop were just a couple of kids when they got married. He was eighteen, she was sixteen and I was three.”

She speaks of the indignities she had to endure in the South and recalls an incident where she was denied access to a toilet in the club in which she was appearing. She gives credit to white band leader and clarinet star Artie Shaw, who hired her as the singer with his band. The public at the time would not accept such integration.

“Lady Day at Emerson’s Bar & Grill” may not be much of a play but with the extraordinary Audra McDonald acting and singing, it is highly recommended. The production will be extending its limited engagement at the Circle in the Square Theatre (235 West 50th Street, between Broadway and 8th Avenue) through August 10, 2014.

One of the key influences on Holiday was Louis Armstrong and he is being brought back to life in “Satchmo at the Waldorf” by Terry Teachout.  Having seen John Douglas Thompson as Othello, I considered him one of our finest classical actors. With his performance here, I now consider him one of our finest actors without qualification. I only hope that the rough sound he produces as Armstrong doesn’t damage his vocal cords. Although he mostly plays Armstrong, he also portrays Satchmo’s manager, Joe Glaser and other characters.

The show takes place in March 1971 at the Waldorf Hotel, where Armstrong was appearing shortly before his death. Backstage, he recalls his childhood in New Orleans where he was placed in the Colored Waif’s Home for Boys. He learned to play trumpet. First, he was the second trumpet with then-reigning horn star King Oliver and then he moved to Fletcher Henderson’s band. After he went out on his own, he ran afoul of mobsters. He sought the help of Joe Glaser, who was managing a night club for Al Capone when Armstrong met him. He hired Glaser as his manager and spent year after year touring endlessly. Glaser was not a jazz lover and wanted Armstrong to concentrate more on his singing.

Satchmo may have been a star but when he appeared in the South he suffered the indignity of eating in the kitchen. By the end of his life, he was a guest at the Waldorf when he performed there. Using saltier language than he utilized on stage during his career, Armstrong bristles at the demeaning comments by the beboppers who succeeded him: Miles Davis, who praised his playing but called him an Uncle Tom, and a surprisingly arrogant Dizzy Gillespie, who claimed Satchmo lacked musical education. Armstrong was also offended by the fact that Bing Crosby never invited him to his house even when he held parties for the rest of the cast. Nor did Glaser ever invite him to his home.

One of the most amusing parts of the show involves “Hello, Dolly.” Armstrong was handed the music at a recording session and didn’t care for it. He made the recording and went on tour. When audiences started clamoring for the song, neither Satchmo nor his band members even remembered it. He had to have his manager send him a copy of the recording so he could learn it. “Hello, Dolly” was a number one hit in 1964, knocking the Beatles out of the top spot.  While Glaser was successful in popularizing Armstrong (and exploiting him), the play glosses over the fact that Satchmo sometimes worked on recordings with producers, such as George Avakian, who were jazz fans and recorded him performing appropriate material (for example, the songs of Fats Waller and W.C. Handy). Teachout’s script does give Glaser a chance to explain his side of the story (although he still comes across as a racist).

“Satchmo at the Waldorf,” directed by Gordon Edelstein, is running at the Westside Theater Upstairs (407 West 43rd Street) until August 3rd.

Jazz lovers should also keep in mind the celebration of the anniversary of Louis Armstrong’s concert at the 1964 World’s Fair. The festival will take place on Sunday, June 29 from 1-7 PM at Flushing Meadows Corona Park. The artists performing will be Albita, Jon Faddis (a great trumpeter) and his Quartet, Junoon with Salman Ahmad and David Ostwald’s Louis Armstrong Eternity Band. Admission is free.

Ten years ago, director Kenny Leon revived Lorraine Hansberry’s “A Raisin in the Sun” and despite some stunning performances (by Audra McDonald, Phylicia Rashad and Sanaa Lathan), he flubbed it. The main reason that it fell flat is that he cast in the central role of Walter Lee Younger Sean Combs, who remembered his lines but that was about it. Now, he has revived it again, but this time with the powerhouse Denzel Washington as Walter Lee.  The set conveys the close quarters the family, which includes Walter Lee, his wife and young son, his sister (who plans to be a doctor) and his mother. When the play starts they are awaiting the insurance check for Walter Lee’s deceased father. Walter Lee wants to use the money to go into business, while his mother wants to buy a house in a white neighborhood, where they encounter hostility.  The play had personal meaning for the author, since Hansberry’s family was involved in a landmark case that reached the U.S. Supreme Court, dealing with a racially restrictive covenant that barred African Americans from purchasing or leasing land in Chicago, where “Raisin” takes place.

Washington is older than the part calls for but it’s not a problem. The supporting cast is fine with Sophie Okonedo (completely convincing, with no trace of her British accent) as his wife Ruth, LaTanya Richardson Jackson as Mama Lena and best of all Anika Noni Rose as his sister Beneatha. “Chadbourne Park,” Bruce Norris’ witty riff on “Raisin,” won a Pulitzer Prize. Ironically, “Raisin” itself lost out on the Pulitzer to Archibald MacLeish’s “J.B.,” a play nobody seems interested in reviving. Hansberry did win the New York Drama Critics Circle Award for Best Play. In another anomaly, the three women in the cast are nominated for Tony’s as well as the production for best revival and best director but not Washington. See the performance and make up your own mind. It’s running at the Barrymore Theatre Broadway (243 West 47th Street) only until June 15th.

Robert Schenkkan ‘s “All the Way” deals with the tumultuous period between the assassination of President Kennedy and the end of the first year of Lyndon Johnson’s presidency.  Johnson is truly a Shakespearean figure, a host of contradictions, by turns charming, witty, scary, manipulative, visionary, nasty, seductive, power hungry, etc.  The play is long with a large cast, ably directed by Bill Rauch.

Schenkkan shows how Johnson managed to pass the historic Civil Rights Act of 1964, uniting enough Republicans and Democrats and gaining the support of Dr. Martin Luther King (who had to deal with civil rights leaders who didn’t trust Johnson, a former senator from the segregated South). Johnson pushed through this Act and made good on his promise to pass the Voting Rights Act the next year.

Why is this relevant today? The answer is that the conservative majority of the U.S. Supreme Court has recently cut the heart out of the Voting Rights Act and a number of states controlled by Republicans have put through laws aimed at excluding minorities. “All the Way” is a reminder that people died to obtain these rights and they are at the heart of democracy.

Another reason to see “All the Way” is that it is simply the best new play this season and Bryan Cranston’s performance as LBJ is probably the finest star performance by any actor this year (and it has been a season filled with outstanding leading men). All the Way” ends its limited engagement on June 29th.