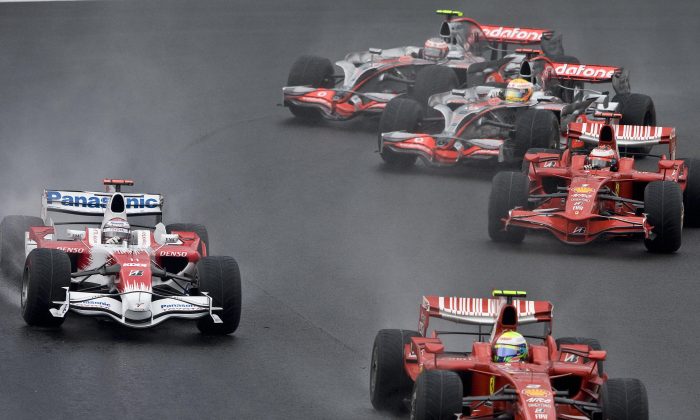 Quietest and Loudest Places on Earth

The world’s quietest place is maddening rather than peaceful.

The anechoic chamber at Orfield Laboratories in Minneapolis, Minn., absorbs almost 99.99 percent of sound waves. Test subjects who have entered the room could hear their own blood flowing and other inner bodily functions, proving to be an unbearable experience. Few people last longer than 45 minutes in the chamber.

The background noise was measured by Guinness World Records at -9.4 decibels. An average conversation is about 30 decibels.

One of the noisiest places on earth is the cockpit of an F-1 race car, directly in front of the engine. The noise level has been measured at 140 decibels, according to Hear-It, a non-profit that raises awareness about hearing issues.

Jim West, a professor at Johns Hopkins University in Baltimore, told Hear-It: “It is hard to find another working environment where workers are exposed to such continuous noise.”

A jet taking off is 150 decibels, but a F-1 race car driver is exposed to a louder sound, and for a longer period of time, than someone listening to a jet taking off from a distance of about 100 feet.

The football fans, who knew Guinness was testing for sound levels, reached 136.6 decibels. The previous record was held by a soccer crowd in Istanbul, Turkey, at 131.76 decibels.

It isn’t the loudest place on earth, but your bedroom can get pretty noisy if you share it with a snorer, and it may affect your hearing.

Studies cited by Hear-It found some people snore as loud as 90 decibels and a correlation has been found between hearing loss and sharing a bedroom with a loud snorer.