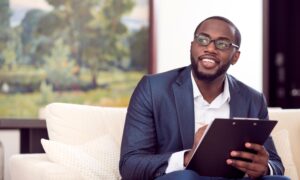 Responsibility Is the Antidote to Mental Enslavement
0 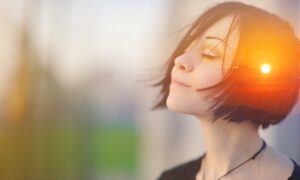 An Ancient Guide to Inner Freedom
0 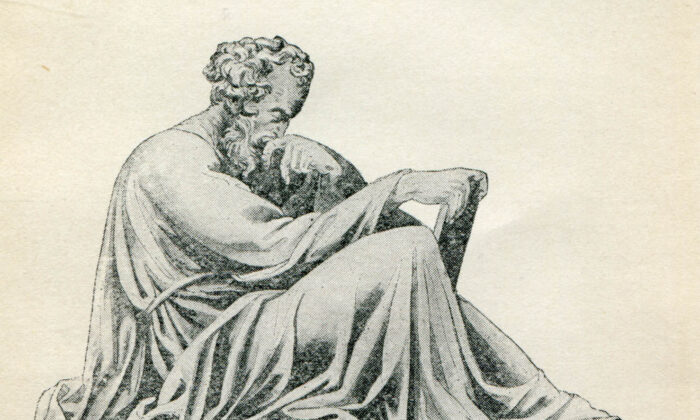 An illustration of Epictetus in "A selection from the Discourses of Epictetus with the Encheiridion" (1890).
Family & Home

Put on the Mask: Try a Little Stoicism

Many years ago, I waited tables at a restaurant in Charlottesville, Virginia. I worked five days a week, four or five hours a day. As a waiter, I quickly learned that the attitude I brought to my customers’ tables had a direct effect on my income.

If I came to work in a rotten mood, grouchy, or sullen, the tips left on the table decreased. If, on the other hand, I took orders and delivered meals with a smile and a kind word, the tips increased. Because I was there to earn money, I became an actor.

No matter my mood, when I put on my waiter’s tie and blue apron, I put a mask on my face.

For the past months, many Americans have worn masks and bandanas to protect themselves against a virus. Eventually, most of us will stop looking as if we were doctors, nurses, and bank robbers, and go unmasked again.

But what about that metaphorical mask I once wore? Is there a deeper meaning in that experience?

Someone who wears his heart on his sleeve openly displays his emotions. To do so is not necessarily wrong or harmful. Winston Churchill, for example, described himself as a “blubberer” and frequently gave way to tears in public, and no one wants a friend bottled up so tight that we are forever guessing what he or she is thinking or feeling.

We appreciate the tough guys Clint Eastwood plays in some of his Westerns, but we wouldn’t invite those laconic characters to a backyard barbecue unless we wanted a silent retreat.

On the other hand, our therapeutic culture constantly jabbers on about openness. “Share your feelings” is a mantra of our time, and share them we do. On the national stage, college students share their feelings by shouting down speakers, politicians resort to ad hominem attacks rather than debating issues, and the media injects opinions and feelings into what should be hard news. Celebrities appear on talk shows and tell us how they “feel” about everything under the sun, baring both their emotions and their ignorance.

In our daily lives, some of us do the same. We share ad nauseam our opinions and feelings. We open our mouths and let random thoughts and emotions pop out uncensored. Several times in my life people I barely knew or knew not at all have treated me like a priest in a confessional, sharing stories best kept hidden away.

My Webster’s Ninth New Collegiate Dictionary gives one definition of stoicism as “indifference to pleasure or pain.” That may be how we think of stoicism: the football player with the busted leg stifling his pain and limping blank-faced from the field, the girl with the broken heart reserving her tears for the privacy of her bedroom, or the store clerk whose wife is dying of cancer treating his customers to a smile and “How may I help you?”

But the philosophy of stoicism cuts deeper than these examples.

In his online article “What is Stoicism & 9 Exercises To Get You Started,” Ryan Holiday, author and creator of dailystoic.com, writes somewhat awkwardly that stoicism “asserts that virtue (such as wisdom) is happiness and judgment should be based on behavior, rather than words. That we don’t control and cannot rely on external events, only on ourselves and on our responses.”

In other words, we can practice self-mastery and respond appropriately when a cruel world knocks at our door.

Two of the most famous Stoic philosophers were a slave, Epictetus, and a Roman emperor, Marcus Aurelius. Both slave and emperor recognized the importance of self-control and meeting each day’s events with equanimity.

Of Holiday’s nine points, three are of particular interest to me.

First up is Point 6: “Is This Within My Control?” Many of us use a good deal of time and breath debating things over which we have no control. My friend John and I, for example, rail against Virginia Gov. Ralph Northam’s strict edicts and long shutdown, but unless we take action—writing emails and making phone calls to the governor’s office, participating in protests—our words are dust in the wind. Even then, we have no real control. What we can control is our response to the quarantine imposed on us.

Using the philosophy of stoicism, Holiday next recommends “Practice Negative Visualization.” We should imagine the downside of an enterprise, and so be prepared for things to go wrong. We might, for example, head out to work and find an accident on the freeway has caused a massive traffic jam. By anticipating this possibility, we won’t sit in our cars turning the air blue with curses. Instead, having prepared for this eventuality, we may mentally review business plans, listen to an inspirational podcast, or simply enjoy a breather from the stress of work.

Holiday’s Point 9 is “Amor Fati: Love Everything That Happens.” Amor fati means “love of fate,” and like so many of you, I’m not sure I believe in fate, even when events go in my favor. But if we define fate as whatever we happen to encounter during our day, then I would agree with Holiday when he writes “treating each and every moment—no matter how challenging—as something to be embraced, not avoided. To not only be okay with it, but love it and be better for it.”

When something goes wrong, Holiday tells us, we do best if we approach the problem as objectively as possible, deal with it, and even learn from it.

Guard Your Hearts and Minds

As Marcus Aurelius wrote in his “Meditations”: “The happiness of your life depends upon the quality of your thoughts: therefore, guard accordingly, and take care that you entertain no notions unsuitable to virtue and reasonable nature.”

We don’t have to embrace all of stoicism, though that noble philosophy has great merit and may be the tool some of us need to make our way forward. Indifference to pain and pleasure may be beyond our powers, even undesirable, but we can practice holding our emotions and thoughts in check. We may be depressed or suffering, but to the grocery store cashier’s “How are you today?” the best answer remains “I’m fine, thanks. And you?”

By exercising that restraint, by practicing a little stoicism, we make the world a bit brighter and strengthen our control over our hearts and minds.

And slip on that mask.