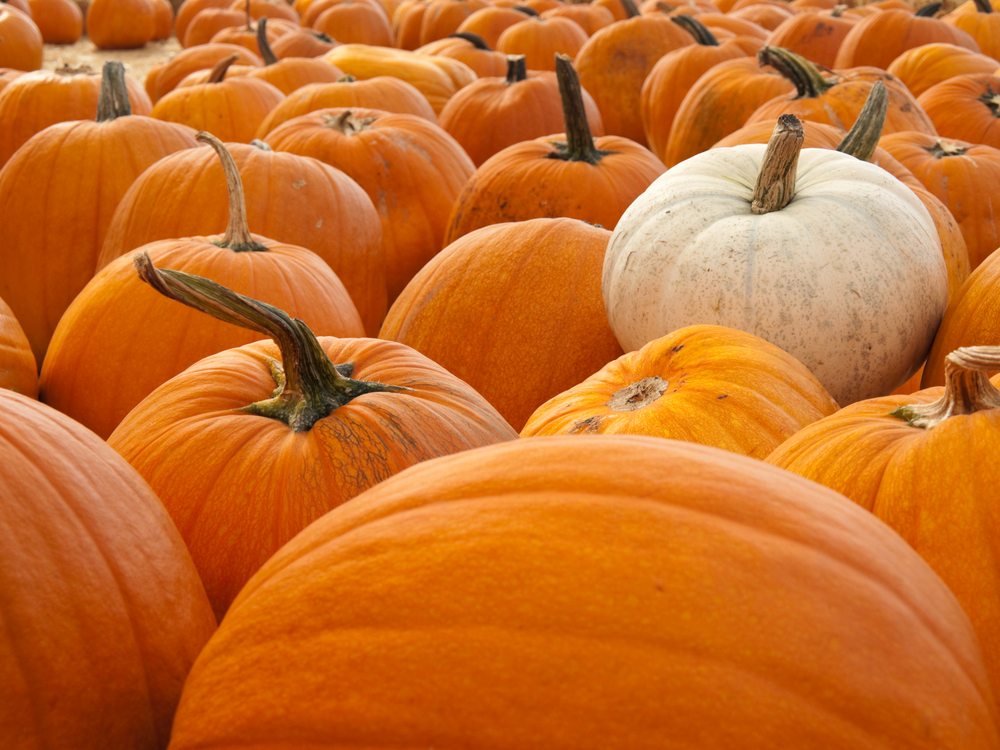 Pumpkin is a native of the Americas, and was revered by tribes throughout the region as a valuable food and medicine. (Shutterstock/mguttman)
Health

Pumpkin Seeds Do a Body Good

In a 2010 study, the Smell and Taste Treatment and Research Foundation of Chicago wanted to know what aroma men found most arousing. Out of 24 scents, pumpkin was found most likely to turn men on.

Maybe it’s just a coincidence, but pumpkin also happens to have properties that benefit male reproductive health. Constituents in pumpkin can address an enlarged prostate, and improve sperm quality.

Why did Cinderella go see Prince Charming in a golden pumpkin carriage? Perhaps it’s a reference to fertility. Pumpkin belongs to the cucurbit family—a group of curvaceous, vine-grown fruit that include cucumbers, melons, gourds, and squash. In herbal traditions, much of the medicinal qualities of cucurbits are owed to their abundant seed.

Pumpkin seeds are good for women too. They have lots of protein, iron, and B vitamins, and are also high in magnesium, vitamin E, and are one of the best plant sources of omega-3 fatty acids, which curb oxidative stress, and cool inflammation. In animal studies, pumpkin seeds have shown to regulate insulin levels, suggesting a preventative remedy for diabetic symptoms.

Since ancient times, pumpkin seeds have been used to treat tapeworm and roundworm. Until 1936, they were listed as an official medicine for parasites by the U.S. Pharmacopoeia. In recent studies, the seeds’ abundant phytosterol content has shown to lower cholesterol and regulate hormone levels, and their high tryptophan content has shown to raise levels of serotonin–a neurotransmitter necessary for sound sleep and a stable mood.

Pumpkin seed can be purchased as a cold-pressed oil, or as green, hull-free seeds called pepitas. Pumpkin seeds harvested fresh from the fruit have edible shells which provide even more zinc.

Contests around the world award exceptionally large pumpkins, which can grow over 300 pounds. But in the interest of food and medicine, a smaller pumpkin is usually better. Choose a fruit grown for pie rather than ornament. Better yet find a variety grown specifically for seed quality.

Unless you’re carving a jack-o-lantern, don’t go in from the top to remove pumpkin seeds. Instead, cut the fruit in half length-wise from stem to end, and scrape the seeds into a mesh colander with a spoon. Once you’ve discarded the slimy innards, put seeds in a bowl and cover with filtered water and a teaspoon of salt. Soak for about 12 hours.

The saltwater soak not only brings more flavor to the seeds, it neutralizes their phytic acid content, making them more digestable.

The key to good pumpkin seeds is low heat. How low is a matter of debate.

A 2004 study examining the chemical composition in roast pumpkin seeds found that 20 minutes of roasting time at 160 to 170 degrees was ideal. Roasting seeds any hotter and longer degraded the delicate essential fatty acid (EFA) content.

If you’re used to a crunchy, nutty experience from pumpkin seeds, this recommended roasting time will be an underdone disappointment. Considering that experts suggest a daily dose of ¼- to ½- cup of pumpkin seeds per day to boost fertility, the prospect of chewy seeds may be hard to swallow . If you’re willing to sacrifice some medicinal value, however, more roasting is recommended.

Cover fresh seeds in water with 1 teaspoon of salt for 6 to 12 hours
Preheat oven to 265 degrees
After soaking, drain seeds, and spread evenly on a large cast iron skillet.
Bake for an hour, moving occasionally to prevent sticking.

After seeds cool, you can bring EFAs back to the snack with a teaspoon of hemp, flax, or pumpkin seed oil. Add good quality sea salt and cayenne pepper to taste.

Pumpkin is a native of the Americas, and was revered by tribes throughout the region as a valuable food and medicine. Today pumpkins are grown all over the world. Illinois is the largest U.S. producer, and China grows more than anywhere else in the world.

There may have been pumpkins at the first Thanksgiving, but no pumpkin pie, which originated, like apple pie, from Great Britain. Sweet pies were rare in the United States until the 1800s.

Pumpkin pulp is rich in carotenoids, such as beta carotene—an anti-cancer, antioxidant found in orange colored fruits and vegetables.

Pumpkin spice contains no pumpkin, but is instead a mixture of cinnamon, nutmeg, ginger, and cloves.