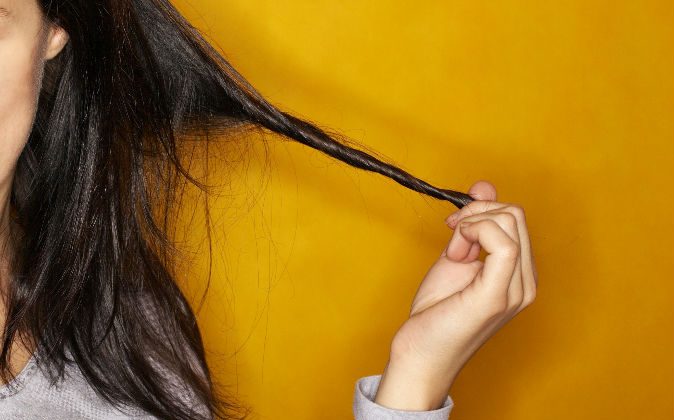 Pulling out Your Hair in Frustration? What You Need to Know About Trichotillomania

For most people, the expression “I’m so stressed I could pull out my hair!” is just a saying. But for some, it’s the reality of living with trichotillomania, a psychological disorder that leads people to compulsively and uncontrollably pull out their own hair – from the head, eyelashes, eyebrows, and other bodily areas.

The disorder affects women more often than men, at a ratio of around ten to one. Around 80% of the people affected develop the disorder between the ages of six and 18, and experience it for at least 20 years.

Pulling hair reduces feelings of frustration, anxiety, boredom and sadness in people with the disorder.

People with trichotillomania often pull to the point of causing complete hair loss even though that’s never intended or desired. This causes shame, embarrassment and guilt, and leads people to spend significant time, effort and money trying to hide the disorder from their friends, family, and acquaintances. Hiding hair loss typically involves avoiding school or work, sport and recreation, social events, and intimate relationships. And this leaves people with the disorder feeling depressed and isolated.

Even though trichotillomania affects 2% to 4% of the population (that’s up to 920,000 Australians), it remains relatively unknown and misunderstood.

Trichotillomania has long been considered a habit because many people pull their hair without even realising they’re doing it. While pulling at one’s hair is often done without thinking, we now know that trichotillomania is much more complex – and distressing.

It’s likely that there are biological, psychological and social factors that make some people more likely to develop the disorder than others. We know this because trichotillomania runs in families and there’s evidence for a strong genetic component in its development. But whether there’s a specific gene responsible for the disorder is not yet known.

Psychological therapies are more effective than medications for reducing the severity of the disorder’s symptoms.

Brain imaging studies show brain regions responsible for impulse control, processing emotions, and reward-based learning could be different in people with trichotillomania. And these findings are consistent with the psychological experience of the disorder.

Affected people typically report an intense urge to pull their hair, which can feel like a rising sense of tension or discomfort. And once they start pulling out their hair, it can be very hard to stop, even if they really want to. Instead of feeling pain from the pulled hair, people with trichotillomania tend to experience a sense of relief or even pleasure. And because it feels good, it’s more likely they will pull their hair again and again.

Pulling hair reduces feelings of frustration, anxiety, boredom and sadness in people with the disorder. This is one reason why hair pulling seems to increase with stressful life events. Researchers now think that hair pulling helps people to control or avoid experiencing negative emotions.

Our research, recently published in the journal Behaviour Change, suggests unhelpful thinking styles, such as perfectionism (“everything I do has to be perfect and correct”) and self-critical thoughts (“I’m worthless”), trigger and maintain hair pulling.

A recent review of treatments for trichotillomania led by our research group showed psychological therapies are more effective than medications for reducing the severity of the disorder’s symptoms. The treatments we looked at were all variations of cognitive behavioural therapy.

Cognitive behavioural therapy is a practical therapy that teaches people new skills for changing the thoughts, emotions and behaviours that influence hair pulling. Together, the studies we looked at showed a significant decrease in trichotillomania severity immediately after treatment when compared to a group who had no treatment.

But exactly how psychological therapy reduces trichotillomania symptoms remains to be understood. It’s likely different treatment strategies work better for some people than for others.

Of the four medications we reviewed, three showed promise: N-acetyl cysteine (a type of amino acid), clomipramine (an antidepressant) and olanzapine (an atypical antipsychotic). While the fourth medication, Fluoxetine (another kind of antidepressant), is commonly prescribed for trichotillomania in practice, it was weakest for reducing symptoms of this disorder.

Awareness of trichotillomania is growing in Australia, and support is becoming more accessible. The Anxiety Recovery Centre of Victoria, for instance, now runs monthly support groups in Melbourne, Adelaide, Brisbane, and Perth.

Feedback from participants has been overwhelmingly positive, with many learning for the first time that they’re not alone with this prevalent, but hidden, disorder. Helping people with trichotillomania feel understood, supported, and less alone is an essential part of their recovery.

Boredom and Frustration Trigger Skin-Picking and Other Compulsive Behaviors