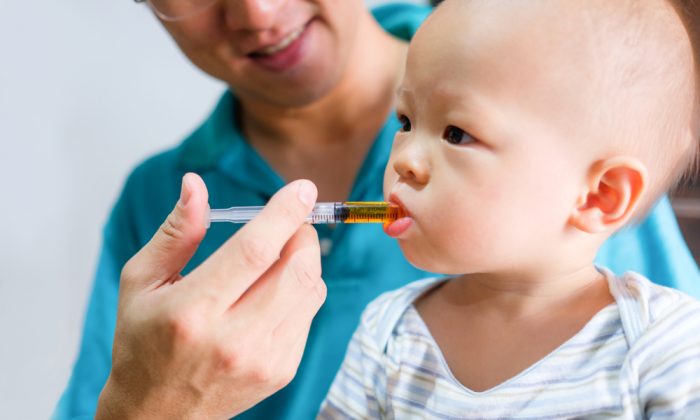 Providing parents with picture-based instructions – and with dosing tools that closely match the amount of medication needed – may help reduce cases of medication overdoses in children, researchers say.

“Parents frequently make errors in dosing medications for their children. We did this study because we wanted to find out how to redesign medication labels and dosing tools to help parents understand dosing instructions better,” lead author Dr. Shonna Yin told Reuters Health in an email.

It is important for parents to use a tool that has markings on it to help them measure out the right amount.
— Dr. Shonna Yin

It is very easy to get confused when dosing liquid medications for a child, said Yin, a pediatrician at NYU Langone Medical Center in New York City.

“To help make sure they give the right dose, parents should ask their doctor or pharmacist which dosing tool is best to use,” she said.

The best tool depends on the amount of medication the parent needs to give the child, Yin said. “Using a tool that is too large or too small makes it more likely that a parent will make a mistake.”

The researchers recruited 491 English- and Spanish-speaking parents of children age 8 years or younger, and randomly assigned them to one of four groups, each with a different combination of medication labels and dosing tools including assorted cups and syringes.

Parents were given a medication label with instructions in text only, or both text and pictograms, plus dose measuring tools marked only in milliliters (mL) or in both mL and teaspoons.

There were fewer errors, however, when labels contained both text and pictograms and when dosing cups or syringes were close to and at least as large as the amount of medication needed.

In addition, parents were about 30 percent more likely to make mistakes when they used tools marked in mL and teaspoons compared to mL only.

Never Give Ibuprofen or Aspirin to Child With Chicken Pox

“It is important for parents to use a tool that has markings on it to help them measure out the right amount. This could be an oral syringe, a dropper, a dosing spoon, dosing cup, or even a measuring spoon that is usually used for cooking,” Yin said.

When using any of these tools, parents should carefully check to see that the number and the units used on the tool match what they are trying to give, she added.

“Mixing up milliliters and teaspoons can lead to a parent giving 5 times the dose. If there is no dosing tool at home that has markings on it, I would recommend going to the store to get one or trying to get one from the doctor or pharmacist,” Yin said.

“The study makes it clear that it’s easy to make mistakes with liquid medicine and that using the right syringe can help and that instructions with pictures help as well,” said Dr. Kathleen Walsh, director of patient safety research at the James M. Anderson Center for Health Systems Excellence at Cincinnati Children’s Hospital in Ohio.

“There are certain medicines that people tend to think of as safe but actually if you make a big dosing error can be very dangerous, for example, Tylenol or Benadryl are medicines you really want to be careful to give the right dose,” she said.