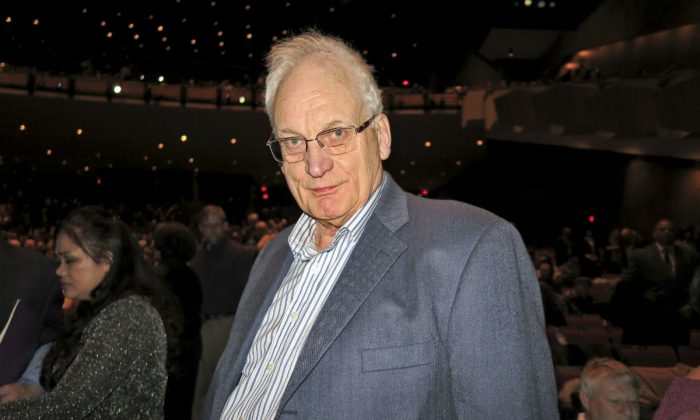 VANCOUVER—China’s 5,000 years of civilization and traditional culture are not just the foundation for the Chinese people. Ancient China also influenced the rest of the world in areas like art, philosophy, technology, and food.

Yet, in the past several decades, the Middle Kingdom experienced multiple campaigns aimed at eliminating the essence of its existence. From cultural sites and temples to ancient relics and people’s beliefs, much of China’s history and spirit were destroyed after the Chinese Communist Party (CCP) seized power.

Seeing that genuine Chinese culture was at its brink of being wiped out, a group of overseas artists made it their mission to revive everything that truly defined the Chinese people and to provide to the world a window into what China was like before communist rule. As a result, Shen Yun Performing Arts was born.

David Farmer, who is an emeritus dean and professor of Oceanology, thinks Shen Yun’s mission is important after experiencing the traditional dance and music performance.

“It greatly enriches the modern world to learn about these ancient cultures and to think about them and see what they have to teach us,” Farmer said.

The professor saw Shen Yun at the Queen Elizabeth Theatre in Vancouver on March 23. The New York-based company is in the midst of its 2019 tour, where six equal-sized groups have been performing in sold-out shows across four continents around the globe.

Farmer said he thinks Shen Yun is an effective medium to showcase China’s semi-divine culture so that it can be preserved for generations to come.

“For one thing, [Chinese culture] is very old. It goes back for a very, very long time. And so it influences… very penetrating,” Farmer said.

“I think that [Shen Yun] is a wonderful way of transporting that understanding and what it has to offer to the audience, and they will pass it on to others,” he added.

He added that he was particularly impressed by the artistry of the dancers and the performers’ use of a digital backdrop.

Farmer said, “I do think that … the extraordinary skill of the artist—I am amazed by it, frankly.”

“The digital use of the background is a very interesting capability,” he added.

In Shen Yun’s story-based dances that weave together tales from history, performers appear to leap in and out of the vivid backdrops—a difficult feat that requires split-second timing.

These intricate backdrops complement and synchronize all aspects of the performance from the characters to the color of the costumes and specific dance movements, props, lighting, as well as particular notes played by the orchestra, and special audio effects.

Overall, the professor said he found Shen Yun to be a “powerful performance” due to its historical roots.

“I think [the energy] comes from the only place it can which is from ancient Chinese culture and history because that’s one thing that no one can take away from you.,” he said.