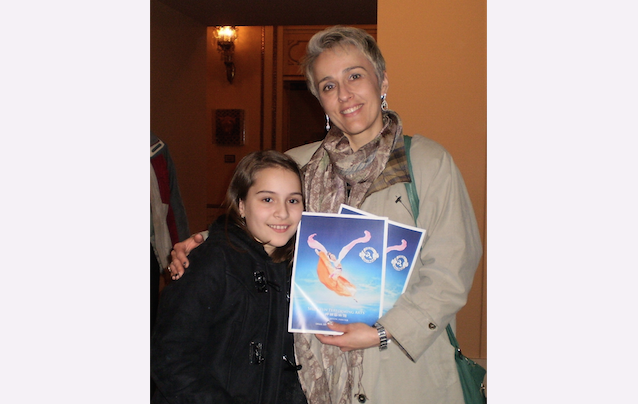 OMAHA, Neb.—“It is very beautiful. We liked it very much. It looks very authentic,” said Dora Matache, mathematics professor at the University of Nebraska at Omaha. She was referring to about the world-acclaimed classical Chinese dance company, Shen Yun Performing Arts.

“We had a very good time,” she said about the afternoon performance at the Orpheum Theater, on March 9.

Shen Yun takes the audience through 5,000 years of culture from ancient times to present, including beloved myths, legends, and history.

“The costumes are wonderful, and the dancers are just miraculous,” said Professor Matache.

Several of the dances that make up the program depict the current struggle in China of Falun Gong, also known as Falun Dafa, against it persecution at the hands of the communist regime.

“I really enjoyed the pieces that had some history in them—the dragons, Buddha and all of that. And even some highlights of the modern problems with China,” she said.

Dr. Matache found being exposed to traditional Chinese culture in this manner to be relevant to adults and children.

“It was a very great experience for us and the children as well. They are pretty young so we want to expose them to this kind of culture,” she said.

She felt there were benefits to exposure to this traditional culture. “They don’t get a lot of exposure to foreign cultures anyway here. We come from the Romanian culture, so we do want them to be aware to what happens out there in the world. This is a very great opportunity for them.”

“It seems that the modern world is changing all the time. We are going to something new, but the tradition is there with the Chinese culture and that is wonderful,” she said.

Dr. Matache recommends Shen Yun to everyone. “Honestly, anybody should take this opportunity to have this kind experience because it is unique. So, it could help everybody to sort of broaden your horizon a little bit.”