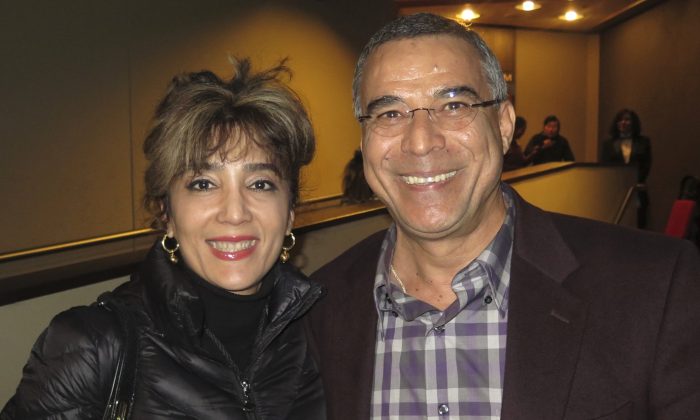 SACRAMENTO, Calif.—Audience members were once again in for a treat this week, Shen Yun Performing Arts World Company at the Sacramento Community Center Theater Jan 14. Among them was professor Yegi Farzin who teaches Economics at the University of California, Davis.

Of the performance, “It was fantastic,” Mr. Farzin said.

“The costumes were beautiful, and of course the music, and the messages that it gave was also very profound, and I think it was so colorful, amusing, amazing at the same time.”

The eye-catching, hand-made costumes are new every year and are a labor of love. According to the Shen Yun website, “Every detail is given meticulous attention and is a result of artistic inspiration and careful polishing. The designers stress harmonic balance and contrast. Their objective is an authentic presentation of the attire that comes from China’s divinely inspired traditional culture, and a consummate stage effect.”

This consummate stage effect would not be complete without the animated backdrops. Mr. Farzin was particularly taken by this feature and the way Shen Yun portrays the rich pageantry of China’s 5,000 years of history.

Shen Yun Performing Arts was founded in 2006 with the wish to revive the ancient culture of the Divine Land, China, in all of its glory. China has long been rich in philosophical and spiritual tradition.

According to the Shen Yun website, “Art was meant to uplift, bringing joy to both the people who created and experienced it. It is this principle that drives Shen Yun performers and their art. Their source of inspiration, rooted in traditional Chinese culture, is the spiritual discipline known as Falun Dafa.”

This element of the performance, as expressed through the stories, inspired Mr. Farzin and gave him something to take away with him.

He said, “China has got a long history, culture, and also, the message that it gives; that believing in something could strengthen you, and while it may not be necessarily a religious belief, but having some anchor in your life and representing the truth, beauty, and harmony with nature, I think this is what I would tell my students about”