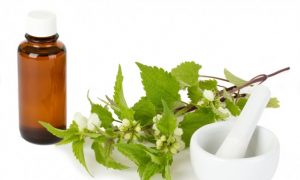 Probiotics may be a way to alleviate the symptoms of seasonal or perennial allergies.

But the jury is still out.

Probiotics are microorganisms that are present in some foods, such as yogurt, and can also be taken as a dietary supplement. They’re believed to have gastrointestinal benefits, but because they are regulated as a supplement and not as a drug, comprehensive data about their effectiveness is difficult to come by.

The Truly Superior Source of Probiotics

A new study, published online in the journal International Forum of Allergy & Rhinology, is “a systematic review where basically we just searched the medical literature for all studies that have evaluated treatment of allergic rhinitis with probiotics,” Turner said.

“There was a lot of variability in the individual studies, but a majority of the studies did show at least some benefit with the use of probiotics compared to placebo.”

Of the 23 studies that were reviewed, 17 showed that probiotics were linked to improvement in at least one facet of a patient’s health—either rhinitis-specific quality of life or in symptoms. A total of 1,919 patients were involved.

“That means that six (studies) did not show any benefit at all, so it’s hard to make any firm conclusions about that,” Turner said. “We also found that the studies were very variable, so they used a lot of different bacterial strains and treatment durations.”

Allergic rhinitis is a common disease that affects between 10 and 30 percent of the general population.

Probiotics are not a substitute for current medications used to treat symptoms, Turner warns. “This is not by any means suggesting that this is a cure for allergies,” he said, adding the topic is ripe for future study.