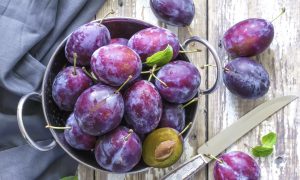 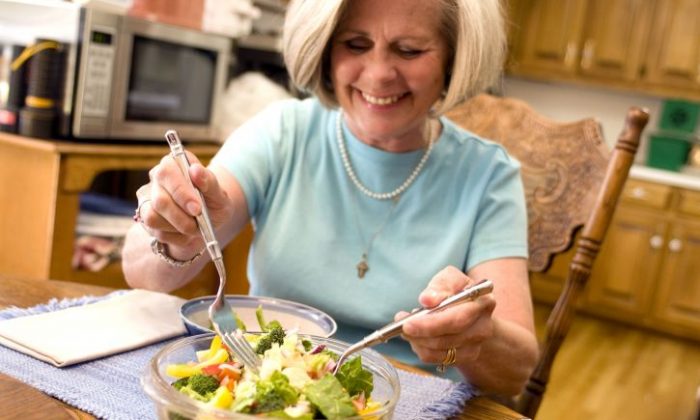 Prescriptions for healthy food written for Medicare and Medicaid beneficiaries might lower the risk of costly chronic illnesses, such as diabetes and cardiovascular disease, and at the same time lower the costs of care, a new study suggests.

The prescriptions would even come with a 30 percent discount on foods, including fruits and vegetables.

Using computer models, researchers calculated that healthy food prescriptions could prevent as many as 3.28 million cardiovascular events, such as heart attacks and strokes, and save as much as $100.2 billion in health care costs, according to the study published in PLoS Medicine.

People included in the simulations were between 35 and 80 years old and were enrolled in Medicare and/or Medicaid.

As part of the modeling, the researchers used data from the three most recent National Health and Nutrition Examination Surveys (NHANES 2009-2014), as well as from published sources and meta-analyses which included demographic information, dietary intakes, policy effects, diet-disease effects, policy costs, and health care costs.

Several assumptions were made in the modeling, including an estimate of the impact of a 30 percent discount on patient shopping habits.

“Our findings support the implementation and evaluation of healthy food prescriptions … to improve the diet and health of Americans,” said researcher Yujin Lee, a postdoctoral fellow at the Friedman School of Nutrition Science and Policy at Tufts University in Boston.

“We found that partial coverage of the cost of purchasing fruits, vegetables, whole grains, nuts/seeds, seafood and plant oils in Medicare and Medicaid would be highly cost-effective—about the same cost-effectiveness as drug treatments for high cholesterol or high blood pressure,” Lee said.

“It’s exciting that we are finally having a conversation about this because it needs to happen,” said Massart, director of the Primary Care Precision Medicine Clinic at the University of Pittsburgh Medical Center. “It would be so great to see money invested in an intervention that could make a difference in the quality of life and in reducing disease burden and potentially cost less.”

While the study findings are based on a model rather than an actual trial, “it may convince people to put money into research studies on actual people in real communities,” Massart said. “This is part of the whole concept of precision medicine. People are born with a genetic predisposition for diseases that interacts with environmental exposure. Often the risk factors are modifiable.”

Massart said she would enthusiastically embrace the concept if it could be proven in trials. “I’d much rather prescribe a cucumber over a pharmaceutical any day,” she added.