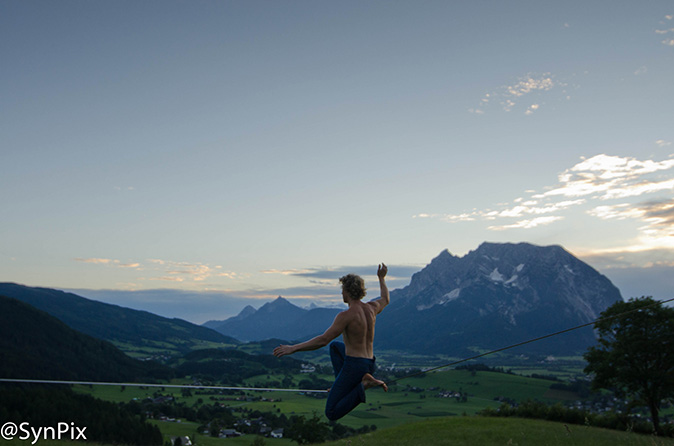 Some researchers tend to minimize basic abilities and consider practice as the sole determinant of performance. "Other factors matter as well, but even so, no one says that practice will ever hurt you; but be careful if you are walking tightropes," says Fred Oswald. (Flickr/Christian Wohr, CC BY)
People

Practice Makes You Better, but Not Perfect

No matter how much you do it, practice may never make you an expert. But it probably will make you better.

“This question is the subject of a long-running debate in psychology,” says Fred Oswald, professor and chair of psychology at Rice University. “Why do so few people who are involved in sports such as golf, musical instruments such as the violin, or careers such as law or medicine ever reach an expert level of performance?

Within each domain, the researchers averaged the reported results across all relevant studies and found that “deliberate practice”—defined as engagement in structured activities created specifically to improve performance in a specific field—explained 26 percent of the variance in performance for games, 21 percent for music, 18 percent for sports, 4 percent for education, and less than 1 percent for professions.

“Deliberate practice was a strong overall predictor of success in many performance domains, and not surprisingly, people who report practicing a lot generally tend to perform at a higher level than people who practice less,” Oswald says.

“However, perhaps the more important contribution of our study is that no matter how strongly practice predicted performance in our findings, there was always statistical room for other personal factors to predict learning a skill and performing successfully, including basic abilities.”

Significant amounts of research have already identified basic abilities as also being important to predicting performance, but some researchers tend to minimize them and consider practice as the sole determinant of performance.

“Other factors matter as well, but even so, no one says that practice will ever hurt you; but be careful if you are walking tightropes.”