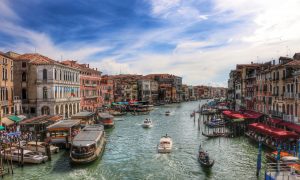 If Prague Is a Fairytale, Venice Is a Painting
0
Share Now
TelegramFacebookTweetEmailTellMeWeReddit
Copy Link 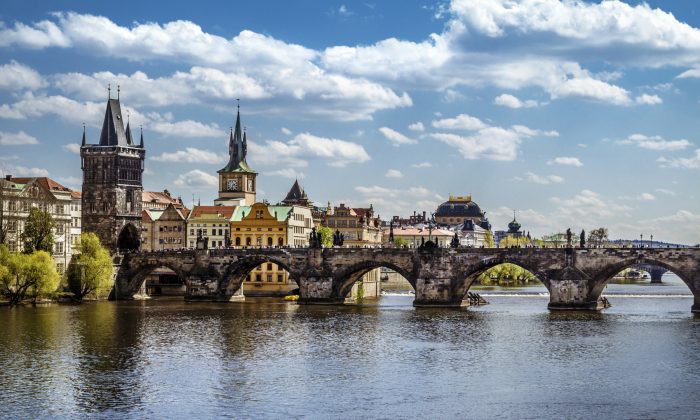 Places Not to Be Missed in Prague

If you plan to make Prague tourism in the near future, what follows are the best recommendations for your visit, which are based on my recent trip to Prague.

Who to travel with?

I planned this trip with my partner, and would do that again. Prague is magical, romantic and inviting for this type of tourism. It is also, however, a city with a lot of fun and an interesting nightlife, so it can be very appropriate for groups of friends. Prague may be a little stressful for older people, especially in the cold months. I did see some seniors during my trip, but generally traveling in organized tours and accompanied by guides.

Food and drinks you must try in Prague

For eating, avoid touristy restaurants. Try to walk a few blocks farther from the sights and find places where the menu in English, if any, is not the most visible, and the crowd seems local. This, however, may also mean you’ll have problems to communicate with the waiters, as happened to me in a local canteen in the center of the city. With the menu in Czech only, we took a while to figure out the functioning of the buffet and choose the meat for our main course. The meals are always very cheap; so do not pay more than 150 CZK for a main course. As alternatives to Czech food, there are many Italian restaurants offering a variety of good quality food at reasonable prices.

If you are staying at a hotel, you will notice the breakfasts are super heavy. In my case, the breakfast included a main dish, which was a choice of omelets, sausages and eggs, bacon and potatoes, and many others that I cannot remember. This came on top of the typical continental breakfast buffet. Having breakfast between 9.30 and 10am, and a small snack mid-afternoon, I was not hungry until dinner. Twice in the trip I had dinner at Italian restaurants, once in a local canteen and the last in “Pivovarsky Dum”. This restaurant, located in the less touristy area of Prague 2 (as compared to Prague 1), offers Czech local food of good quality, and is also a brewery making its own beer.

The best of Pivovarsky Dum is the house beer, which is offered unfiltered and in blonde, black and amber varieties. The food is heavy, like all Czech food, and has a strong taste, as well as prices which are not as cheap as the others we found. The restaurant is always busy and the service is, therefore,a rushing one, similar to what happens in the United States: they take away your plate while you are sort of still chewing your last bite. If the place is full and you are only 2 or 3, you may have to split a table with another small group.

The best hot wine, plus the best customer service I received in Prague was inKellykirthe coffee and wine bar we randomly found in the Museum of the Alchemist. This is located in a small passage which you can easily reach from the Prague Castle, just going down the Nerudovastreet for a block or two and taking the stairs on the right hand a side to a street called JanskyVrsek. There is no need to enter the museum to visit the bar, which will welcome you with a colorful atmosphere, pleasant temperatures and good drinks at reasonable prices.

You can also eat and drink variety of products on the market in Central Square. Currently this is the Christmas Market, but one of the guides we met on the trip told me that this market has been there since the summer, and changes its name depending on the time of the year. The prices of the products on the market, however, are not the cheapest … We bought postcards at twice the price than in the rest of Prague!

Be careful also with taking drinks on the streets or in small taverns. In a nice little bar downtown, which had individual hammocks instead of regular seats at the bar, the hot wine tasted a bit sour and my stomach was quick to reject it. Usually my stomach is strong and resists these things, which makes me assume it was a very bad drink, and therefore comes the warning!

The hot chocolate is delicious almost everywhere, and the sweets that are offered in bakeries are also worthwhile. The coffee is usually good.

General orientation of the city: choosing the best tour in Prague

When travelling, I usually take the free tours offered by the company Sandemans. In Prague, however, there was another free tour offered in a similar fashion, the “Prague Extravaganza” free tour. I chose to start by taking this second tour, thinking it would be a local initiative, but soon learned that it is part of a second company, “United Europe tours”, which is mainly based in Eastern Europe.

Thursday at 11 am we meet Robert, our guide, waiting for the tourists under its umbrella in light blue color in the main square, right on the corner where the Parizskastreet begins. Not many people know this company, and it was a Thursday morning on a working day, so the tour ended up being private, just for us.

Since they work on a tip basis, the tour guides in free tours are usually more motivated than those who are employees of a company. The stories usually are also more fun and interesting. In the case of Prague Extravaganza, the guide failed to transmit his enthusiasm for the city, as I finished the tour with a rather bitter idea of the city of Prague, its tourist traps and the fact that many of the touristy activities were judged by the guide as not worth our time and money. This, however, was probably because it was a local guide, aiming to be objective and balance the positive and negative aspects of his city.

Days later, after losing for the second time the bus to Terezin concentration camp (if you plan to go, be sure to check the departure time, day of the week and exact starting point in advance) we also took the Sandemans tour, this time with an American guide who had been living in Prague for a while. The guide succeeded at getting us enthusiastic about the city, though the information provided was more superficial than in the previous tour.

If Prague Is a Fairytale, Venice Is a Painting

A Journey Through Prague

Prague Extravaganza runs daily, and you can choose to start 11am or 3pm the whole tour, or do only the second half (the castle and the area surrounding it) by meeting the guide daily at 12:30 or 16:30 at the entrance of the Charles Bridge, on the side of the Old Town. This tour, therefore, takes you to both the old city center and the Prague Castle and its surroundings. The tour offered by Sandemans runs also daily, starting 10:45 a.m. and 2 pm in the same meeting point. This tour focuses on the old center and the new center, offering a paid tour in the afternoons for those who want to see the castle and its surroundings.

My recommendation is to do as I did, try both tours in order to have a more complete view of Prague, its history and main attractions. Whether or not you choose one of these tours, make sure to take a guided tour at some point. Otherwise, without knowing the language, it will be easy to miss the many things that are within the reach of our eyes in all parts of the city, and with interesting stories to tell.

Which things should I certainly see or do in Prague?

• Charles Bridge IV: magical and beautiful at any time of the day, but more enjoyable after 9pm when the flow of tourists decreases.

• The Astronomical Clock – one of the main symbols of the city, with all kinds of information (zodiac sign, position of the moon, time, season of the year, etc..) And a mini-show mounted in each hour.

• Prague during the night: the castle is lit, and the main churches and buildings are as well, making it even more of a magical city.

• The Jewish Quarter and its stories, best told in the museum and the Jewish cemetery, with beautiful synagogues. The area has evolved from its ghetto past to become one of the most exclusive and expensive neighborhoods in the city.

• The Dancing Buildings: two towers built in a very singular manner, located on the Vltava River in Prague 2, but within walking distance from the center of the city.

• Architectural styles: there is architecture of all kinds in Prague: art nouveau, art deco, communism, neo-classical, Baroque, etc… there is even an architectural variant of Cubism in Prague, seen in the House of the Black Madonna. Many houses also have symbols that identify them for times literacy wasn’t the rule, so it is fun to discover these symbols at every turn. The perspectives and acute angles formed by the buildings and streets are well worth also (and can result in beautiful photographs).

• The Prague Castle: I did not enter the interior of churches and museums, though I climbed the tallest tower, which implies an effort of almost 300 steps, but is rewarded with beautiful views of the city (do not forget to bring warm clothes because it is windy up there). From the base of the castle you also have a beautiful view of Prague, and postcard pictures. St. Vitus Cathedral, part of the castle, has a story worth telling, so go there with a guide or a good book!

• A boat trip: very relaxing in the evening hours, when the flow of tourists decreases. I recommend the Prague Boats company, which depart from the bridge Chechuv (two bridges north of Charles Bridge). I found it to be the cheapest (220 CZK an hour, no drinks included on board but the prices of drinks are the same as in the rest of the city) and not so crowded. The trip, however, is accompanied with an audio guide on speakers, and only very basic information is given, just the names of the sights, so do not take this boat trip if you want guidance in Prague, but just as a break and to gain different perspective of Prague. Avoid tours that include food and charge excessive prices when compared with the cost of living in Prague.

• If you still have more time, you may want to visit the Museum of Communism located, ironically, behind the largest Mc.Donald ‘s in the city! The town hall also offers guided tours and I have heard it’s very beautiful inside.

• And do not miss to check out, even in the distance, the National Museum, located at the end of the main avenue. If you are not told in advance it is a museum, you may think that it is the Parliament… exactly what the Soviets thought when they attacked it in the past!

This article was written by Jennifer originally published on www.etravelblog.com. Read the original here.