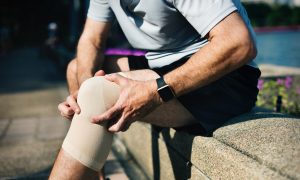 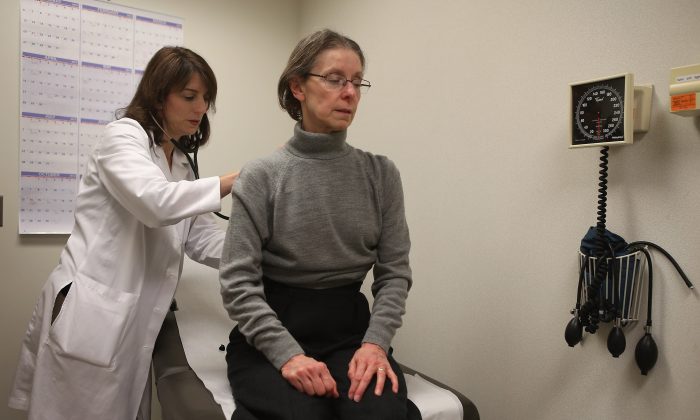 An increasing number of physicians across the United States are feeling burned out, so much so that it’s been deemed a “public health crisis,” a new report from Massachusetts health care organizations and Harvard institutes detailed.

The report, published Jan. 17, labels itself “a call to action” in turning the tide against the spreading phenomenon. The report’s authors say complicated computer interfaces and a growing burden of administrative tasks have pushed out physician engagement with patients and exacerbated the problem.

Authors from the Harvard T.H. Chan School of Public Health, the Harvard Global Health Institute, the Massachusetts Medical Society, and Massachusetts Health and Hospital Association urged hospitals to appoint an executive-level chief wellness officer at every major health care organization as one way to address the problem. They also urged health care organizations to urgently provide more mental health treatments and to improve the efficiency of their electronic health records (EHR).

A 2018 survey by Merritt-Hawkins found 78 percent of physicians experienced professional burnout, with one of the chief reasons being doctors’ frustrations with inefficient EHR.

Those in the industry also argue that there aren’t enough physicians to properly cover patients, coupled with the lengthy amount of time it takes to train a physician and the costs of overhead and education.

A number of different surveys have indicated that many doctors have experienced burnout at some point in their lives. The syndrome includes symptoms such as emotional exhaustion, depersonalization, and a diminished sense of personal accomplishment. Physicians who experience it are also more likely to reduce their work hours or quit the profession, the authors said.

Mounting regulatory requirements from EHRs have forced physicians to spend at least two hours every day on the computer doing administrative tasks, described in the industry as “pajama time.” The EHR work often translates to physicians working more hours on tasks that don’t fundamentally help the interests of the patient.

The authors of the report say that the meaningless administration work makes physicians not only tired but also disheartened.

“A lot of physicians feel they are on a treadmill, on a conveyor belt,” said Dr. Alain A. Chaoui, president of the Massachusetts Medical Society and a family doctor in Peabody. “They’re not afraid of work—it’s the work that has nothing to do with the patients that makes physicians unhappy. And it makes the patients unhappy, because they feel the system is failing them.”

The demand for primary care physicians, in today’s system, is predicted to translate to a projected nationwide shortage of 20,400 physicians by 2020, according to the Health Resources and Services Administration.

Population aging and growth are the primary reasons for the projected demands in primary care services. But the department argues that if primary care nurse practitioners and physician assistants are more fully integrated into health care delivery, the projected shortage could be decreased.

The high costs of recruiting and replacing a physician also come into play, with costs ranging from an estimated $500,000 to $1 million for the employer.

The number of physicians experiencing burnout significantly correlates with reduced patient satisfaction as authors also say there is evidence that burnout is associated with increased medical errors. In a November 2018 report published on Mayo Clinic, out of the 6695 physicians surveyed, almost 11 percent reported a major medical error in the prior three months.