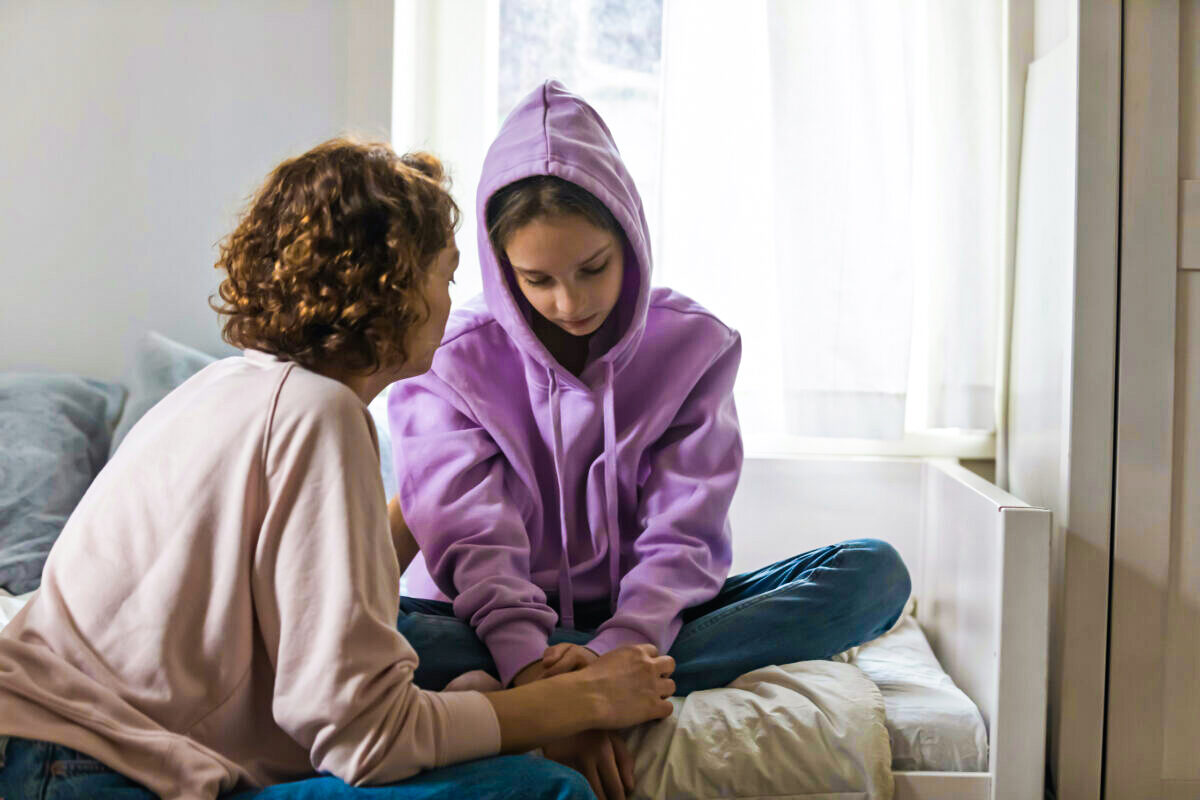 Our feelings may not always be rational, but they are real. Acknowledging that simple truth is the first step to helping someone—or ourselves—navigate them. (fizkes/Shutterstock)
Mind & Body

To acknowledge our feelings is to acknowledge a truth, even if it may not be good
BY Nancy Colier
TIMEDecember 3, 2021

This past weekend, I witnessed an event that was both utterly simple and utterly profound, an interaction that beautifully demonstrates what we really need to feel OK.

I was sitting at an outdoor café, when what appeared to be a family of three: a mom, dad, and their 9-ish-year-old daughter (who was carrying a wrapped present) approached and stopped at the brownstone just next to the table where I was sitting. It looked like they were going to the same party as several other young families who’d entered the brownstone carrying presents in the past half hour. But at the bottom of the stoop, the little girl started crying. From the look of her face, which was red and splotchy, it looked like it wasn’t the first cry of the morning.

The girl then laid down on the sidewalk, now sobbing, and screeched that she didn’t want to go to the party; she hated parties, she wasn’t going to know anyone there besides “Molly,” and no one was going to talk to her because no one ever did.

Her parents, who seemed kind, did what most good parents do. They told her that she was going to have a great time once she got there, that she always made friends wherever she went, that she wouldn’t even remember not wanting to go, and that it was good for her to try new things. They told her not to forget, too, that Molly would be very sad if she didn’t come after having promised her she would. But the little girl just kept crying and screaming, oblivious to her parents’ persuasion.

And then the father became angry.

No surprise, his irritation didn’t help his daughter or the situation; in fact, it seemed to make things worse as his daughter’s screech was now a full-blown howl, and she’d now turned onto her side and was hugging her knees in a fetal position.

Then, something magical happened: The mom stepped off the stoop and sat down on the sidewalk next to her daughter. She put her hand on her daughter’s back and confessed that she really didn’t like going to parties either. And, that if she didn’t push herself, she probably would never see anyone besides the little girl, the little girl’s dad (her partner), and maybe her best friend. Meeting people she didn’t know took a lot of work and energy, for her, too; every time she went to a party, she had to steel herself up a bit, “eat her Wheaties” as she put it, and remind herself that she was doing something really hard.

Her mom said that even though it was really hard to meet new people, and, for sure, easier to just stay home, she knew that she could do it if she tried, and that part felt good—to feel strong and know that she could do tough stuff. Her mom also reassured her that, if after 20 minutes at the party she still felt terrible, she should use their code word, “reindeer,” and they would get the heck out of there.

In that moment, the little girl’s whole body relaxed. Within seconds, she unraveled from the fetal position, sat up, and leaned into her mom’s embrace. Still a bit weepy, but without saying anything else, she got up and started moving toward the front door, her little hand intertwined in her mom’s bigger one. The three of them then climbed the stairs without another word. Another little girl in a party dress opened the door, and then they were gone.

This small encounter perfectly and exquisitely demonstrates the fundamental nature of feelings. When we fight with, criticize, shame, dismiss, or in any other way reject feelings—our own or someone else’s—those feelings we want to get rid of actually grow stronger. When the little girl’s parents were scolding her and telling her all the reasons she shouldn’t feel the way she felt, she screamed louder and felt worse; she was scared to go to the party, and, now, on top of being scared, she was all alone in her fear. But the instant her parents stopped blaming her and her mom met her where she was, physically and emotionally, and gave her permission to feel how she felt, she was remarkably OK.

It’s not that the girl’s feelings disappeared or that she suddenly felt thrilled to go to the party. What changed, however, was that she could go to the party once she knew that her feelings were allowed and welcome to come to the party, too. What we open the door to inside ourselves relaxes and permits us to move forward.

We are afraid to allow and validate our difficult feelings because we think that we will get stuck in them or that doing so will make us feel worse. We’re afraid, too, because we think that we shouldn’t have such feelings and that we’re bad for feeling what we shouldn’t feel. But, in reality, the more we say “yes” to our challenging feelings, and allow and acknowledge them, the more we can move through them and, thus, the less stuck we are in life. Paradoxically, the more we make room for what hurts, the better we feel. To acknowledge our feelings is to acknowledge what’s true, which always feels good, even when what’s true may not be good.

It’s an act of love to sit down with our own or someone else’s feelings and let those feelings know that, in your company, they’re safe and welcome, and they’re not going to be judged, criticized, or asked to go away. There are few things so kind as to let someone (including yourself) know that you get why they feel the way they do. This one small but infinitely generous offering is what we all really crave; it’s what ultimately moves mountains (and little girls). 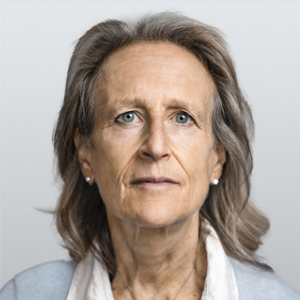 Nancy Colier
Follow
Nancy Colier is a psychotherapist, interfaith minister, public speaker, workshop leader, and author of "Can't Stop Thinking: How to Let Go of Anxiety and Free Yourself from Obsessive Rumination" and “The Power of Off: The Mindful Way to Stay Sane in a Virtual World.” For more information, visit NancyColier.com
SHARE
EmailFacebookTweetCopy Link
You May Also Like 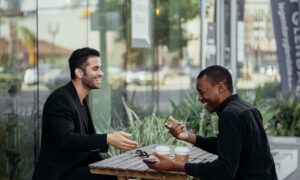 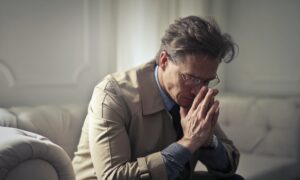 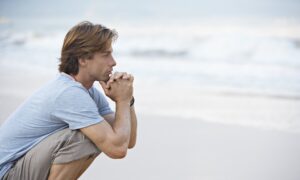 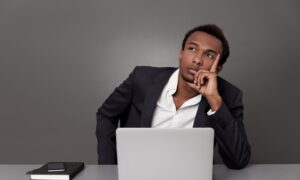