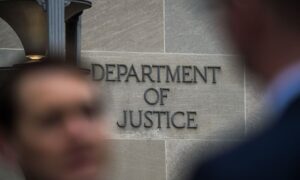 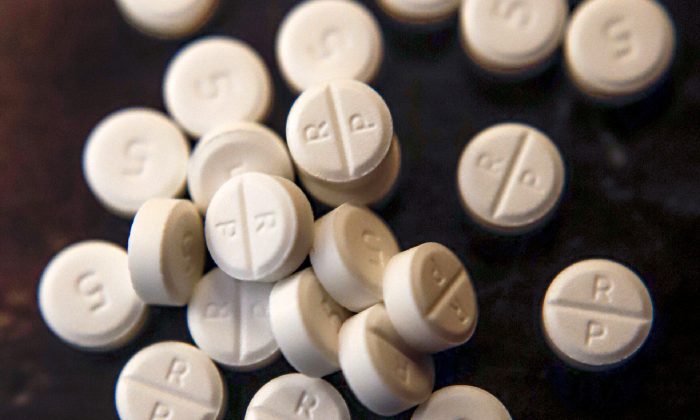 The opioid crisis in the United States has cost the economy at least $631 billion in just four years, according to a report released earlier this week by the Society of Actuaries, which analyzed nonmedical opioid use during this time-frame.

Most of the costs were attributable to health care and premature mortality. Nearly one-third of the total estimated economic burden, about $205 billion, was ascribed to health care and the excess spending for those with opioid use disorder, infants born with neonatal abstinence syndrome or neonatal opioid withdrawal syndrome, and for relatives of those with diagnosed opioid use disorder.

Erin Khar, author of the forthcoming memoir, “Strung Out,” and a former opioid addict who had struggled with addiction for over a decade, told The Epoch Times that the economic burden can be reduced if the money aimed at combating the crisis is placed into the right programs. She called the $631 billion estimate an “astounding figure.”

“Not only would we then be saving lives, we’d be preventing the associated unseen costs and trauma for the families of those struggling with OUD [opioid use disorder],” she said.

The federal government is tracking how many lives have been lost to the opioid crisis, which currently sits at more than 400,000 Americans since 2000, but pinning down the financial cost is not as easy.

A U.S. Centers for Disease Control and Prevention report estimated the cost for 2013 at $79 billion. That’s less than half the cost that the latest report has found in more recent years. The crisis also has deepened since 2013, with fentanyl and other strong synthetic opioids contributing to a higher number of deaths. Overall, opioid-related death numbers rose through 2017 before leveling off last year at about 47,000.

The new study comes before the first federal trial on the opioid crisis, scheduled to start next week in Cleveland, where a jury will hear claims from Ohio’s Cuyahoga and Summit counties against six companies. The counties claim the drug industry created a public nuisance and should pay.

In a separate case, pharmaceutical company Purdue Pharma, which recently filed for bankruptcy after thousands of lawsuits alleged that the company helped fuel an opioid epidemic in the United States, moved up to $13 billion in profits to the company’s controlling family, the Sacklers, according to an unspecified number of U.S. states.

Robert C. Whitley, an attorney based in Bucks County, Pennsylvania, who has been working with the local community to combat the opioid epidemic, said that from his perspective, many costs are apparent in the justice system and the courts.

He said via email the costs are the “tip of the iceberg,” as far as representing what’s going on in the community.

“One of the issues we still see in our community is that many people still seem to be unaware or in denial that the crisis is a big issue in their own backyard,” he said. “I cannot tell you how many people I have spoken with in our community, and when you tell them the statistics … they react with disbelief.”

Whitley said it’s understandable that people don’t want to talk about or deal with the subject due to the stigma around addiction. Bucks County coroner Dr. Joseph Campbell, meanwhile, reported in September that in the first half of 2019, the overdose rate appears to have dropped by 10 percent and third-quarter numbers appear to be dropping even more, possibly by as much as 15 percent, according to Whitley.

“[Campbell] credited this to an ‘all hands on deck’ approach that Bucks County has taken with the mobilization of government leaders and agencies, the faith community, law enforcement, community groups and so on,” Whitley said. “These numbers are evidencing a real push-back here in Bucks County.”

The actuaries’ report is intended partly to help the insurance industry figure out how to factor opioid use disorder into policy pricing. One study published in 2017 by the White House Council of Economic Advisers estimated a far higher cost—just over $500 billion a year.

The actuaries in their report also calculated the projected costs of the opioid epidemic in 2019. The authors estimated that for 2019 alone, the economic burden will end up costing a midpoint of around $188 billion with the range being between $172 billion and $214 billion.

Other costs that contributed to the $631 billion figure were costs related to criminal justice activities such as law enforcement protection and correctional facility expenditures, totaling $39 billion. These activities accounted for 6 percent of the total economic burden estimates.

“As stakeholders seek to understand and address the opioid epidemic, this analysis provides insight into the tremendous impact across all areas of our economy,” Dale Hall, managing director of research with the Society of Actuaries, said in a statement.

The Drug Enforcement Agency didn’t respond to a request for comment by The Epoch Times.