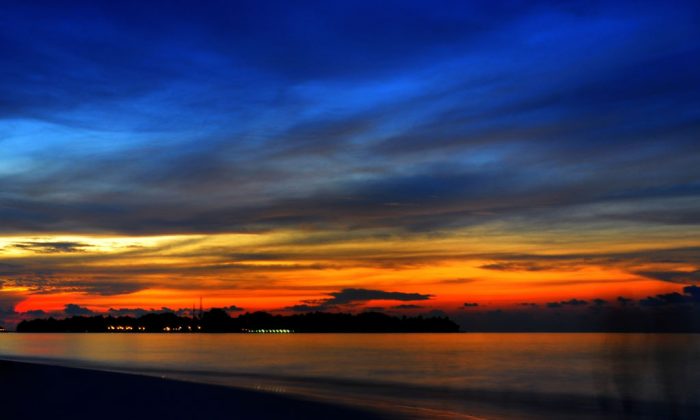 A defining moment in the India-Maldives strategic relationship occurred in 1988 when India intervened in the Maldives to prevent an attempted coup by mercenaries, organised by a Maldivian businessman. In November 1988, a force of some 80-200 mercenaries, largely drawn from a Sri Lankan Tamil insurgent group, the People’s Liberation Organization of Tamil Eelam (PLOTE), infiltrated the Maldivian capital of Malé and took control of key points in the city. The rebels failed to capture the Maldivian President, Abdul Gayoom, who took refuge in the Maldives National Security Service headquarters. Gayoom personally or though the Maldivian ambassador to the United Nations, requested military assistance from several countries, including India, the United States, Britain, Pakistan, Sri Lanka, Malaysia and ‘other’ Asian states. The Sri Lankan military placed 85 commandos on standby at its Ratmalana Air Base at Colombo, and Malaysia reportedly alerted its navy (although it is three to four days sailing from the Maldives). The US Marine detachment at Diego Garcia was also placed on alert but the US State Department ruled out direct intervention, and worked with Britain to help coordinate a response from India.

New Delhi responded to the crisis with uncharacteristic speed and decision, seeing it as India’s prerogative and its responsibility. On the same day as Gayoom’s request for assistance, the Indian Air Force airlifted some 300 paratroops from Agra to Malé, landing on the nearby island of Hulhule which was still under the control of Maldivian security services. Additional Indian troops were transported by air and by sea from Cochin and Indian Air Force Mirages were deployed over Malé as a show of force. The Indian troops took control of Malé within several hours and rescued President Gayoom. A group of insurgents with 27 hostages managed to escape on board a merchant ship. The following day, with US assistance, Indian maritime patrol aircraft were vectored onto the ship, which then tracked it until two Indian naval vessels reached the area. Sea King helicopters from INS Godavari dropped depth charges to deter evasion and Indian Marines operating from Sri Lanka boarded the ship and returned the rebels to Malé for trial. Most of the Indian troops were withdrawn from the Maldives after order had been restored, with around 150 troops remaining for a year after the attempted coup.

India’s intervention in the Maldives was a model for the benign security role that India could play in the Indian Ocean. It was undertaken at the express invitation of a nominally democratic Maldivian government, and India was careful to avoid the appearance of military occupation. India also undertook the intervention alone, demonstrating its ability to airlift troops over long distances and successfully intercept the plotters at sea. India showed that it could execute a combined services operation in an efficient and timely manner. The decision of the United States not to mount a rescue mission – which almost certainly would have had to come from Diego Garcia – was a wise one. US intervention would have evoked bitter memories in New Delhi. Instead, the forbearance of the United States gave a clear signal of its acceptance of India’s leading role in South Asia.

India received international praise for the operation. President Reagan expressed his appreciation for India’s action, calling it ‘a valuable contribution to regional stability’. Margaret Thatcher reportedly commented: ‘Thank God for India: President Gayoom’s government has been saved. We could not have assembled and dispatched a force from here in good time to help him’. Lee Kwan Yew saw it as essentially a peacekeeping operation of the type that the United States conducted globally and Australia conducted in the South Pacific. According to the Indian Cabinet Secretary, B.G.Deshmukh, ‘Operation Cactus enhanced India’s prestige enormously and showed our efficiency and capability to mount a successful operation at short notice. There was universal acknowledgement of our role as a police force in the area….’.But the intervention nevertheless caused some disquiet among India’s neighbours in South Asia and further afield. According to the Sri Lankan Island newspaper: ‘It would be ostrich-like to ignore the fear of smaller nations in South Asia about current developments providing opportunities for what has been described as the spread of Indian hegemonism’.

Extracted from “India’s Ocean: the story of India’s bid for regional leadership” by David Brewster. (2014, Routledge)

David Brewster is a former mergers and acquisitions lawyer, is a Visiting Fellow at the Australian National University and has written extensively on India’s international relations. Republished from Pragati under Creative Commons License 3.0.