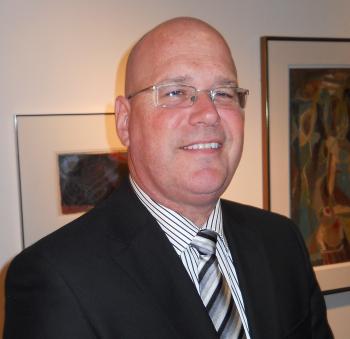 TORONTO—“I can’t wait till next year,” said Steve Clark, the newest member of Ontario’s provincial legislature, after taking in the opening night of Shen Yun Performing Arts at Sony Centre on Thursday.

“It’s such a wonderful presentation—the costumes and the choreography and the message. It’s a really, really enjoyable evening. I am so pleased to be here.”

Mr. Clark, who is the member of the provincial parliament for the Eastern Ontario constituency of Leeds-Grenville, described Shen Yun as “fabulous.”

He said he hopes others have the chance to see the show before it wraps up on Sunday, so they can witness “a lot of high energy, beautiful costumes, great choreography and just a wonderful story.”

Shen Yun’s productions of classical Chinese dance, music, and song draw their inspiration from China’s 5,000 years of civilization. They highlight values such as compassion, loyalty, kindness, and bravery that lie at the heart of Chinese culture.

“It’s all of the costumes and the message—the narrators are fabulous—and it really gives you a real good sense of the great culture we have,” said Mr. Clark.

“And the fact that this performance can travel all over Canada, all over Ontario . . . I think it’s really uplifting.”

“I’m glad that I’ve had the opportunity,” Mr. Clark said. “I feel very blessed that I could see the performance. It was a top-calibre performance.”

Mr. Clark was particularly impressed by Shen Yun’s orchestra, which combines both Western and Chinese instruments, and by the large digital backdrops that accompany the dancers on stage.

“It was amazing how they used the music with the visuals in the back, and I like the traditional Chinese artwork that was on the back yet it had a bit of movement to it. I thought it was very unique and like nothing I’ve seen before.”

Mr. Clark realized he was not alone in his appreciation of the show.

“I took a chance to look at some of the other people in the crowd and everybody was the same. There was this look of joy on everybody’s faces.”

After learning that Shen Yun also makes an annual stop in Ottawa, Clark said he planned to bring others from his riding, not far away.

“So next year when they’re here I’m hoping to bring a gang with me up from Leeds-Grenville to go to Ottawa to see the performance. I think it’d be wonderful to see it. I’m sure they would welcome a troop to come out and see them.”

Steve Clark gained national attention in 1982 by becoming Canada’s youngest mayor. At the age of 22, he was elected mayor of the city of Brockville, where he served three terms, also serving as president of the Ontario Association of Municipalities before he’d reached the age of 30.

His young rise earned him mention in the Who’s Who of Canada.

Mr. Clark has also worked in media and been an active community organizer.

In March 2010 he was elected MPP for Leeds-Greenville, with two-thirds of the vote, in a provincial by-election to replace former MPP Bob Runciman, who was appointed to the Canadian Senate.

Mr. Clark relayed greetings from Tim Hudak, leader of the provincial PC party that he represents, but said he was happy that it was him rather than Mr. Hudak who was in attendance.

“I felt like I got the bonus by being able to come to this performance,” he said.