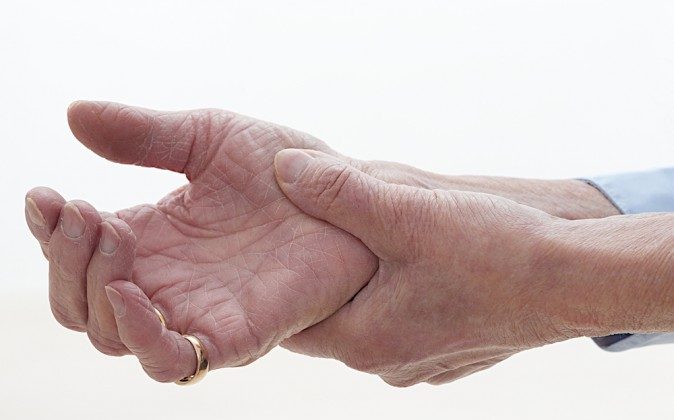 Omega-3 fatty acids may improve joint health and reduce the risk and severity of arthritis, according to a study conducted by researchers from Duke University and published in the Annals of the Rheumatic Diseases on July 11.

The findings suggest that, contrary to prior belief, the types of fats that make up a person’s diet may have more influence on their arthritis risk than their weight does.

What You Eat, Not What You Weigh

Prior studies have established that obesity is a major risk factor for osteoarthritis, a disorder characterized by degradation of the joints and more commonly known simply as “arthritis.” Until now, scientists have assumed that a higher body weight causes increased wear-and-tear on the joints, but this hypothesis never explained why arthritis is so common in non-weight-bearing parts of the body such as the hands.

In a previous study, the Duke University researchers found that abnormally low levels of the appetite-regulating hormone leptin in obese mice were an accurate predictor of arthritis. This suggested that metabolic, rather than physical, symptoms of obesity might actually be behind arthritis.

“This made us think that maybe it’s not how much weight you gain, but what you eat,” Guilak said.

“A healthy diet would include roughly equal ratios of these fats, but we’re way off the scale in the Western diet,” Guilak said.

Health researchers now believe that the typical Western diet contains too much saturated and omega-6 fat, and not enough of omega-3 fat.

The researchers found no connection between body weight and arthritis. They did find that, while mice on both the saturated fat and omega-6 diets experienced a worsening of their arthritis symptoms over time, mice in the omega-6 plus omega-3 group did not.

The study was funded by the National Institutes of Health, the Arthritis Foundation, the North Carolina Biotechnology Center and a Taiwan GSSA graduate fellowship. It is only the latest in a glut of recent research illuminating the many health benefits of a diet high in omega-3 fatty acids.

A strong body of clinical research now shows that omega-3s are potent anti-inflammatories that can reduce the risk of cardiovascular disease and arthritis. They are also important for brain health and particularly important for the brain development of babies and children. They may also play a role in regulating mood and cognitive function.

Research has also linked omega-3s to a reduced risk of cancer and improved bone, bowel and menstrual health.