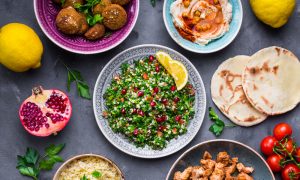 When to Avoid Rice + 8 Alternatives to Try Instead
0 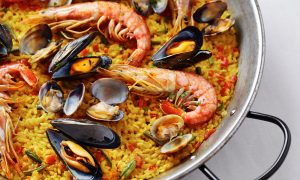 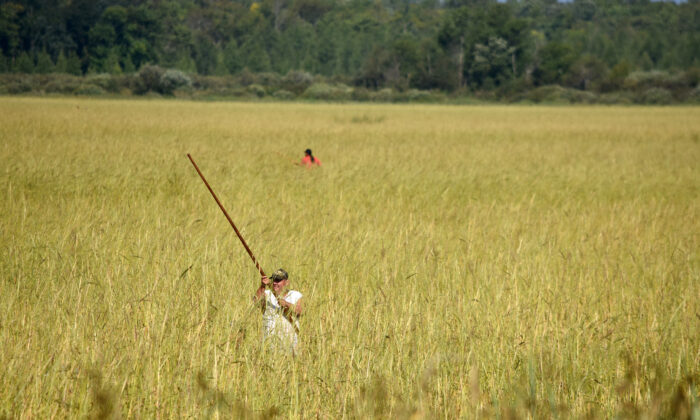 Of Wild Rice and Men

For the Ojibwe people of the Great Lakes region, wild rice is a sacred staple—still hand-harvested in canoes, the traditional way, every year
By Kevin Revolinski
Print

You may see it in your specialty stores or on signs along the roadside throughout Minnesota and Wisconsin: wild rice. But while the long, dark-colored grains resemble rice, they technically aren’t. These hard seeds come from a type of aquatic grass of the genus Zizania, and three of its four species naturally occur in North America, growing in freshwater along lakes and rivers.

What’s the difference? True rice does well in saturated soils, but does not need to grow submerged in water. Flooding is a practice done by rice farmers partly for the benefit of keeping the plant well watered in warm climates, but also to deter weeds and other pests.

While northern wild rice, or Zizania palustris, is now also grown commercially, planted in flooded fields in Minnesota, California, and Canada, it has long managed on its own in northern lands, especially around the Great Lakes. The wild rice you see advertised on painted roadside signs in the upper Midwest is likely harvested in the wild by hand, unlike the farmed variety. The stuff in stores? Probably not.

The Food That Grows on Water

The indigenous Ojibwe people, also known as the Chippewa, have hand-harvested wild rice for centuries. For them, manoomin, the “good berry,” became not only a staple food, but a centerpiece of their spirituality and cultural history.

Originally, the tribe lived close to the east coast. But a prophecy in their oral tradition instructed them to move west to where “the food grows on the water.”

Gradually, various bands of Ojibwe migrated throughout the Great Lakes area, resettling in areas where they found wild rice, as predicted. By the time French traders and explorers arrived in the 17th century, the Ojibwe had long been established.

Today, these bands live on reservations in Minnesota, Wisconsin, and Michigan, surrounded by lands they ceded to the U.S. government in 19th-century treaties. One such band, located in northern Wisconsin, is the people of Waaswaaganing, “Torch Lake,” so named for the practice of fishing at night by torchlight. The French translation stuck, and they are known as the Lac du Flambeau Band of Lake Superior Chippewa.

Tribal member Joe Graveen is the wild rice technician for the tribe’s Wild Rice Cultural Enhancement Program. The program’s purpose is to do historical research, gather traditional stories, and help restore wild rice, which has long been on a decline for environmental reasons.

Graveen grew up here. “That rice was in our teachings. We brought back wild rice ceremonies, to honor its spirit. As they started that, the rice has been coming back,” he said. Now the annual pow wow and harvest have expanded to include events open to the public.

Harvest time comes around the end of August or into early September, but it varies each year and depends on the weather, through winter, spring, and summer. Part of Graveen’s job includes traveling throughout tribal and ceded lands to monitor wild rice and determine harvest times. It’s no small task: Reservation territory includes 260 lakes, 65 miles of rivers and streams, and 24,000 acres of wetlands.

“This year is lagging behind a little, lots of rain, delaying it,” he said. Warmer winters also hurt the yield. “We see high water and seasons getting shorter, ice cover thinner, and all that plays into the role of good rice. If you don’t have thick ice cover, you can still see green vegetation. Photosynthesis is still going on. It shouldn’t be.” Those other plants, showing green in winter, get a jump on the wild rice, Graveen said, robbing it of nutrients and growing to block sunlight when rice is just getting started in spring.

The seeds grow on stems as tall as 10 feet, rising out of the water along the banks and in shallow areas. The tops are a collection of branchlets with stiff upright female parts at the top and drooping male flowering parts below.

When the rice is ready, harvesters in canoes, typically working in pairs, slowly slip through the grasses. They use a couple of flails, rounded cedar sticks Graveen calls “knockers.” Both the canoe and flails are regulated in length, and may measure no more than 18 feet and 38 inches (just over three feet), respectively.

“We get in the canoe, one knocking, the other guy paddling or poling through the rice stalks. He bends the stalks over the boat, gently to not break stalks or rice heads, and lets the seeds fall in the boat. Like kneading dough, you’re folding it. Reaching out and pulling the stalks over the canoe. Tap on it.” Ripe rice will fall easily from the stalk, and a careful harvester leaves the green seeds intact for the next harvester.

“A lot of it goes in the water,” Graveen said with a laugh. “It’s kind of a 50-50 sort of thing.” Tribal wisdom knows the rice that gets away becomes next year’s crop.

In a single day, Graveen and a partner take in about 160 pounds, a typical amount for experienced harvesters, but one year they gathered 400 pounds off a single river. “I haven’t seen rice that tall since I was a kid!”

To find more wild rice, tribe members may travel west, even into Minnesota. Ojibwe bands there may grant them permission; otherwise, there’s a $30/day out-of-state license, issued by each state’s Department of Natural Resources. Nontribe members can also harvest wild rice on nontribal land; in Wisconsin, this requires a similar $8/day permit, but only Wisconsin residents can obtain it.

After the wild rice is gathered, it’s sun-dried on tarps. Then it is parched in a repurposed 30-gallon drum over a gas fire, and threshed to take the hulls off.

“The older way,” Graveen recalled, “was to take wash tubs, burn a fire, pour the rice in, and stir it with a wooden paddle.” Threshing often meant digging a hole, laying down canvas, and dancing on the rice. He remembers you needed moccasins to thresh. “But the kind that go halfway up your calf. Rice is itchy!”

Most of the rice is for tribal consumption, though he may sell a pound or two. Other bands may sell more, but a large majority of it remains with their people. In the case of White Earth Indian Reservation in northern Minnesota, the lakes, streams, and wetlands are so abundant that the tribe harvests more than enough for themselves, allowing them to sell online and ship internationally.

A cup of wild rice has fewer calories than the equivalent amount of brown rice, and yet double the protein. It also provides more zinc, folic acid, and vitamin E, though brown rice has the advantage in vitamin B. But more importantly, it has a nice chewiness and a mild grassy flavor, or even smokiness, if processed the old-fashioned way.

Wild rice is great either as a side dish or incorporated into soups, salads, and other dishes. It works well in stuffing a turkey.

In regards to local uses, Graveen said, “Sometimes we’ll cook bacon and chop that and put it in as it’s cooking.” A sweeter option is to cool it and add blueberries or raspberries. An old traditional favorite, however, is “backbone soup” made with deer spine, wild rice, and potatoes. “They chop that backbone at the joints, and boil it until the marrow comes out. That’s the good stuff, the cartilage between the joints. They’ll clean that up like a chicken bone.”

As you might imagine, the commercial grown wild rice, often labeled “cultivated,” is not quite as good as the wild: harder to chew, longer to cook, and lacking a bit in flavor. The processing turns the seeds uniformly black and hard for better packaging and shipping.

Check your labels: Some wild rice may be commercially packaged yet hand-harvested. The truly wild variety will often be labeled as “manoomin.”

Mix 4 cups of water—broths are an alternative here—with one cup of dry wild rice. Heat the mixture to a boil, then dial it back to a simmer. Expect about a 45-minute cooking time, though soaking the rice beforehand can shorten that. The grains will crack open to reveal the softer, lighter-colored center, chewy, but neither crunchy nor mushy. When it’s ready, drain it through a large sieve. One cup of uncooked wild rice becomes 3 to 4 cups cooked.