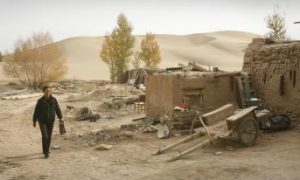 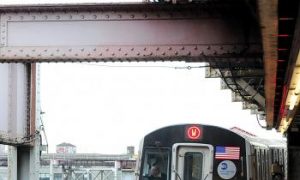 [xtypo_dropcap]A[/xtypo_dropcap]n astronomer said that Earth’s alignment has shifted enough to warrant a change in the Zodiac dates and a new sign. However, a blogger says that you shouldn't change your sign just yet.

Astronomer Parke Kunkle told a local Minnesota NBC station that for the past several thousand years, we could have been using 13 astrology signs.

According to the station, they could look like this:

"Well, Kunkle is an astronomer who is not too keen on the practice of astrology. When asked by telephone if the new star locations now require us all to switch our loyalty to a new sign, he demurred. 'I can tell you what the science is, but I'm not going to tell you what your personality is based on the location of things,'" she wrote and reported.

The new 13th sign is Ophiuchus. Earth is in a different spot from 3,000 years ago when many of the astrological signs were first drafted by astronomers in Babylon.

However, a reader wrote into The Post and said:

"The stars are markers that drift, but our main points of reference are not directly the stars. They are the equinoxes (both spring and vernal) and the solstices which altogether make the four cardinal points of the zodiac which in turn determine the signs. The stars help us locate those points which define the SIGNS of the Zodiac which remain constant in relation to the equinox point. The CONSTELLATIONS do move about and we take that into consideration when locating planets."

Kunkle said that the change in the Earth's tilt is "really over here in effect and [the] Sun is in a different constellation" than it was in ancient times.

"So in Earth's case, right now, Earth's spin axis points towards Polaris, the North Star," Kunkle told io9.com. "But in 3000 BC, the Earth's axis pointed towards a different star, Thuban. And that majestic motion takes about 26,000 years. so if you went from 3,000 B.C. and waited 26,000 years, you'd have the north star Thuban again."

He added that he never said there should be a 13th sign but that one could consider there to be 13 constellations instead of 12. "I just mentioned that it's there, and astronomers actually count it… So if you actually watch the stars in the background of the sun, it actually does go through the constellation of Ophiuchus," he told the website.

Kunkle, an astronomy teacher at the Minneapolis Community and Technical College and who is a board member on the Minnesota Planetarium Society, said the signs don't really mean anything.

"Sure, we can connect harvest to the stars," Kunkle told the Minneapolis Star-Tribune. "But personality? No."