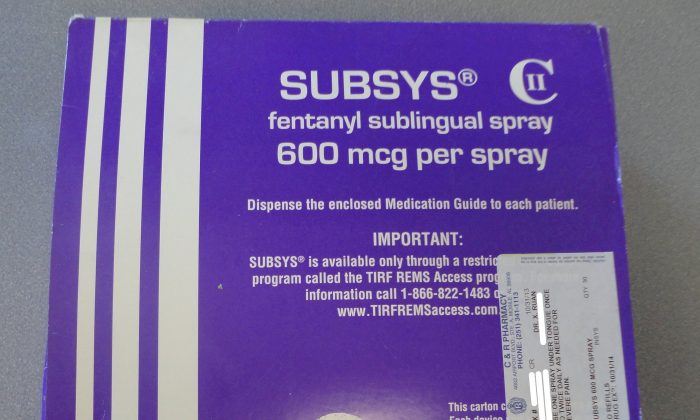 “At a time when the opioid epidemic was ravaging New York, Insys Therapeutics allegedly marketed a drug illegally by blatantly disregarding the grave risks of addiction and death that opioids pose,” Schneiderman said in a statement.

Insys said it sought to address the challenge related to the misuse and abuse of opioids that has led to addiction and unnecessary deaths around the country.

“We intend to continue working collaboratively and constructively with all relevant authorities to resolve our outstanding governmental investigations,” the company said in a statement late Thursday.

Opioids were involved in over 42,000 overdose deaths nationwide in 2016, according to the U.S. Centers for Disease Control and Prevention. President Donald Trump in October declared the problem a national public health emergency.

Insys has found itself at the center of several lawsuits and investigations focused on Subsys, an under-the-tongue spray intended for cancer patients that contains fentanyl, a synthetic opioid.

Federal prosecutors in Boston have accused seven former executives and managers at Insys including billionaire founder John Kapoor of participating in a scheme to bribe doctors to prescribe Subsys and to defraud insurers.

Prosecutors said that beginning in 2012, Kapoor, former Insys Chief Executive Michael Babich and others schemed to bribe medical practitioners by paying them to participate in sham speaker program events.

Kapoor, Babich and their co-defendants have pleaded not guilty and are scheduled to face trial in January 2019.

Insys has said it is in settlement talks with the U.S. Justice Department and has estimated the minimum amount it may have to pay is $150 million.

The company has said that it has taken steps to prevent past mistakes from happening again and has stressed that Subsys made up 0.02 percent of opioid prescriptions in 2016.