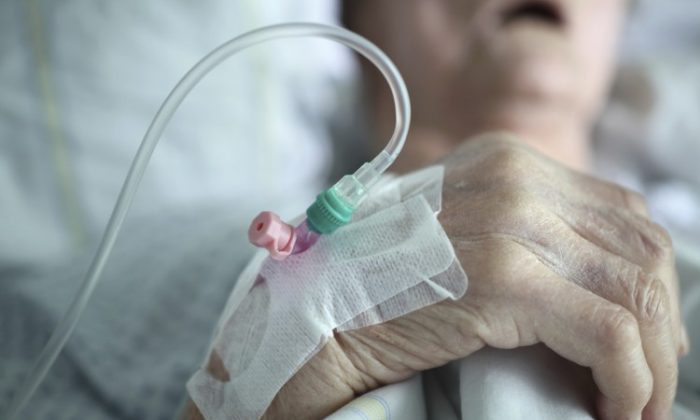 End of life patients will be fully involved in decisions about their care, according to new UK government proposals. (Joerg Reimann/photos.com)
Health News

The proposed changes to the NHS Constitution pledge that end of life patients and their families and carers should be consulted in all discussions and decisions about their care and treatment.

Doctors agree the proposed reforms are a positive step forward after the Liverpool Care Pathway for the Dying Patient (LCP) approach sparked controversy in recent months.

“We have had a number of families contacting us with very distressing stories relating sometimes to the fact that they were deceived or not told that their loved one was on the Liverpool Care Pathway.”

The NHS-approved LCP protocol includes painkillers and sometimes sedation for dying patients. According to the consensus statement on the LCP published on the End of Life Care programme website in September 2012: “The LCP does not preclude the use of clinically assisted nutrition or hydration – it prompts clinicians to consider whether it is needed and is in the person’s best interest.” The pathway is one approach the NHS refers to as “end of life care pathways”.

The Parliamentary Under Secretary of State for Health, Earl Howe, said in the House of Lords on June 20, 2012: “The Liverpool Care Pathway has sometimes been accused of being a way of withholding treatment, including hydration and nutrition. That is not the case. It is used to prevent dying patients from having the distress of receiving treatment or tests that are not beneficial and that may in fact cause harm rather than good.”

Cole warns of the risks of poorly managed LCP causing suffering to patients and their families. He is concerned the symptom of thirst is not acknowledged by LCP.

“We have had some dreadful cases reported to us of people who have not had any fluids at all for two weeks before dying, and dying obviously in great distress.

“There is something radically wrong,” Cole said.

Cole is calling for an independent inquiry into the functioning of the LCP. He cautions against an internal inquiry by the proponents or promoters of LCP saying, “I’m afraid the truth may not emerge.”

The pathway, developed in the 1990s by Royal Liverpool University Hospital and the city’s Marie Curie hospice, is a model that enables health care professionals to focus on care in the last hours or days of life when a death is expected, according to the NHS End of Life Care programme website.

Doctors worry that how to determine a patient is imminently dying is without any true scientific basis.

“It is at best a prediction by clinicians and research suggests this is often wrong,” Cole said.

According to Cole, good palliative care is the best option for dying patients, giving them symptomatic relief, including for thirst, together with pain relief and personal, social, and spiritual support “in a manner that does not rob people of their consciousness or hasten death”.

Professor Sam Ahmedzai, from the University of Sheffield’s department of oncology, said in an email, “A serious weakness of the LCP is it gives no firm guidance for non-experts on how to judge if a person is very near to the end of life.”

He questioned the use of LCP by professionals with insufficient training or experience.

“This has led to the unfortunate branding of the LCP as ‘NHS euthanasia by the back door’,” Ahmedzai said.

Dr Peter Saunders, campaign director of Care Not Killing, an alliance of health professionals and faith-based organisations who are opposed to euthanasia, said in an email that LCP was a useful clinical tool when used correctly by skilled staff.

He admits the reports of it being used inappropriately with patients “have fuelled concerns and need to be fully investigated”.

“We hope that this inquiry will lead to better care for dying patients and restored public confidence,” Saunders said.

A 12-week consultation period for the proposed changes to the Constitution will offer health professionals, patients, and the public the opportunity to air their views.

Baroness Knight also called for an independent inquiry into claims that patients put on the LCP may have continued to live without the pathway.

The LCP is endorsed by 22 organisations, including professional bodies and palliative care specialists. The Association for Palliative Medicine (APM) is a co-signatory to a consensus statement on the LCP published on the End of Life Care programme website in September 2012.

President of the Association for Palliative Medicine Dr Bee Wee said in a statement: “The APM intends to undertake such a piece of work about integrated care pathways for the last days of life, in collaboration with a number of national organisations.”

Norman Lamb, Minister of State for Care and Support, recognises the need for patients to receive appropriate care and support in their final days and hours.

“To do this we need to know how patients and families feel about the care they receive. And we need to make sure that health professionals have the best tools to help them with this sensitive work,” Lamb said in a recent statement.

“I am pleased that expert groups are looking at this.”

A spokesperson from the NHS National End of Life Care Programme was unavailable for comment.