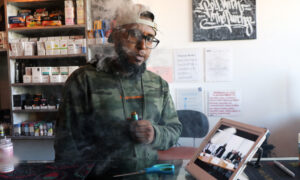 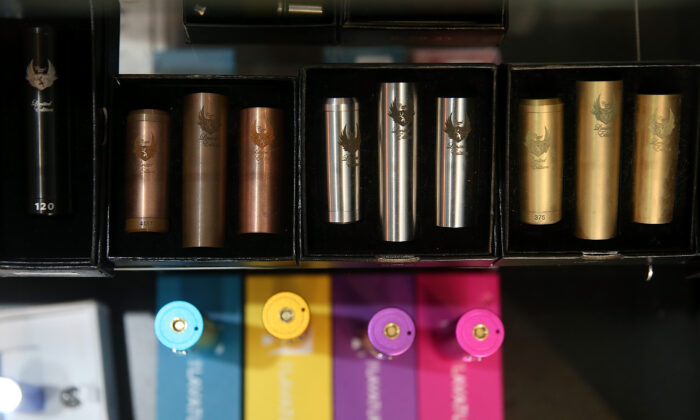 Teenagers in Maryland will be unable to buy tobacco products, including electronic smoking devices, when a new law goes into effect on Oct. 1.

Meanwhile, U.S. officials continue to investigate a spate of illnesses and deaths associated with vaping.

The new minimum sales age to purchase all tobacco products in the state will be 21, up from the previous minimum of 18. These include “e-cigarettes, vapes, pod devices such as Juul, e-liquids, and component parts and accessories,” according to the Maryland Department of Health.

Active duty military personnel, however, are exempt from the new law, as long as they present valid military identification.

The Centers for Disease Control and Prevention (CDC), state health officials, and other health agencies are investigating 805 confirmed and probable cases, including 12 deaths, from a mysterious respiratory illness tied to vaping, as of the latest update on Sept. 24.

The reports to the center come from 46 states and the U.S. Virgin Islands, with the median age for cases being 23 years old.

In May, Maryland Gov. Larry Hogan signed a number of health care measures, including raising the minimum age of smoking. His office described the rise of e-cigarette usage as an “epidemic of teen vaping.”

Penalties that sellers can face for breaking the law include criminal and civil fines. First violations incur a fine of $300, a second violation increases the fine to $1,000, and subsequent violations within two years are $3,000.

Meanwhile, the nation’s largest retailer, Walmart, said weeks ago it would no longer sell e-cigarettes.

“Given the growing federal, state, and local regulatory complexity and uncertainty regarding e-cigarettes, we plan to discontinue the sale of electronic nicotine delivery products at all Walmart and Sam’s Club U.S. locations,” the retailer said in a statement.

U.S. health officials are also recommending people stop using electronic cigarettes or vaping products, particularly those that contain the marijuana ingredient tetrahydrocannabinol (THC), based on the latest findings of a CDC investigation.

The spate of lung injuries associated with e-cigarette use or vaping suggests that THC products “play a role in the outbreak,” the center said on Sept. 27.

The investigation is continuing, the agency noted, adding that the exact cause of the illnesses and deaths still “remains unknown at this time.”

While E-cigarettes have been marketed as tools to help people quit smoking, the devices face heightened regulatory scrutiny in the wake of the recent illnesses. President Donald Trump on Sept. 11 said he’s authorizing the Food and Drug Administration to finalize rules banning the sale of all flavored e-cigarettes.