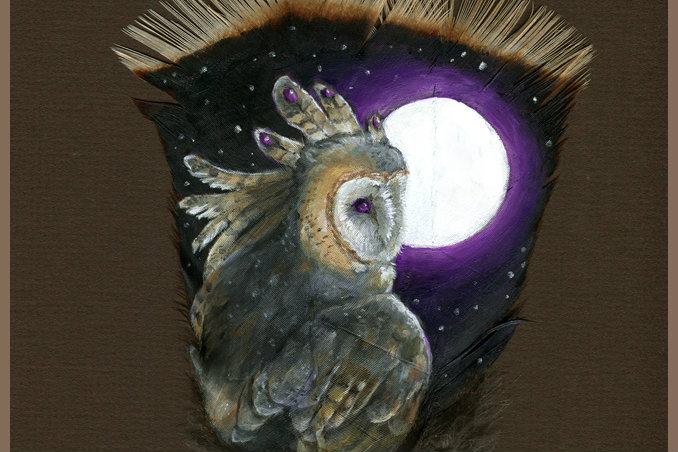 Mystical and Magical, This Feather Art Will Carry You to Another World (Photo Gallery)

A love of the natural world and a constant sense of wanderlust inspire Brenda Lyons’ art.

She studied arts at Rocky Mountain College in Montana. She has also lived in Ireland and studied illustration at the Savannah College of Art and Design in Atlanta. Though she eventually settled back into her hometown in Connecticut, the urge to travel and explore the world remains in her heart. Her art, with its mystical flavor, seems to explore lands beyond the boundaries of ordinary life.

She illustrates the world of dream and fantasy. Absorbing books about animals and paintings by naturalist and conservationist John James Audubon, her work also has roots in the natural landscapes of our world. Other artists who have inspired her include Peter Parnall, Arthur Rackham, and Susan Seddon-Boulet.

Most of Lyon’s paintings are done with watercolor, but she also uses acrylic, ink, and graphite, and she loves to experiment with different mediums.