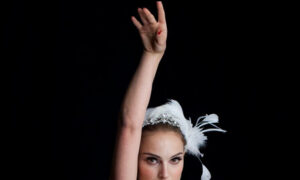 When Lucasfilm was casting the iconic role of Han Solo from “Star Wars,” you’d think they’d want to do a bang-up job of it. But no—a complete whiff—the new kid (Alden Ehrenreich) ain’t got it. Whatsoever.

Chalk it up to America’s having a harder and harder time producing manly actors. Harrison Ford, the original Solo, was one of the last manly American movie stars. For quite some time now, when Hollywood wants a manly man, America goes looking in Australia.

You can see what the new guy did here. The youthful Harrison Ford was all about the smirk, and Ehrenreich tries to follow in those giant footsteps by smirking nonstop; there is no time that it comes off his face. OK maybe twice.

But Harrison Ford’s smirk was a mixture of manly, blistering-but-insouciant sarcastic arrogance, backed by world-class comedic timing. You welcomed the smirk; it was actually a little bit endearing. Ehrenreich’s is the smirk of an entitled brat, and the comedic delivery is not steel-nerved, deep-space pilot, but straight-up doofus.

We’re introduced to Ehrenreich’s young Han Solo, a streetwise con artist, enslaved on the shipyard planet of Corellia with cute girlfriend Qi’ra (Emilia Clarke from “Game of Thrones”), who he’s constantly making out with.

In fact, the whole beginning of the movie is as follows: smirk, kiss, smirk, brag, smirk, kiss, run away from bad guys. Including a bad girl—the giant female inchworm that runs Corellia, lookin’ like Jabba the Hutt crossed with a caterpillar.

Han and Qi’ra try to escape their murky, street-urchin existence; he gets away, but she doesn’t. He searches for her evermore, befriending along the way a thieving rogue named Tobias Beckett (Woody Harrelson), and filling in the blank of how Han Solo met Chewbacca (Joonas Suotamo).

Suffice it to say, Chewbacca was about to have Han for lunch. Good thing Solo speaks Wookie. But then you wonder why he needed it, since Chewbacca understands English.

We see where Han, now an Imperial soldier recruit, got his last name. Well, let’s see. He’s got no family; he’s from nowhere in particular. What should his last name be?

We get to sit in on the card game Solo plays with Lando Calrissian (Donald Glover), filling in Calrissian’s origin story. (Calrissian was originally played by Billy Dee Williams). Solo gets him to bet his hot-rod spaceship. Can you guess the name of that spaceship?

With Tobias and his girlfriend (Thandie Newton), Han tries to pull off a Butch Cassidy-and-Sundance-style train robbery of a Hyperfuel shipment. It’s a super-high-tech, sideways-and-upside-down, high-rate-of-speed train. It’s like a Six Flags Great Adventure roller coaster pasted to the side of the Grand Canyon, if the Grand Canyon were in Siberia. And this all while holding off an attack from marauders who are trying to poach Han’s poaching.

The only thing you can think about is: “How’d they build those train tracks, at those heights, in that weather? It must have taken 5,000 years.” It keeps you from concentrating on the stellar acting that’s happening all around you.

Finally, Han’s ex-girlfriend, who was once lost, is now found and in the possession of Crimson Dawn kingpin Dryden Vos (Paul Bettany). She’s been branded. (Human trafficking slaves being branded is in the news a lot lately.) Han feels the need to get her back!

The only dingy thing in the movie with something going for it is the hilarious, hip-swinging, neck-cranking, super-sassy robot character L3, voiced by Phoebe Waller-Bridge. Her “Listen girlfriend” bonding session with Qi’ra, about how Calrissian is way into her (Miss L3), but she doesn’t think she’ll go for him, because, you know, they’re not a good fit—is almost worth the price of a movie ticket. The rest of “Solo” is not.