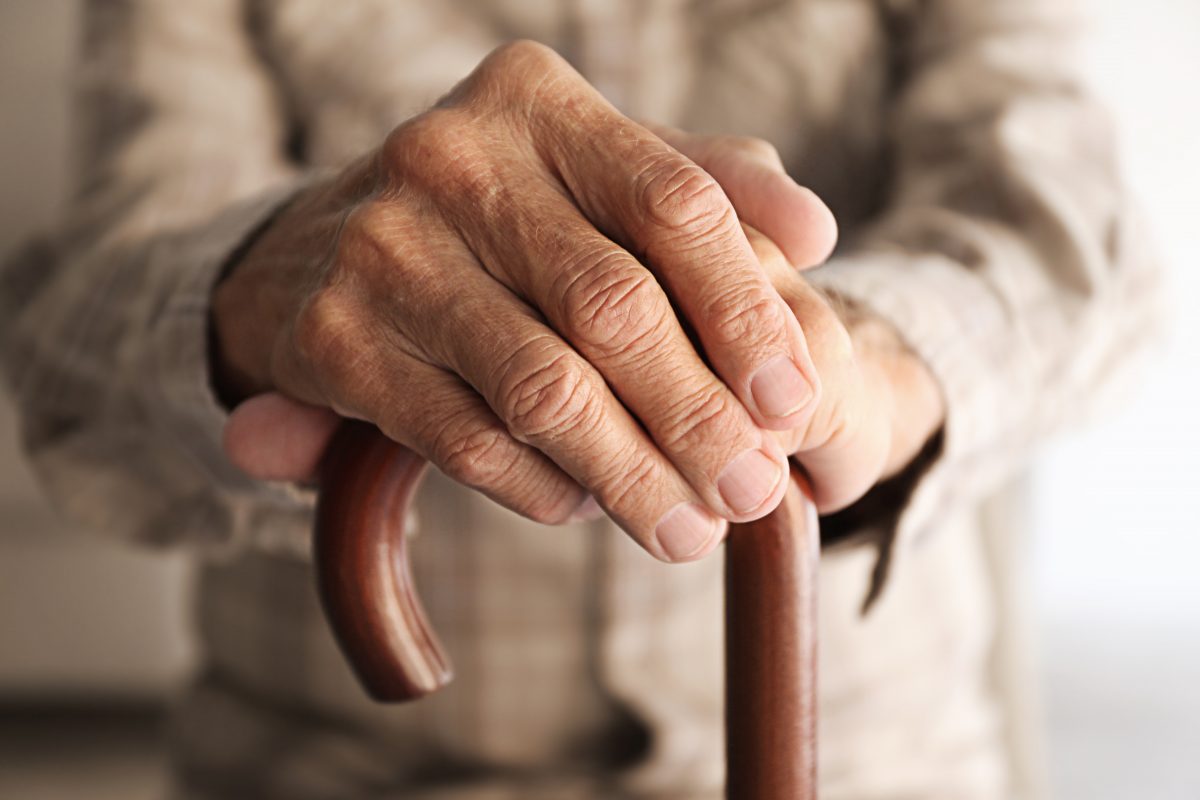 More Seniors Are Dying in Falls

Rates of fatal falls have doubled since 2000 and doctors can do more to stop that
BY Judith Graham
TIMEJuly 17, 2019

A new study suggests that sort of advice hasn’t proved to be very effective: Nearly three times more adults age 75 and older died from falls in 2016 than in 2000, according to a recent report in the Journal of the American Medical Association.

Elizabeth Burns, a co-author of the report and health scientist at the U.S. Centers for Disease Control and Prevention (CDC), said it’s not yet clear why fatal falls are increasing. Older adults are probably more vulnerable because they’re living longer with conditions such as diabetes and cardiovascular disease and taking more brain-altering medications such as opioids, she noted.

By 2030, the CDC projects that 49 million older adults will fall each year, resulting in 12 million injuries and more than $100 billion in health-related spending.

The steep increase in fatal falls is “definitely upsetting,” especially given national, state, and local efforts to prevent these accidents, said Kathleen Cameron, senior director of the Center for Healthy Aging at the National Council on Aging.

Since 2012, the CDC has tried to turn the situation around by encouraging physicians to adopt evidence-based fall prevention practices. But doctors still aren’t doing enough to help older patients, Burns said.

She cites evidence from two studies. In one, published in 2016, researchers found that fewer than half of seniors who were considered high risk—people who’d fallen repeatedly or sought medical attention for falls—received a comprehensive fall risk assessment, as recommended by the CDC and the American Geriatrics Society.

In another study, published last year, Burns found that physicians and nurse practitioners routinely failed to review older adults’ medications (about 40 percent didn’t do so), recommend exercise (48 percent didn’t), or refer people to a vision specialist (about 62 percent didn’t) when advising older patients about falls.

Physicians’ involvement is important because older adults tend to take their doctors’ advice seriously, said Emily Nabors, program manager of the Fall Prevention Center of Excellence at the University of Southern California.

Also, seniors tend to underestimate their chance of falling.

“It’s very easy for people to look at a list of things that they should be concerned about and think, ‘That doesn’t apply to me. I walk just fine. I don’t have trouble with my balance,’” said Dorothy Baker, a research scientist at Yale School of Medicine and executive director of the Connecticut Collaboration for Fall Prevention.

What’s the alternative to giving seniors a laundry list of things to do and hope they pay attention? We asked experts around the country for suggestions:

Get a fall risk assessment. Doctors should ask older adults three questions about falls: Have you fallen in the past year? Do you feel unsteady when walking or standing? And are you afraid of falling?

If the answer is yes to any of these questions, you’re probably a good candidate for a comprehensive fall risk evaluation.

Dr. Muriel Gillick, a geriatrician at Harvard Medical School, believes older patients and their families should “clamor” for these assessments. “Tell your doctor, ‘We’re really worried about falls. Can you do this kind of evaluation?’” she said.

When you join Medicare, you become eligible for a “Welcome to Medicare” prevention visit, during which doctors should evaluate your chance of falling. (This is a brief screening, not a thorough examination.) Subsequently, seniors are eligible each year for a Medicare annual wellness visit, which offers another chance for a physician to assess your fall risk.

If your doctor doesn’t offer these services, ask for a referral to another medical practice, said Leslie Allison, editor-in-chief of the Journal of Geriatric Physical Therapy. Physical therapists can provide an in-depth review of walking, muscle strength and balance, she noted.

The CDC’s “Stay Independent” brochure lists 12 fall-related considerations for those interested in doing a self-assessment. The last one asks about depression, which alters attention, slows responses, and is often overlooked in discussions about falls.

Get a personalized plan. A fall assessment should identify risk factors that are specific to you as well as ways to address them.

“The goal is to come up with personalized recommendations, which older adults are far more likely to take up than generic non-tailored approaches,” said Elizabeth Phelan, a researcher of falls and associate professor of geriatric medicine at the University of Washington.

Take programs that address balance, for example. Some are designed for older adults who are frail, some for those who are active, and still others for those in between. “If a senior goes to a program that doesn’t meet her needs, it’s not going to work out,” said Mindy Renfro, associate professor of physical therapy at Touro University Nevada.

The single most important intervention is exercise—but not just any kind. Notably, simply walking—the type of exercise most older adults get—won’t help unless seniors have previously been sedentary.

“If you’re walking, by all means, don’t stop: It’s good for general health and well-being,” Phelan said. “But to prevent falls, you need to focus on strength and balance.”

Exercise such as tai chi or the Otago Exercise Program could improve strength and balance, advises Cameron of the National Council on Aging. She suggested asking an area agency on aging, a senior center, YMCA, or YWCA about classes. The center also has formed fall prevention coalitions in 43 states. Look for one near you.

A national directory of resources that can help older adults make home modifications is being expanded through a new program led by USC’s Leonard Davis School of Gerontology. Occupational therapists can evaluate homes and suggest changes to reduce your chance of falling. Ask your physician for a referral.

Your doctor’s guidance will be needed to review medications that can contribute to falls. Using three or more psychotropic medications such as opioids, antidepressants, antipsychotics, benzodiazepines (such as Valium), and “Z” drugs for sleep (such as Ambien) puts seniors at substantial risk, said Dr. Donovan Maust, an assistant professor of psychiatry at the University of Michigan Medical School.

Be careful during transitions. Older adults coming home from the hospital or starting new medications should be especially careful about falling, because they may be weak, deconditioned, exhausted, and disoriented.

A new paper from researchers at the University of Michigan and Yale University highlights this risk. They looked at 1.2 million older adults readmitted to the hospital within 30 days of being discharged in 2013 and 2014. Fall-related injuries were the third-most-common reason for readmissions.

In other studies, Geoffrey Hoffman, an assistant professor at the University of Michigan School of Nursing, has asked seniors and caregivers about their experiences during discharge planning. None remembered receiving information about falls or being advised that they might be at risk.

Hospital staffers should discuss fall prevention before older patients leave the hospital, Hoffman said, calling it “a time when it’s critical to intervene on fall risk.”

Consider the message. In research studies and focus groups, older adults report they don’t like negative messages surrounding falls such as “You can hurt yourself badly or die if you don’t watch out.”

“Telling older adults what they need to do to be safe feels patronizing to many people and raises their hackles,” Hoffman said.

Instead, seniors respond better to messages such as “taking these steps is going to help you stay independent,” Burns of the CDC said.

Judith Graham is a columnist for Kaiser Health News. KHN’s coverage of these topics is supported by the John A. Hartford Foundation, Gordon and Betty Moore Foundation, and The SCAN Foundation. 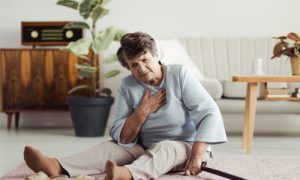 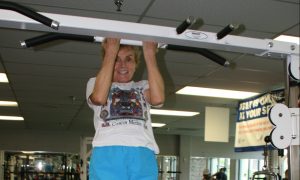 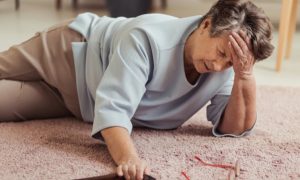 WellnessBy Judith Graham
Before the Fall: How Seniors Can Avoid One of Aging’s Most Dangerous Events
07-11-2019
sharecomments