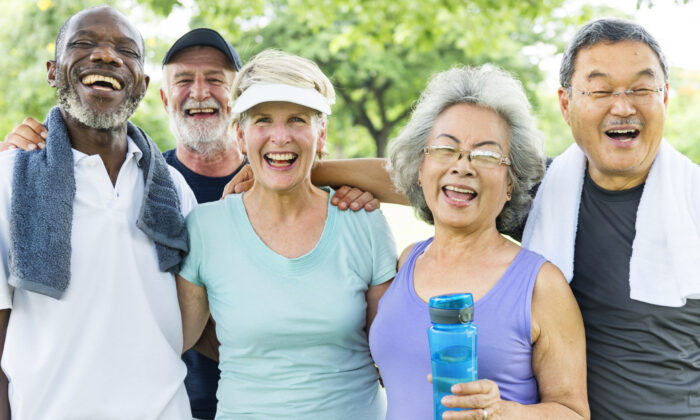 Exercise appears to counter inflammation in the brain, preserving cognitive ability even in the face of disease.(Rawpixel.com/Shutterstock)
Brain Health

A new study reveals that exercise may reduce brain inflammation, better protecting us from Alzheimer's
By Áine Kelly
biggersmaller
Print

Physical activity is very important for a number of reasons—including that it helps to protect the structure and function of our brain as we age. This may be key in reducing the risk of developing certain neurodegenerative conditions, such as Alzheimer’s disease.

Though researchers have known about the protective effect of exercise for many years, exactly why it has this effect on the brain has remained a mystery. But a recent study published in the Journal of Neuroscience might shed some light on this puzzle. According to its findings, physical activity alters the activity of the brain’s immune cells, which lowers inflammation in the brain.

The brain contains a class of special immune cells known as microglia, which constantly survey the brain tissue for damage or infection and clear away debris or dying cells. Microglia also help direct the production of new neurons (nerve cells in the brain that communicate and send messages to other cells) via a process called neurogenesis, which is linked with learning and memory.

But in order for microglia to step up and do their job, they need to switch from a resting state to an activated state. Signals from pathogens (such as a virus) or from damaged cells will activate the microglia. This changes their shape and causes them to produce pro-inflammatory molecules—allowing them to resolve and repair damage or infection.

However, microglia can also be inappropriately activated as we age, causing chronic brain inflammation and impairing neurogenesis. This inflammation has been suggested as a reason why brain function often declines with age, and these changes can be even worse in the case of neurodegenerative conditions such as Alzheimer’s.

Studies in laboratory mice and rats have shown that exercise can counteract some of the damaging effects of microglial activation. But this latest study has revealed for the first time a link between physical activity, reduced microglial activation, and better cognitive function in the human brain.

The study’s researchers looked at 167 men and women who participated in the Rush Memory and Aging Project. This was a long-term project at Rush University in Chicago that sought to identify factors that contribute to brain health in older people. Participants completed annual assessments of their physical activity, which was monitored by a wearable activity tracker, alongside assessments of their cognitive function and motor performance (such as muscle strength and walking speed).

Participants also donated their brains for post-mortem analysis as part of the study. This allowed the researchers to analyze the brain tissue for evidence of activated microglia, and for signs of disease in the brain—such as unhealthy blood vessels, or the presence of plaques containing the protein beta-amyloid (a hallmark of Alzheimer’s disease). The researchers also looked at the levels of synaptic proteins in participants’ brains. Synapses are the tiny junctions between nerve cells where information is transmitted, so the levels of these give a broad indication of healthy brain function.

Unsurprisingly, the younger the participants, the more physically active they were and the better their motor function. Overall, being more physically active was associated with lower microglial activation in certain brain regions (such as the inferior temporal gyrus, which is involved in memory and recall) which are typically affected early on when Alzheimer’s begins developing.

This was true even when signs of Alzheimer’s were present in the brain. This suggests that physical activity can reduce the damaging effects of inflammation in the brain—even when a disease has already started to develop. The study also showed that more microglial activation was linked with greater cognitive decline and lower synaptic protein levels.

Not only do these findings indicate that inflammation in the brain can significantly affect cognitive function and may be a risk factor in developing Alzheimer’s disease, but they also show that physical activity may help us to develop resilience in the brain to effects that would otherwise be damaging.

While these findings are promising, there are some limitations to the study. Post-mortem analysis can only reveal a single snapshot in time of the status of the brain. This means that we can’t tell exactly when signs of disease developed in participants’ brains—and at what point physical activity could have made a difference.

The study was also only observational, meaning it observed changes in participants going about their lives, as opposed to an interventional study in which different people would be randomly assigned to two different groups where some exercised and some didn’t. We therefore can’t conclude with certainty that physical activity directly caused the observed changes in brain tissue and cognitive function. These findings also don’t explain the mechanism by which exercise induces these effects.

But this study still adds weight to the growing body of evidence that physical activity can protect brain health and function—even into old age. Being active throughout our lives is likely to give us the best chance of preventing Alzheimer’s and other neurodegenerative conditions from developing, helping us to live long, healthy, and independent lives.

Aine Kelly is a professor in physiology at Trinity College Dublin in Ireland. This article was first published on The Conversation.