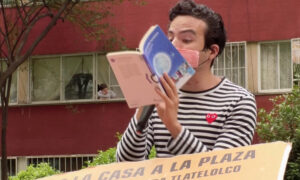 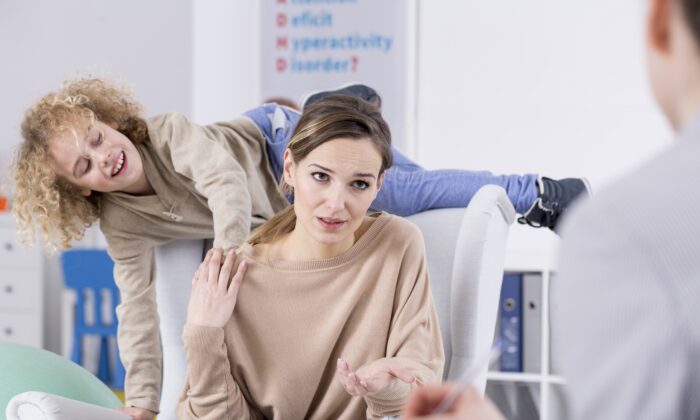 Therapy and support services for children have become a memory for many parents during the pandemic. (Photographee.eu/Shutterstock)
Mind & Body

A bag of Doritos, that’s all Princess wanted.

Her mom calls her Princess, but her real name is Lindsey. She’s 17 and lives with her mom, Sandra, a nurse, near Atlanta. On May 17, 2020, Lindsey decided she didn’t want breakfast; she wanted Doritos. So she left home and walked to the Family Dollar store, taking her pants off along the way, while her mom followed on foot, talking to the police on her phone as they went.

Lindsey has autism. It can be hard for her to communicate and navigate social situations. She thrives on routine and gets special help at school. Or got help, before the COVID-19 pandemic closed schools and forced tens of millions of children to stay home.

“It’s like her brain was wired,” she said. “She’d just put on her jacket, and she’s out the door. And I’m chasing her.”

On May 17, Sandra chased her all the way to Family Dollar. Hours later, Lindsey was in jail, charged with assaulting her mom. (KHN and NPR are not using the family’s last name.)

Lindsey is one of almost 3 million children in the United States who have a serious emotional or behavioral health condition. When the pandemic forced schools and doctors’ offices to close last spring, it also cut children off from trained teachers and therapists who understand their needs.

As a result, many, like Lindsey, spiraled into emergency rooms and even police custody. Federal data shows a nationwide surge of kids in mental health crisis during the pandemic—a surge that’s further taxing an already overstretched safety net.

Even after schools closed, Lindsey continued to wake up early, get dressed, and wait for the bus. When she realized it had stopped coming, Sandra said, her daughter just started walking out of the house and wandering a few times a week.

In those situations, Sandra did what many families in crisis report they’ve had to do since the pandemic began: race through the short list of places she could call for help.

First, came the calls to her state’s mental health crisis hotline, but they often put Sandra on hold.

Then there’s the local hospital’s emergency room, but Sandra said she had taken Lindsey there for previous crises and been told there isn’t much they can do.

That’s why, on May 17, when Lindsey walked to Family Dollar in just a red T-shirt and underwear to get that bag of Doritos, Sandra called the last option on her list: the police.

Sandra arrived at the store before the police and paid for the chips. According to Sandra and police records, when an officer approached, Lindsey grew agitated and hit her mom hard on the back.

Sandra said she explained to the officer: “‘She’s autistic. You know, I’m OK. I’m a nurse. I just need to take her home and give her her medication.’”

Lindsey takes a mood stabilizer, but because she left home before breakfast, she hadn’t taken it that morning. The officer asked if Sandra wanted to take her to the nearest hospital.

The hospital wouldn’t be able to help Lindsey, Sandra said. It hadn’t before.

“They already told me, ‘Ma’am, there’s nothing we can do.’ They just check her labs, it’s fine, and they ship her back home. There’s nothing [the hospital] can do,” she recalled telling the officer.

Sandra asked if the police could drive her daughter home so the teen could take her medication, but the officer said no, they couldn’t. The only thing they could do, the officer said, was to take Lindsey to jail for hitting her mom.

“I’ve tried everything,” Sandra said, exasperated. She paced the parking lot, feeling hopeless, sad, and out of options.

Finally, in tears, she told the officers, “Take her.”

Lindsey doesn’t like to be touched and fought back when authorities tried to handcuff her. Several officers wrestled her to the ground. At that point, Sandra protested and said an officer threatened to arrest her, too, if she didn’t back away. Lindsey was taken to jail, where she spent much of the night until Sandra was able to post bail.

Clayton County Solicitor-General Charles Brooks denied that Sandra was threatened with arrest; he said that while Lindsey’s case is still pending, his office “is working to ensure that the resolution in this matter involves a plan for medication compliance and not punitive action.”

Sandra isn’t alone in her experience. Multiple families interviewed for this story reported similar experiences of calling in the police when a child was in crisis because caretakers didn’t feel they had any other option.

‘The Whole System Is Really Grinding to a Halt’

Many of these children depend on schools for access to vital therapies. When schools and doctors’ offices stopped providing in-person services last spring, kids were untethered from the people and supports they rely on.

“The lack of in-person services is really detrimental,” said Dr. Susan Duffy, a pediatrician and professor of emergency medicine at Brown University.

Marjorie, a mother in Florida, said her 15-year-old son has suffered during these disruptions. He has attention deficit hyperactivity disorder and oppositional defiant disorder, a condition marked by frequent and persistent hostility. Little things—such as being asked to do schoolwork—can send him into a rage, leading to holes punched in walls, broken doors, and violent threats. (Marjorie asked that the family’s last name or her son’s first name not be used to protect her son’s privacy and future prospects.)

The pandemic has shifted both school and her son’s therapy sessions online. But Marjorie said virtual therapy isn’t working because her son doesn’t focus well during sessions and tries to watch TV instead. Lately, she has simply been canceling them.

“I was paying for appointments and there was no therapeutic value,” Marjorie said.

The issues cut across socioeconomic lines—affecting families with private insurance, like Marjorie, as well as those who receive coverage through Medicaid, a federal-state program that provides health insurance to low-income people and those with disabilities.

In the first few months of the pandemic, between March and May, children on Medicaid received 44 percent fewer outpatient mental health services—including therapy and in-home support—compared to the same time period in 2019, according to the Centers for Medicare & Medicaid Services. That’s even after accounting for increased telehealth appointments.

And while the nation’s emergency rooms have seen a decline in overall visits, there was a relative increase in mental health visits for kids in 2020 compared with 2019.

“Proportionally, the number of mental health visits is far more significant than it has been in the past,” said Duffy. “Not only are we seeing more children, more children are being admitted” to inpatient care.

That’s because there are fewer outpatient services now available to children, she said, and because the conditions of the children showing up at ERs “are more serious.”

This crisis isn’t only making life harder for these kids and their families, but it’s also stressing the entire health care system.

Child and adolescent psychiatrists working in hospitals around the country said children are increasingly “boarding” in emergency departments for days, waiting for inpatient admission to a regular hospital or psychiatric facility.

Before the pandemic, there was already a shortage of inpatient psychiatric beds for children, said Dr. Christopher Bellonci, a child psychiatrist at Judge Baker Children’s Center in Boston. That shortage has only gotten worse as hospitals cut capacity to allow for more physical distancing within psychiatric units.

“The whole system is really grinding to a halt at a time when we have an unprecedented need,” Bellonci said.

‘A Signal That the Rest of Your System Doesn’t Work’

Psychiatrists on the front lines share the frustrations of parents struggling to find help for their children.

Part of the problem is there have never been enough psychiatrists and therapists trained to work with children and intervene in the early stages of their illness, said Dr. Jennifer Havens, a child psychiatrist at New York University.

“Tons of people showing up in emergency rooms in bad shape is a signal that the rest of your system doesn’t work,” she said.

Too often, Havens said, services aren’t available until children are older—and in crisis.

“Often, for people who don’t have access to services, we wait until they’re too big to be managed.”

While the pandemic has made life harder for Marjorie and her son in Florida, she said it has always been difficult to find the support and care he needs. Last fall, he needed a psychiatric evaluation, but the nearest specialist who would accept her commercial insurance was 100 miles away, in Alabama.

“Even when you have the money or you have the insurance, it is still a travesty,” Marjorie said. “You cannot get help for these kids.”

Parents are frustrated, and so are psychiatrists on the front lines. Dr. C.J. Glawe, who leads the psychiatric crisis department at Nationwide Children’s Hospital in Columbus, Ohio, said that once a child is stabilized after a crisis, it can be hard to explain to parents that they may not be able to find follow-up care anywhere near their home.

“Especially when I can clearly tell you I know exactly what you need, I just can’t give it to you,” Glawe said. “It’s demoralizing.”

When states and communities fail to provide children the services they need to live at home, kids can deteriorate and even wind up in jail, like Lindsey. At that point, Glawe said, the cost and level of care required will be even higher, whether that’s hospitalization or long stays in residential treatment facilities.

That’s exactly the scenario Sandra, Lindsey’s mom, is hoping to avoid for her Princess.

“For me, as a nurse and as a provider, that will be the last thing for my daughter,” she said. “It’s like [state and local leaders] leave it to the school and the parent to deal with, and they don’t care. And that’s the problem. It’s sad because, if I’m not here …”

Her voice trailed off as tears welled.

“She didn’t ask to have autism.”

To help families like Sandra’s and Marjorie’s, advocates said, all levels of government need to invest in creating a mental health system that’s accessible to anyone who needs it.

But given that many states have seen their revenues drop due to the pandemic, there’s a concern that services will instead be cut—at a time when the need has never been greater.