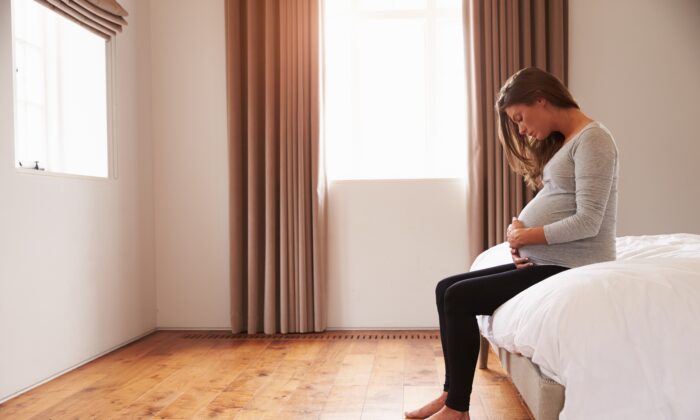 Miscarriage: What I Wish I Had Known

I experienced five miscarriages. Fortunately, I am blessed with three healthy children; two boys ages 11 and 7 years, and an 8-month-old girl. However, wide gaps exist between their ages because of my many losses along the way. With each miscarriage, I became pregnant quickly, but lost the baby within the first trimester. There were no obvious warning signs; one moment I felt fine and the next moment, I lost the baby.

After my first miscarriage, I tried many strategies in an attempt to prevent a second loss, such as a clean diet, clean water, stress management, positive affirmations, and continuing to consume prenatal vitamins. After the fourth miscarriage, I elicited help from the top fertility specialist in the state. He couldn’t help me either. After running a gamut of tests, he concluded there was “nothing wrong” with me. My biological age was 10 years younger than my chronological age, so he advised me to “stop stressing about it” and sent me on my way. Shortly after that visit, I became pregnant again and suffered from a fifth miscarriage.

Fortunately, last year I gave birth to a healthy nine-pound baby girl. However, once again, I almost lost her during the pregnancy. We made it through the first trimester with no obvious health problems, except severe nausea which was dismissed as “normal.” Then, during month four, I began to bleed. Fortunately, the bleeding stopped quickly, but the medical doctors and I were baffled. There were no obvious warning signs that something was wrong; the pregnancy was textbook in terms of the health of my baby and myself. So, what happened?

The mystery of the bleed and my five miscarriages was solved a couple of months after my daughter was born when I elected to test myself for MTHFR gene variants. The MTHFR gene produces the MTHFR enzyme, which is short for methylenetetrahydrofolate reductase. This enzyme turns folate (vitamin B9) into methylfolate, which is the form of folate that is usable by your body. Methylfolate donates a methyl group to other compounds in your body. That process is called methylation. Methylation is required for proper functioning of nearly all processes in your body, such as:

In addition, methylation is critical during pregnancy because it is required for making new RNA, DNA, fats, and proteins. In other words, it’s required for the creation of new cells in the growing baby as well as the placenta. Consequently, if the methylation pathway is downregulated, it can lead to miscarriage.

Test results revealed that I have a genetic variant of the MTHFR gene, which means I have a decreased ability to clear toxins from my body. It also partially explains why I suffered from five miscarriages (all during the first trimester) and almost lost my baby girl in month four of pregnancy.

A decreased ability to methylate is an often-overlooked explanation for miscarriage. It’s not commonly discussed among medical doctors. In fact, I sought help from many doctors during my struggle with multiple miscarriages and nobody mentioned it—not even the fertility specialist. Yet, it’s estimated that up to 40 percent of the population has a variant in the MTHFR gene.

When you have a variant in the MTHFR gene, the enzyme made from that gene doesn’t work as efficiently. The result is a 30 to 70 percent reduction in enzyme activity. In other words, you produce significantly less methylfolate than someone without the genetic variant. The degree of impairment depends on the specific gene variant, as well as individual factors. For example, impairment of the methylation process can also occur due to deficiencies in certain micronutrients, stress level, and overall toxic burden from chemicals in the food and water. The bottom line is, the reduced ability to methylate has a profound impact on your health, including increased risk of miscarriage.

To make matters worse, when a woman desires to become pregnant, she is usually instructed by a medical doctor to consume high doses of folic acid in a supplemental form in order to prevent neural tube defects. The problem with that advice is two-fold:

Looking back, the severe nausea I experienced during every pregnancy was a symptom of poor methylation. If I knew then what I know now about the MTHFR gene variants, I would have incorporated additional dietary and lifestyle changes to reduce my chance of miscarriage. My overall approach was to lower the toxic burden on my body by consuming clean food and clean water, as well as using nontoxic personal care products and cleaning supplies. However, I would have also included the following steps in an attempt to compensate for the reduced ability to methylate:

Dr. Sina McCullough is the creator of “Go Wild: How I Reverse Chronic & Autoimmune Disease,” and author of “Hands Off My Food” and “Beyond Labels.”  She holds a doctorate in nutrition from the University of California–Davis. She is a master herbalist, Gluten Free Society certified practitioner, and homeschool mom of three.