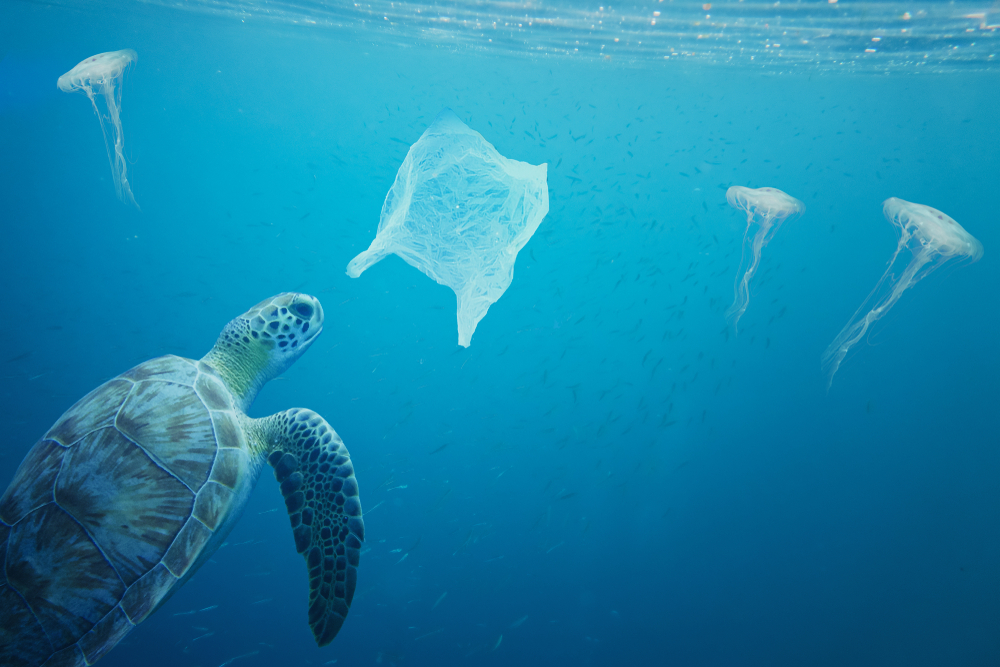 Microplastics and Pollution Combine to Become Much More Toxic: Study

Microplastics can pick up pollution in their travels and pose an even greater threat to human health, according to a new study.

In the ocean, for example, toxic compounds can hitch a ride on plastic and make the material 10 times more toxic than it would normally be, according to the research published earlier this year in Chemosphere.

Although the dangers of both microplastics and harmful compounds have been studied individually, few researchers have look at their combined effect. This study is also unique in that the researchers tested these polluted plastic particles on human cells—most previous research has focused on the impacts on marine life.

Microplastics are tiny plastic particles formed when larger pieces of plastic degrade over time—and they are ubiquitous, found everywhere from Mount Everest to the Mariana Trench. They can act as magnets for environmental pollution, transforming them into potentially toxic particles, Andrey Rubin, a Ph.D. Student at Tel Aviv University and first author of the study, told EHN.

Previous research has found they can accumulate an array of harmful chemicals, including heavy metals, polychlorobiphenyls (PCBs) and perfluoroalkyl substances (PFAS).

The microplastics can then funnel these compounds into the bodies of marine organisms, which studies have shown can lead to neurotoxicity, an altered immune response, a reduced growth rate, and death. From there, the tainted microplastics can continue to make their way up the food chain, inadvertently exposing humans.

Rubin and co-author Ines Zuker, a professor of Mechanical Engineering at Tel Aviv University, tested what would happen when human cells found along the intestinal tract were exposed to a pollution-plastic mixture containing one type of microplastic known as microbeads and triclosan, an antimicrobial ingredient that was banned in the U.S. in 2016, primarily due to health concerns.

Triclosan, formerly found in mouthwash and hand sanitizer, is an endocrine disruptor that has also been linked to an increase in allergies in children. Even so, “it still exists in some products,” explained Rubin. “A year ago, we saw triclosan in a toothpaste, which is sold here in Israel.”

This story was originally published on the Environmental Health News site.