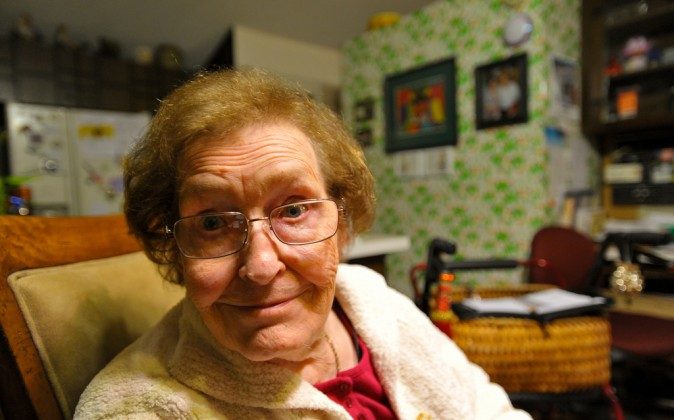 Memories, Not Emotions, Fade for People With Alzheimer’s

By University of Iowa

People with Alzheimer’s disease can feel lingering emotions after an event even though they may not remember it.

Researchers showed individuals with Alzheimer’s disease clips of sad and happy movies. Despite not being able to remember the movies, they experiences sustained states of sadness and happiness.

“This confirms that the emotional life of an Alzheimer’s patient is alive and well,” says lead author Edmarie Guzmán-Vélez, a doctoral student in clinical psychology at University of Iowa.

“Our findings should empower caregivers by showing them that their actions toward patients really do matter,” Guzmán-Vélez says.

Guzmán-Vélez conducted the study with Daniel Tranel, professor of neurology and psychology, and Justin Feinstein, assistant professor at the University of Tulsa and the Laureate Institute for Brain Research.

Earlier research predicted the importance of attending to the emotional needs of people with Alzheimer’s, which is expected to affect as many as 16 million people in the United States by 2050 and cost an estimated $1.2 trillion.

“It’s extremely important to see data that support our previous prediction,” says Daniel Tranel, professor of neurology and psychology. “Edmarie’s research has immediate implications for how we treat patients and how we teach caregivers.”

Despite the considerable amount of research aimed at finding new treatments for Alzheimer’s, no drug has succeeded at either preventing or substantially influencing the disease’s progression. Results of the new study highlight the need to develop new caregiving techniques aimed at improving the well-being and minimizing the suffering for the millions of individuals afflicted with Alzheimer’s.

For the study, published in Cognitive and Behavioral Neurology, 17 patients with Alzheimer’s disease and 17 healthy comparison participants watched 20 minutes of sad and then happy movies. The movie clips triggered the expected emotion: sorrow and tears during the sad films and laughter during the happy ones.

About five minutes after watching the movies, the participants were tested to see if they could recall what they had just seen. As expected, the patients with Alzheimer’s disease retained significantly less information about both the sad and happy films than the healthy people. In fact, four patients were unable to recall any factual information about the films, and one patient didn’t even remember watching any movies.

Before and after seeing the films, participants answered questions to gauge their feelings. Patients with Alzheimer’s disease reported elevated levels of either sadness or happiness for up to 30 minutes after viewing the films despite having little or no recollection of the movies.

Surprisingly, the less the patients remembered about the films, the longer their sadness lasted. While sadness tended to last a little longer than happiness, both emotions far outlasted the memory of the films.

The fact that forgotten events can continue to exert a profound influence on a patient’s emotional life highlights the need for caregivers to avoid causing negative feelings and to try to induce positive ones.

“Our findings should empower caregivers by showing them that their actions toward patients really do matter,” Guzmán-Vélez says. “Frequent visits and social interactions, exercise, music, dance, jokes, and serving patients their favorite foods are all simple things that can have a lasting emotional impact on a patient’s quality of life and subjective well-being.”

Justin Feinstein, assistant professor at the University of Tulsa, is a coauthor of the study.