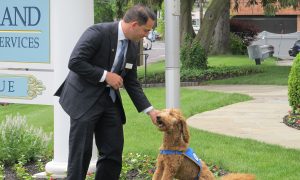 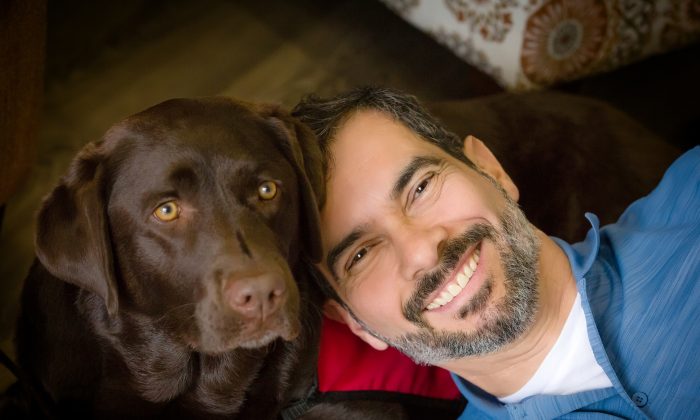 Memo and the Bilingual Dog

Dogs are affectionate, loyal creatures that can also serve in a variety of capacities. It’s also their empathetic nature that makes them spectacular therapy animals. One man has trained a furry friend in both Spanish and English, making her a bilingual dog.

Memo Roa and his wife were compelled to flee from Colombia 20 years ago as a result of mafia violence. Car bombs were a common occurrence, and Roa and his wife felt too afraid to continue living in the country. That’s when they fled to the United States on June 21, 1999.

Roa and his wife were initially uncomfortable in a new country, but gradually became comfortable around the friendly people they encountered.

Roa started working in a kitchen, and began to learn English. One day his wife asked him what he was really passionate about, and he responded that he really loved animals.

When he came home from work five years ago, his wife informed him he could become a certified dog trainer online. He took the course right away.

Roa works as a butcher, and has a close relationship with a customer named June Bleich. She had owned a dog before, and the two often discussed their love for animals. One day, June walked into the specialty food store with a young chocolate Labrador puppy named Molly Jo in her hands. She was only three months old.

“She was great. She was very special, and June asked me to train her,” Roa told The Epoch Times.

Roa began training her in English for June, but when he was by himself he often trained her in his native Spanish. Molly Jo quickly picked up on both languages much like a child growing up in a bilingual household, and will respond to commands in both.

Roa and Molly Jo often visit Covenant House, an organization that provides services for homeless youth and young mothers. Many of the young people there speak Spanish, and are both delighted and surprised to learn that Molly Jo understands Spanish.

“When we go to Covenant House, many of the residents there are Spanish-speaking. They are thrilled to be able to easily speak to her in Spanish,” Bleich told The Epoch Times.

“When you show your affect, your love, your care with them, any language is welcome,” Roa explained.

Many of the residents at Covenant House are frightened and shy as a result of abuse and human trafficking. However, once they learn that they can pet and talk to Molly Jo in Spanish they are immediately drawn to her.

For instance, there was a resident who would sit by the door on the floor alone.

One day Roa approached him with Molly Jo, and instructed her to say hello to him in Spanish.

The man began playing with her with a big smile on his face, and told Roa that she was the only thing that was making him happy.

When they returned, the man told him how badly he had been waiting for Molly Jo to come back. The two played non-stop for 15 minutes.

“That’s very touching for us because he’s a guy that changed 100 percent,” Roa recalled. The man is now planning on going back to school, and wants to find a steady job.

Memo still works as a butcher, but hopes to become a dog trainer full time.

“I want to dedicate my life to help people and animals,” Roa said.