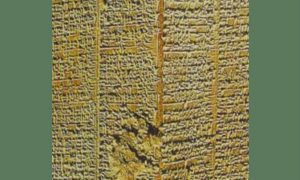 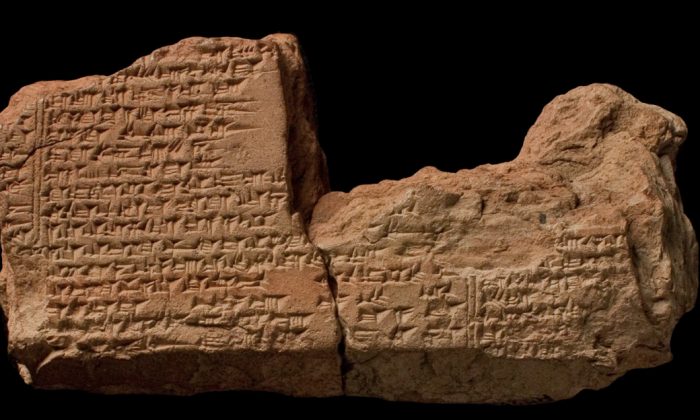 Ancient Mesopotamia, the region roughly encompassing modern-day Iraq, Kuwait, and parts of Syria, Iran, and Turkey, gave us what we could consider some of the earliest known literary “superheroes.”

One was the hero Lugalbanda, whose kindness to animals resulted in the gift of super speed, perhaps making him the literary great-grandparent of the comic hero The Flash.

But unlike the classical heroes (Theseus, Herakles, and Egyptian deities such as Horus), which have continued to be important cultural symbols in modern pop culture, Mesopotamian deities have largely fallen into obscurity.

An exception to this is the representation of Mesopotamian culture in science fiction, fantasy, and especially comics. Marvel and DC comics have added Mesopotamian deities, such as Inanna, goddess of love, Netherworld deities Nergal and Ereshkigal, and Gilgamesh, the heroic king of the city of Uruk.

The Marvel comic book hero of Gilgamesh was created by Jack Kirby, although the character has been employed by numerous authors, notably Roy Thomas. Gilgamesh the superhero is a member of the Avengers, Marvel comics’ fictional team of superheroes now the subject of a major movie franchise, including Captain America, Thor, and the Hulk. His character has a close connection with Captain America, who assists Gilgamesh in numerous battles.

Gilgamesh and Captain America are both characters who stand apart from their own time and culture. For Captain America, this is the United States during the 1940s, and for Gilgamesh, ancient Mesopotamia. A core aspect of their personal narratives is their struggle to navigate the modern world while still engaging with traditions from the past.

Gilgamesh’s first appearance as an Avenger was in 1989 in the comic series Avengers 1, issue #300, “Inferno Squared.” In the comic, Gilgamesh is known, rather aptly, as the “Forgotten One.” The “forgetting” of Gilgamesh the hero is also referenced in his first appearance in Marvel comics in 1976, where the character Sprite remarks that the hero “lives like an ancient myth, no longer remembered.”

In Avengers #304, “…Yearning to Breathe Free!” Gilgamesh travels to Ellis Island with Captain America and Thor. The setting of Ellis Island allows for the heroes’ thoughtful consideration of their shared past as immigrants. Like Gilgamesh, Thor is also from foreign lands, in this case the Norse kingdom of Asgard.

In the 1992 comic Captain America Annual #11, the battle against the villainous Kang sends Captain America time-traveling back to Uruk in 2700 B.C. Captain America realizes that his royal companion is Gilgamesh, and accompanies the king on adventures from the legendary “Epic of Gilgamesh.”

In the original legend, Gilgamesh finds the key to eternal youth, a heartbeat plant, and then promptly loses it to a snake. In the comic adaptation, the snake is an angry sea serpent, which Captain America must fight to save Gilgamesh. The Mesopotamian hero’s famous fixation on acquiring immortality is reflected in his Marvel counterpart’s choice to leave Captain America fighting the serpent in order to collect the heartbeat plant. This leads Cap to observe his ancient friend has “a few millennia” of catching up to do on the concept of teamwork!

Gilgamesh is not the only hero to feature. Marvel’s 1974 comic, Conan the Barbarian #40, “The Fiend from the Forgotten City,” features the Mesopotamian goddess of love, Inanna. In the comic, the barbarian hero is assisted by the goddess while fighting against looters in an ancient “forgotten city.” Marvel’s Inanna holds similar powers to her mythical counterpart, including the ability to heal. It is interesting to note the prominence of the theme of “forgetting” in comic books involving Mesopotamian myths, perhaps alluding to the present-day obscurity of ancient Mesopotamian culture.

It’s tempting to think that Captain America’s 1992 journey back to ancient Mesopotamia was a comment on the political context at the time, particularly the Gulf War. But Roy Thomas, creator of this comic, told me via email that his portrayal of Gilgamesh reflected his interest in the legend from his university days, and teaching students ancient myths at a high school.

Thomas’s belief in the benefits of learning myths is well-founded. Storytelling has been recognized since ancient times as a powerful tool for imparting wisdom. Myths teach empathy and the ability to consider problems from different perspectives.

The combination of social and analytical skills developed through engaging with mythology can provide the foundation for a lifelong love of learning. A recent study has shown that packaging stories in comics makes them more memorable, a finding with particular significance for preserving Mesopotamia’s cultural heritage.

The myth literacy of science fiction and fantasy audiences allows for the representation in these works of more obscure ancient figures. Marvel comics see virtually the entire pantheons of Greece, Rome, and Asgard represented. But beyond these more familiar ancient worlds, Marvel has also featured deities of the Mayan, Hawaiian, and Celtic religions, and Australian Aboriginal divinities, and many others.

The use of Mesopotamian myth in comic books shows the continued capacity of ancient legends to find new audiences and modern relevance. In the comic multiverse, an appreciation of storytelling bridges a cultural gap of 4,000 years, making old stories new again, and hopefully preserving them for the future.

Louise Pryke is a lecturer in languages and literature of ancient Israel at Macquarie University in Australia. This article was first published on The Conversation.