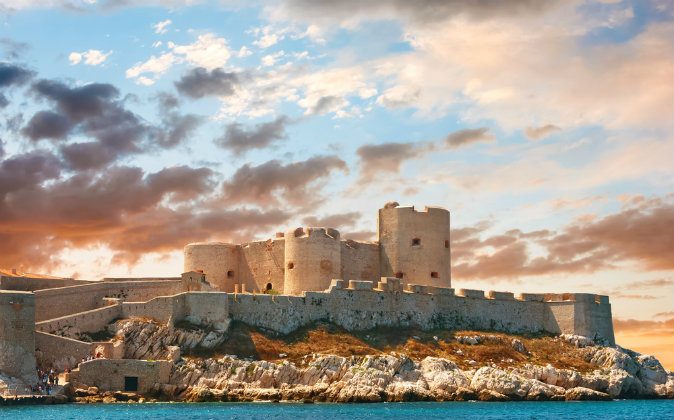 Marseille – the Other French City You Must See

Marseille wasn’t on my original itinerary. After touring chateau of the Loire Valley and exploring Bordeaux I planned to visit Toulouse and St. Girons in the French Pyrenees, but there was a problem. Bad weather had been following me around France. I’d had one lovely sunny day in Mont Saint Michel and another one in Tours, but the rest of the time it either was gray and chilly or it rained. The foul weather had been bearable in October, but by November the temps had dropped and rain that had been an inconvenience turned bone-chilling.

The beauty of traveling nomadically is that I have no fixed schedule and can change my plans on a whim. I whipped out the laptop and Googled a map of France, looking for warmer destinations. Far south, in the heart of the French Riviera, Marseille stood out like a beacon. Wikipedia told me that the average high temperature in November was 59.2 degrees, and the more I read about Marseille, the more intrigued I became. I hopped over to the website for SNCF, the French National Railway Company, and discovered that high-speed TGV trains ran directly between Bordeaux and Marseille. Now I only had to find a place to stay. A final web search turned up Vertigo Vieux-Port Hostel, centrally located in the old port area, within walking distance of restaurants, the central market, marina, and the famous Notre Dame de la Gare church. The reviews looked fantastic and the price was right at $31 per night for a four-bed female dorm with ensuite bathroom. The planets had aligned; I was Marseille bound. A couple of quick telephone calls later I had train ticket and a reservation for the next two nights.

I fell in love with Marseille immediately. My hostel was located a short stroll from the Vieux Port (Old Port), once an international hub where goods arrived from and were exported around the world. By the late 19th century, ocean-going ships had grown so large that the 20 foot depth of the harbor was no longer sufficient. A new commercial port with deeper docks, La Joliette, was constructed to the north and the Vieux Port gradually evolved into a city marina.