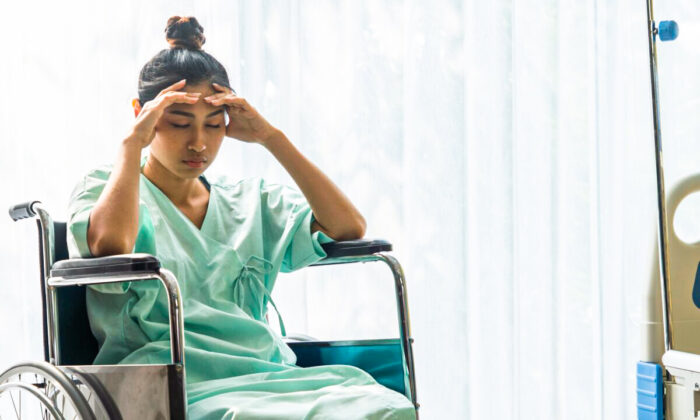 In 2021, obstetrics and gynecology had the highest percentage of malpractice cases with 83 percent of obstetricians having been sued during their career. (Blue Planet Studio/shutterstock)
Mind & Body

Thirty years ago, I had a newly pregnant patient come into my office. She was only a week late on her period. We did the routine prenatal labs and all was normal. The following week, the patient moved to Seattle, and I didn’t hear back from her until I got a notice 10 months later that I was being sued. Apparently, her baby had some unusual anomalies.

I was being sued because she claimed that I didn’t tell her that her baby could have such unusual anomalies, and if she would have been forewarned, she would have had an abortion. This was the first time I was ever named in a lawsuit. Needless to say, the lawsuit was thrown out, but from that point forward, I was on full guard.

Malpractice is generally defined as medical misconduct by a physician or surgeon that’s either injurious to the patient or unprofessional.

I’ve now been in practice for 35 years and do a fair share of expert evaluations for medical-legal cases. The vast majority are for the defense, but I do take serious malpractice cases for plaintiffs. I’m also an expert examiner for the Medical Board of California. It’s our obligation to protect patients from physicians and nurses who don’t take their oath of doing no harm seriously.

Malpractice suits, deserved or otherwise, can take a severe toll on a doctor, but perhaps not as serious as the toll they took a few thousand years ago. An introduction to medical malpractice published in Clinical Orthopaedics and Related Research in 2009 recounts the Code of Hammurabi from 2030 BC. It was the first known medical malpractice law. It decreed:

Fortunately for modern physicians and surgeons, the penalties today are largely monetary. And some specialists are much more likely than others to face these penalties. In 2021, obstetrics and gynecology had the highest percentage of malpractice cases, with 83 percent of obstetricians having been sued during their careers.

Such a high percentage of physicians being sued raises the question of what really constitutes malpractice. The current legal standard is that a physician, nurse, or hospital provides substandard care and harm is caused. Notice how I said substandard, not sub-excellent. Not all physicians, nurses, and hospitals are excellent. Missing a diagnosis such as misreading a mammogram can be malpractice, or it might not if a reasonably capable technician should have been able to read it. If it was a tricky diagnosis, that might just mean the person reading the mammogram wasn’t quite capable enough.

I recently reviewed a case where a woman had bladder surgery for “leaking urine while she was walking.” Her physician told her that she needed surgery, and was the doctor to perform it. This was in a smaller town, where there were really limited options. Instead of referring her to a specialist who does these bladder surgeries all the time, this doctor, who was a general surgeon, felt it was within her wheelhouse of qualifications.

Needless to say, the surgery didn’t go well, and to make matters worse, the doctor didn’t recognize the complications and the patient got sepsis (a serious infection). She was finally transferred to a regional center where a qualified urologist was able to help the patient and repair the damage from the first surgery. This is an obvious example of malpractice. The first surgeon had no business providing a service that she wasn’t qualified to perform. The physician and hospital settled, and this woman, thankfully, is doing well. There are many other cases where the outcome wasn’t as fortunate.

In 2020, the Journal of General Internal Medicine published a review of deaths due to medical error. It found that the number of preventable deaths for hospitalized patients is slightly more than 22,000 per year, as opposed to the previous claims of 44,000 to 98,000 deaths per year.

“The number of deaths due to medical error is lower than previously reported and the majority occur in patients with less than 3-month life expectancy,” the review reads. “The vast majority of hospital deaths are due to underlying disease.”

This brings us back to what malpractice really is. No one wants bad outcomes, but sometimes, bad things happen. This same type of skewing of statistics is used when quoting COVID-19 deaths. There are mounting questions about how many people died from COVID-19 versus those that died from other causes, but also had COVID at the time.

Roughly 20 years ago, a patient of mine had a difficult delivery. She also had a difficult marriage. Eight months after delivery, I received a subpoena of records because I was being sued by this man and woman. They, really the husband, had claimed that they weren’t able to have intimate relations with each other after delivery, and somehow, I was at fault.

I reviewed the records and found no problem. Her post-delivery visit was normal as well. The most rewarding aspect of this lawsuit was that six weeks later, I received a notice that the suit was being dropped. I found out that this woman was pregnant, and they were now getting a divorce. A difficult marriage isn’t grounds for medical malpractice.

Malpractice is a difficult problem, because there are doctors that make errors and there are just terrible things that happen to people. Sometimes, it’s difficult to tell one from the other, especially in a litigious culture with billboards and TV commercials promising to make someone else pay for your pain and suffering.

Fear of being sued can affect patient care for the worse, with some doctors practicing defensive medicine, basically overtreating patients as the safer course should something go wrong. This in itself can lead to problems. The threat of lawsuits can also make it harder for physicians to deal with actual problems in the course of treatment. Everyone makes mistakes, but if you’re afraid of being sued, it can make it harder to own up to them.

Dr. Atul Gawande of Harvard said it best: “I think we are faced in medicine with the reality that we have to be willing to talk about our failures and think hard about them, even despite the malpractice system. I mean, there are things that we can do to make that system better.”