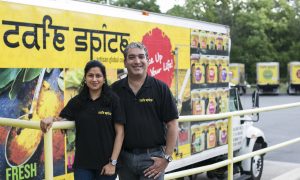 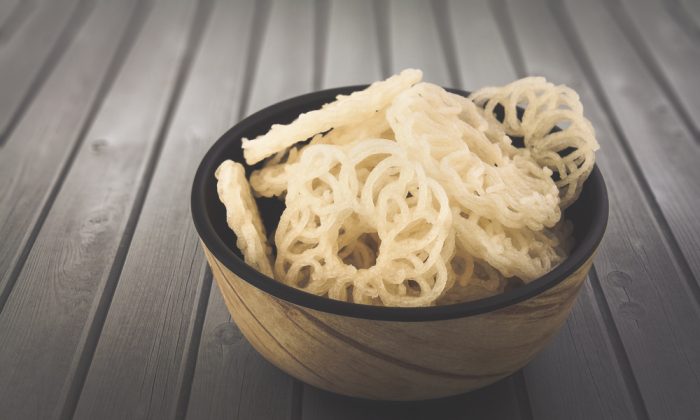 The making of traditional vathals, vadagams, and vadams harness the power of the sun. (Shutterstock)
Food & Dining

As a little girl growing up in the south of India, my summer holidays were filled with promise.

There was the yearly vacation to look forward to, of course, but apart from that, there were visits to the community pool, lazing around reading books all day, eating creamy, ice-cold, pistachio-studded kulfis, and day trips to the hills of the Nilgiris. Summer meant day after languorous day filled with laidback summer activity.

It was during the summer holidays that I learned to cook, as a child, by watching my grandmother and mother in the big stone-walled kitchen of the rambling house I was lucky enough to call home.

One of summer’s lasting traditions was the making of vathals, vadagams, and vadams, a production that took over the entire household. My grandmother, with the air of the conductor of an orchestra, would commandeer the kitchen.

Several ladies would come up from the village to help, and everyone would set about their tasks with the precision of a well-oiled unit: preparing vegetables, soaking them in buttermilk, prepping lentils and spices, making rice gruel or porridge. I would “help” as well, but really that just meant that I got underfoot a lot.

The making of vathals, vadagams, and vadams is a uniquely South Indian tradition that harnesses the power of a widely available natural resource here in India: the sun! It is the culture of sun-drying vegetables (vathals); mixtures of lentils and spices (vadagams); and fermented pastes made from rice, rice flour, sago, or semolina (vadams).

Historically, this was a technique used to preserve summer produce throughout the year, which could then be used to add taste and texture to dishes and prop up meals during leaner times.

The names for vathals, vadagams, and vadams are often used interchangeably, but they shouldn’t be. Although they are all sun-dried, there are differences between the three.

Vathals are dried vegetables and fruits that can be used in cooked dishes such as sambhar (a lentil-based gravy), or fried and eaten along with a mixture of rice and yogurt as a meal. There is no limit to the number of vegetables and fruits that can be sun-dried, but perennial favorites include green mangoes, okra, eggplants, pumpkins, potatoes, cluster beans, and capsicums.

Vadagams, meanwhile, are dried balls composed of lentils and spices. Sometimes they are powdered to make a mix called podi, which is then eaten with rice or fermented foods such as dosas (a savory fermented pancake) or idlis (steamed rice cakes). They are also delicious deep-fried and eaten as a snack.

Vadams are prepared by making a paste or a gruel of rice, which is then flavored with asafoetida, salt, green chilies, and carom seeds. The gruel is left to ferment overnight, and the next day it is spread out onto cloths to dry. Although the mixture is delicious enough to be eaten raw, as children, we were discouraged from this by the promise of fried vadams as a treat, once the mixture had dried.

I was often hired to chase crows away from the drying vadams, and I took my job very seriously indeed. I would sit in the shade on the terrace, keeping an eagle eye on the vadams, and if a crow dared to approach I would emerge from my seat and flap my arms wildly until it thought better of snacking on our vadams. I was often paid a nominal sum of money (that would then be used to buy candy) but it was the payment in delicious fried vadams that I liked best.

Vadams have been recorded as a part of South Indian food culture since at least 1000 AD. Eminent food historian Dr. K. T. Achaya says as much in his book, “Indian Food: A Historical Companion,” where he quotes the Bhavissayattakaha, a 10th-century text. While describing a sample meal of King Shrenika, the ruler of the ancient Indian kingdom of Magadha during the sixth century BC, the text notes that “items such as parpata (papad) and vartaka (vadam) were common.”

Although I have my grandmother’s various recipes for vadams, vathals, and vadagams, I had never tried making them myself. This year, I sought to correct that oversight.

I soaked rice, ground it with green chilies and sesame seeds, flavored it with asafoetida and turmeric, and left it to ferment overnight. The next day, I cooked the mixture over a low flame, and then ladled spoonfuls of the mixture onto a clean white cloth to dry in the sun.

I hired the little girl who lives next door to be my crow-chaser-in-chief, and that evening, when I fried my very own vadams to share with my family and friends, I felt a sense of satisfaction that is difficult to explain. My grandmother’s recipes live on through me, and someday will be passed on to my own children.

Soak the sago in a mixture of buttermilk and 2 cups water for one hour. Boil the remaining water and mix the sago in it, stirring continuously to avoid lumps. Cook until mixture is thick (like oatmeal). The mixture should neither be too thick or too thin. This is very important. If it becomes too thick, you can add a little water while cooking.

Grind the green chilies to a fine paste. Add the chili paste to the sago mixture along with the salt, lime juice, and asafoetida.

Spread a thick damp white cloth and pour about a tablespoon each of the sago mixture in small circles on the cloth, leaving some space between. Dry the vadams in the sun for about two days.

Invert the cloth onto a clean surface, like a wooden plank or plastic sheet. Sprinkle a few drops of water over the vadams and pull them carefully from the cloth. Dry them thoroughly and store in an airtight container.

Awanthi Vardaraj lives and writes in Chennai, in the south of India. Her work has appeared in BBC, NPR, Washington Post, BuzzFeed, and Saveur. Read her work at Awanthi.com