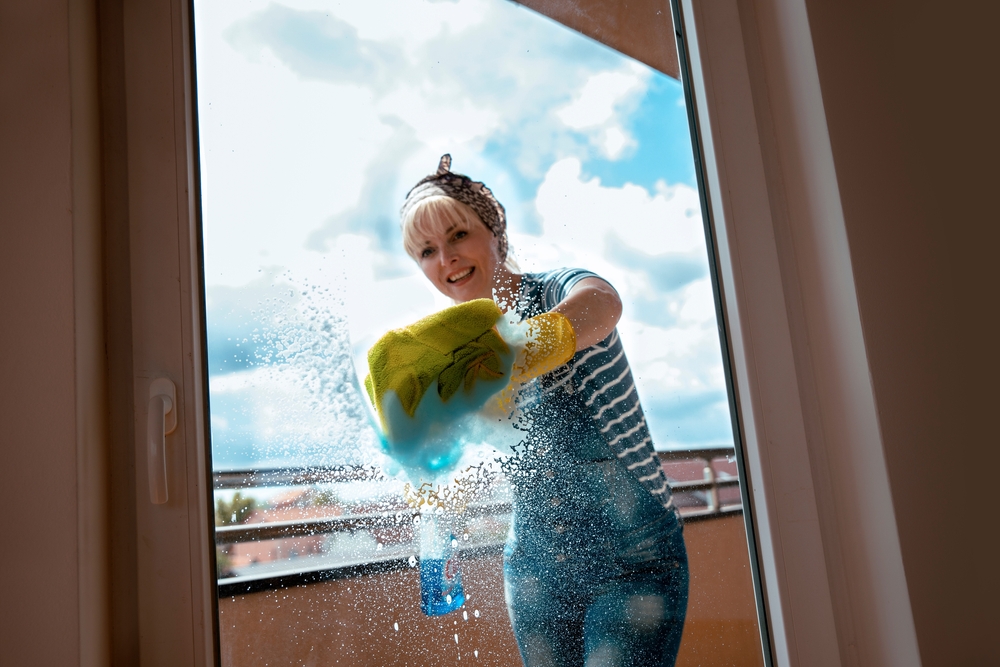 Whether or not you have to deduct Social Security taxes from your nanny's pay depends on several circumstances. (Pearl PhotoPix/Shutterstock)
Earning Money

Maids and Nannies and Social Security

Sometimes I think my wife and I are the last middle-class couple in the country who haven’t hired a maid to clean the house. I know we’re the last couple in our neighborhood who are “maidless.” Every week, up and down our block, I see maids pulling up to houses, getting out their vacuums and buckets and other cleaning gear, and spending a couple hours or so making our neighbors’ houses gleam. Meanwhile, my wife and I run our fingers across dusty tabletops and windowsills and wonder if we should be doing the same.

Actually, this past Christmas, I seriously considered hiring a maid service as a gift for my wife. Although, in truth, it would have been a gift to myself, too, because I’m the one who straps on the apron once every week or two and dusts and gets down on my hands and knees to scrub the kitchen and bathroom floors. My wife does the vacuuming and cleans the sinks and toilets.

Anyway, I finally decided that even though we are in our mid-70s, we could continue with these biweekly household chores. Besides, some of the maids I see in our neighborhood don’t look like they need the money. A couple of them drive much nicer cars than we have!

But all that got me to thinking about a column I wrote a long time ago about hiring maids and nannies and other household help and how it relates to Social Security. I found it, “dusted it off,” (get the pun?) and am presenting it here again today.

Q: We are going to hire a nanny to help care for our two small children. We’ve heard different opinions about whether we will have to deduct Social Security taxes from the wages we will be paying this person.

Can you please clarify this?

But if you have simply hired a woman to serve as your nanny, then you may have some tax obligations. If you will pay her at least $2,100 per year, then you must deduct Social Security and Medicare taxes from her pay. And you must report those tax payments to the federal government. To learn how to do that, you should read an IRS publication called “Household Employers Tax Guide.” You can find it on their website. Here is a link: IRS.gov/publications/p926/index.html.

Q: We have hired some maids to clean our house. They show up once a week and spend about three or four hours vacuuming, dusting, etc. We don’t have to withhold taxes from the money we pay them, do we?

A: Probably not—if by “hired some maids” you mean you’ve contracted with one of the many companies that supply maids to households. If so, you’re probably paying the company a fee, and then that company, in turn, pays a wage to their employees and deducts taxes from their paychecks.

But if you did simply hire some person “off the street” to come in and clean your home, and assuming that person doesn’t run a housecleaning business, i.e., is self-employed, then you must follow the IRS rules outlined in my answer to the first question.

Q: We’ve hired a nanny, and I know we’re supposed to deduct taxes from her paycheck. But she has pleaded with us not to do that. She said she would prefer having us just give her that money rather than send it to the government. So far, we’ve abided by her wishes. But I’m wondering if we could get in trouble for this.

A: If you were asking this question of someone at the IRS, I’m sure they would tell you: “Yes, you are breaking the law!” But since you asked me, a retired old goat who happens to write a column about Social Security issues, I’d say: “Well, you’re certainly not alone.”

As I said at the start of this column, my wife and I have never hired any household help of any kind, so I have no direct experience in these matters. But we lived for many years in an exclusive suburb of San Diego, California. (We were the poorest people in a neighborhood of fat cats and yuppies—think “The Beverly Hillbillies”!)

Anyway, we were surrounded by folks who hired nannies, maids, yard workers, and other people to do for them what my wife and I have always done for ourselves. And I learned from talking to my neighbors and others in the community that almost none of them paid Social Security or other taxes for their hired help. And I never saw any of those folks hauled off to jail.

Now, if you were planning to run for political office someday, then I’d suggest you immediately get that IRS pamphlet mentioned in the first answer and start doing the right thing and paying those taxes. Every once in a while, you hear a “nannygate” story about a Supreme Court justice nominee or some other high-powered political aspirant who loses his or her chance at an influential position because he or she failed to pay taxes for a nanny or other hired help.

And here is one final message directed at your nanny. Just tell her that you heard from an old Social Security guy who interviewed hundreds of retiring nannies, maids, and other household workers during his career, most of whom rued their shortsighted decision to forgo the payment of Social Security taxes and were stuck facing their senior years with minimal or even no Social Security or Medicare coverage. It’s something she should seriously think about.

Tom Margenau
Follow
If you have a Social Security question, Tom Margenau has a book with all the answers. It's called "Social Security -- Simple and Smart." You can find the book at www.creators.com/books or look for it on Amazon or other book outlets. To find out more about Tom Margenau and to read past columns and see features from other Creators Syndicate writers and cartoonists, visit the Creators Syndicate website at www.creators.com.
SHARE
Friends Read FreeCopyFacebookTweet
You May Also Like