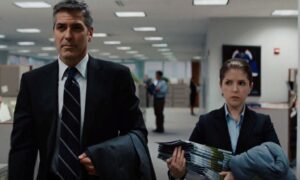 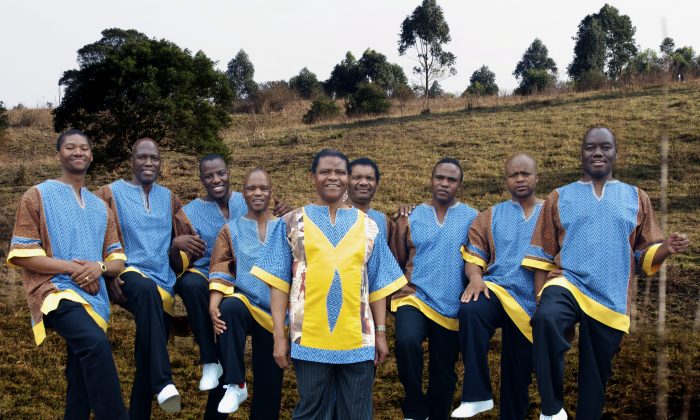 NEW YORK—The Masters of African Music concert (presented by Town Hall in association with the World Music Institute) opened with an engaging singer-musician named Samite, who appeared on the stage alone. A charming performer, Samite is also the founding director of the nonprofit Musicians for World Harmony.

Samite sings and plays flute, kalimba, and other instruments. He told of his escape from Uganda, where he was raised when the country was under the dictator Idi Amin Dada. He now lives in Ithaca, New York, and told a funny story about his mother joining him there and experiencing snow for the first time. He sang songs about Uganda, “a beautiful country despite the politicians,” and performed an uplifting piece he wrote for his daughter.

Next on the program was Bakithi Kumalo (a fretless electric bass player who also sings). With him on stage were Brazilian percussionist Manny Assis and Capetown native Morris Goldberg playing saxophone and pennywhistles—sometimes two at a time.

Like Ladysmith Black Mambazo, Kumalo achieved worldwide fame when he played on Paul Simon’s 1986 “Graceland” album. On the hit “You Can Call Me Al,” Kumalo played bass and Goldberg pennywhistle. Their music is jazzy and infectious, and had the audience singing along at various points.

The featured act was the acclaimed vocal ensemble Ladysmith Black Mambazo. The group was founded in the early 1960s by Joseph Shabalala, who came from the town of Ladysmith in South Africa. Mambazo is the Zulu word for chopping ax, a reference to the group’s ability to chop down their competitors in singing contests.

Like Kumalo, the group became world famous when they performed on Paul Simon’s “Graceland” album. Ladysmith Black Mambazo has won four Grammy Awards and been nominated 16 times, including this year for “Music from Inala.”

Joseph Shabalala no longer tours with the group, but four of his sons are members of the nine-man a cappella ensemble. The members take turns singing lead and they all dance, with a lot of high kicks.

From the “Graceland” album, they performed “Homeless.” They also sang a tribute to Nelson Mandela, “Long Walk to Freedom.” The subjects of their songs ranged from the plight of mine workers to a piece about a man looking for love. The personnel may have changed over the years, but they still have a recognizable mellow sound.

Coming up at Town Hall will be Jackson Browne and Raul Rodriguez on March 2 and 3, the Chieftains on March 12, the Pakistani Sachal Ensemble on April 7, and the Romanian Fanfare Ciocarlia with Eugene Hutz on April 22.